You may have heard a lot of buzz about gut health in 2018, but it isn’t just another super fad that will come and go in a matter of months. Gut health has been a fundamental health concern throughout Western History - even Hippocrates, the Father of Medicine himself, stated that "all disease begins in the gut".

It’s no wonder that gastrointestinal issues are some of the most common health problems we face in modern times, considering all the lifestyle factors that wreak havoc on our digestive system. While the health of your gastrointestinal tract can be temporarily relieved with conventional medicine, there are many concerns about over-reliance on these types of meds that have caused many people to look for alternatives. One of these alternatives is an all-natural superfood known as Beef Gelatin. Let’s explore further.

Why Should Your Gut Health Be A Priority? 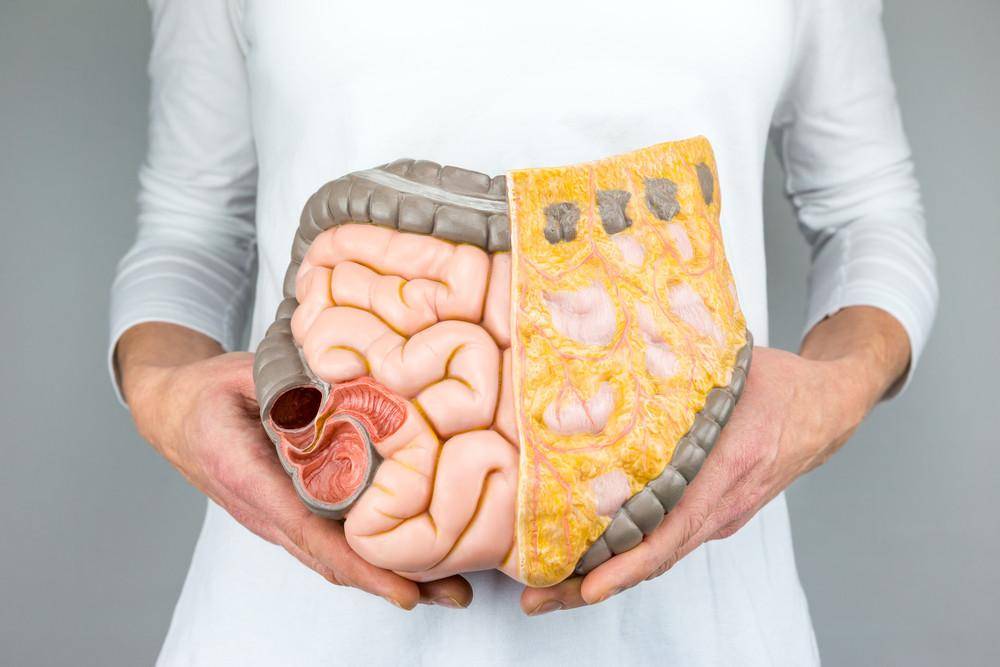 Your gut, also referred to as the gastrointestinal tract, is often described as the body’s second brainin layman’s terms. We’ve all heard people say, “I had a gut feeling” which many believe to be the best guide through some of life’s most stressful situations. However, it is this feeling that many would argue is linked to more than simply intuition. Scientists and psychologists alike consider our gut to be the communication center in charge of both receiving and sending out signals to the brain. Therefore, apart from the gut’s main physiological function of absorbing nutrients, it is also the body’s “battlefield” when it comes to fighting off viruses and diseases.

The gut represents a complex system of organs, which some would be surprised to learn includes the mouth, esophagus, stomach, small intestine, pancreas, liver, gallbladder, colon, and finally, the rectum. As the name itself implies, the digestive system is in charge of the process of digestion, including the intake and absorption of essential nutrients necessary for the normal functioning of each one of us.

Each stage of digestion, starting from when we put food in our mouths to where it ends up in our colon and then rectum, occurs in the gastrointestinal system, making it one of the principal functions of the human body. Additionally, the immune receptors located in the digestive tract play an important role in the functioning of the immune system, since they trigger hormones and produce various good bacteria types necessary for fighting off disease.

Your gut largely affects other critical areas of health as well, which multiplies its importance. Since the gut acts as a communication center in the body, it interacts with the brain sending out signals and information. The gut also receives signals and information from the brain. The gut informs the brain of the presence of a stressor and together they determine the pace of digestion, manage feelings of hunger, and even control stress levels. A little-known fact about the gut is that it produces more than 90% of the body’s serotonin, known as the “happy hormone”, a study indicates. Therefore, the proper functioning of the gut will also affect mood and memory, in addition to digestion and the immune system.

One of the most frequently encountered gut disorders is known as leaky gut syndrome or increased intestinal permeability. While some doctors recognize leaky gut syndrome as an existing, treatable condition, others refuse to acknowledge it at all, causing a polarizing dispute in the medical world. Nevertheless, symptoms associated with this condition are certainly very real and quite common, including food sensitivities, bloating, digestive issues, skin problems, as well as digestive issues. The walls of the intestines in the digestive system are barriers which manage the absorbance of substances. In the case of leaky gut syndrome, these barriers become less selective about substances which enter the bloodstream, making it easier for toxins and bacteria to pass through. A leaky gut is believed to be the root cause of many other conditions too, including inflammation, migraine, thyroid disbalance, as well as certain skin conditions such as eczema and psoriasis.

Having a properly functioning gut lining is of utmost importance for your health, especially in order to avoid serious health issues like leaky gut syndrome. In case you’re already experiencing gut issues and you don’t feel comfortable relying on conventional medicine associated with an extensive list of side effects, the good news is: you simply don’t have to! A premium Beef Gelatin powder can positively affect gut health on many levels, and the best part is that you don’t have to make it yourself. It’s available in a highly bioavailable powdered supplement that you can add to almost any cooking or baking recipe. It’s also flavorless, odorless, and highly soluble to maximize ease of use in your daily life.

Beef Gelatin: A Gentle Superfood for Your Gut 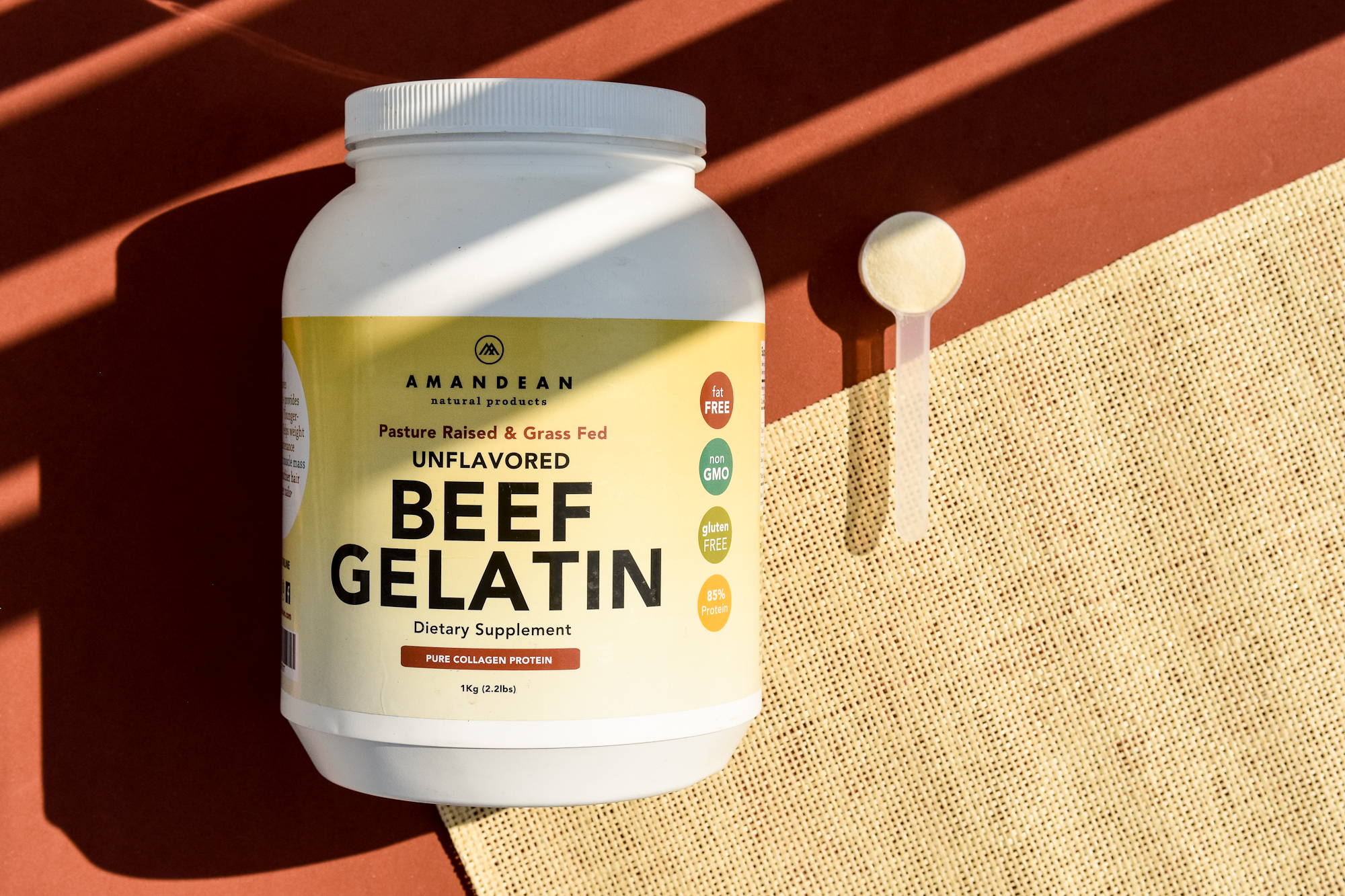 While you may envision gelatin as being a colored, sugary jelly that should normally be avoided in a healthy diet, Beef Gelatin is made from animal parts that we usually don’t include in our modern diets including skin, bones, and cartilage. Now, the fact that animal parts we normally throw away are in fact extremely beneficial may come as a surprise to some. However, if we tell you that beef gelatin consists mostly of collagen, the hype surrounding the best Beef Gelatin supplement should make much more sense.

Beef Gelatin is made as a by-product of processing collagen, and it contains the same valuable amino acids that are also found in a collagen supplement: glycine, proline, and valine, as well as, lysine, alanine, and arginine. When it comes to gelatin supplementation, we’re referring to a colorless, tasteless, and dehydrated gelatin in powder form, which can be mixed into everything from your favorite post-workout shake to daily cooking recipes like paleo-friendly snacks and even pizza crust. Beef gelatin is hot water soluble but can be used as a thickening agent in cold liquids. It will gel and thicken as it cools.

So, how is a Beef Gelatin supplement different from a wide variety of products that have recently flooded the wellness market? Gelatin, among many other of its health benefits, can positively affect joints and ease symptoms of joint pain and stiffness which increase as we age. Gelatin is also known to ease inflammation, due to its anti-inflammatory properties, reducing pain and promoting increased mobility and flexibility. Furthermore, the glycine found in gelatin is known as an inhibitory neurotransmitter, which has anti-anxiety and mood enhancing properties (since it promotes the production of serotonin), potentially boosting mental clarity and relieving symptoms of depression. Glycine has also been found to promote sleepiness and general sleep quality in people who have trouble falling asleep, according to a study. Gelatin, being a protein with low-calorie content, may also help in the weight-loss process since it can curb your appetite by making you feel full for a longer period of time. Many cross-fit enthusiasts include beef gelatin as a staple in their paleo diets and for weight maintenance.

Apart from the reasons above, one of the most talked about benefit of Beef Gelatin concerns gut health and digestion. Beef gelatin prevents intestinal damage by protecting the barriers of the intestinal walls, and preventing intestinal permeability, i.e. leaky gut syndrome. By reinforcing the gut lining, beef gelatin promotes the health of the entire organism, preventing the leakage of bacteria and yeast into the bloodstream which is the consequence of a leaky gut. Not only can beef gelatin help to prevent this condition, but it can also aid in healing a gut which has already been damaged by literally “filling in” the holes in intestinal walls.

Furthermore, the anti-inflammatory properties of glycine in beef gelatin can prevent the gut from becoming inflamed from food sensitivities. Inflammation compromises the structure and endurance of the intestinal walls and forms holes in the gut lining, which allow partially-digested food to enter the bloodstream and alarm the immune system.

Contrary to popular belief, you should not shy away from products that enhance gastric acid production in the body since the misconception that this causes heartburn is completely scientifically false. Quite the opposite, it is the lack of stomach acid that triggers heartburn in the first place! Gastric acid promotes healthy digestion and allows the body to process foods properly, avoiding inflammation, and the consequences we’ve already discussed above. Beef gelatin has been found to promote gastric acid secretion, fueling the digestive system and preventing gastric discomfort.

Gastric issues, especially leaky gut syndrome, are something you certainly want to prevent and manage in a timely manner. Don’t let an overflow of information coming from pharmaceutical companies confuse you about quick solutions. Turning to natural remedies and all-natural nutrition such as Grass-Fed Beef Gelatin is one of the safest and most sustainable choices you can make for your body. Head over to our online store to discover more natural products!