Where did the coffee craze come from?

Coffee is the most popular beverage in the world, with more than 400 billion cups consumed each year according to How Stuff Works. Nearly half of Americans over the age of 18 drink coffee daily, and they don't stop after just one cup. On average, American coffee drinkers consume about three and a half cups every single day. And if you think that's a lot, wait 'til you see how much the Finns drink!

Without a second thought, your coffee is already brewing and ready to fill your mug in the morning before you even know what you're going to wear! So what *stimulated* this global coffee craze? How has an Ethiopian bean (or rather, a seed) become a beloved cultural and culinary staple in nearly every country in the world? For a deeper dive, I recommend listening to the podcast "Filter Stories – Coffee Documentaries", but for now, here's its history in a nutshell.

According to the National Coffee Association, coffee's roots trace back as early as ninth-century Ethiopia. Legend has it that an Ethiopian goat farmer named Kaldi noticed that his goats became especially rambunctious after eating the berries from a certain tree. Kaldi then shared his discovery with a local monastery whose monks then made a drink using the berries and experienced an energy boost big enough to help them stay alert through their evening prayers. Word of this magically energizing bean spread East, and by the 15th century coffee was being cultivated in Arabia. For two centuries, coffee culture grew throughout Arabia, Persia, Egypt, Syria, and Turkey as a social drink to be enjoyed with music, dance, games, and conversation.

Then, in the 17th century, coffee made its way to Italy and the "coffee house" began to spread throughout the continent. By the end of the 18th century, coffee had become one of the world's most profitable export crops. Fast forward to today and the coffee house is still around, only we call them cafes and stock them with seasonal lattes, expensive espresso-making machinery, free wifi, and baked goods. It's the cafe where meet and greets take place, old friends reconnect, and remote workers seek reprieve from their home offices.

Coffee's rich history confirms that it's not just the 9-5ers who are burned out, people have always been tired! That explains why coffee, a natural stimulant, has become a staple in peoples' daily routines. Taste preferences aside, does a morning cup of coffee really boast the greatest health benefits of any caffeinated beverage? Here are some quick health benefits of coffee, and below, some coffee substitutes. 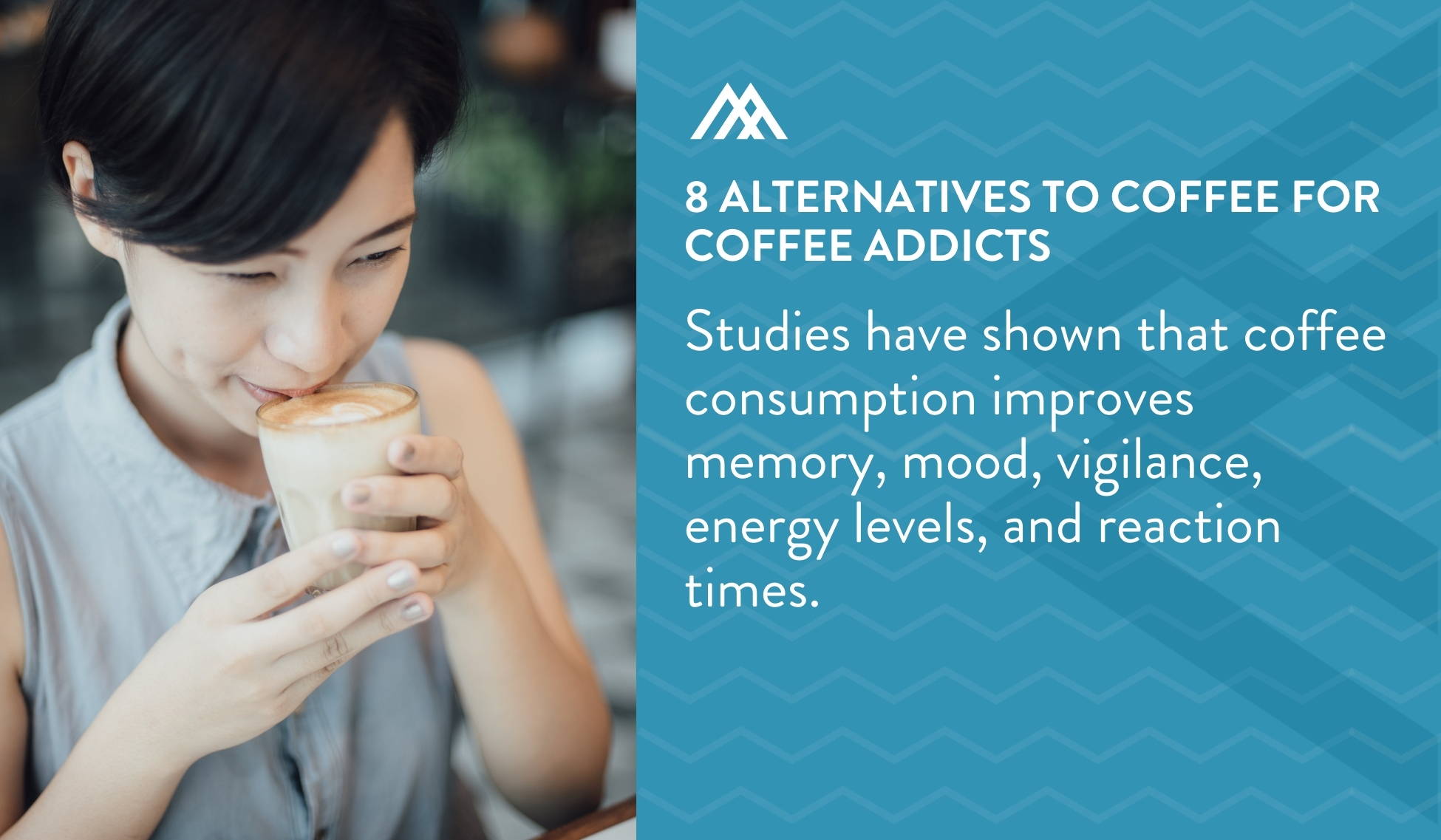 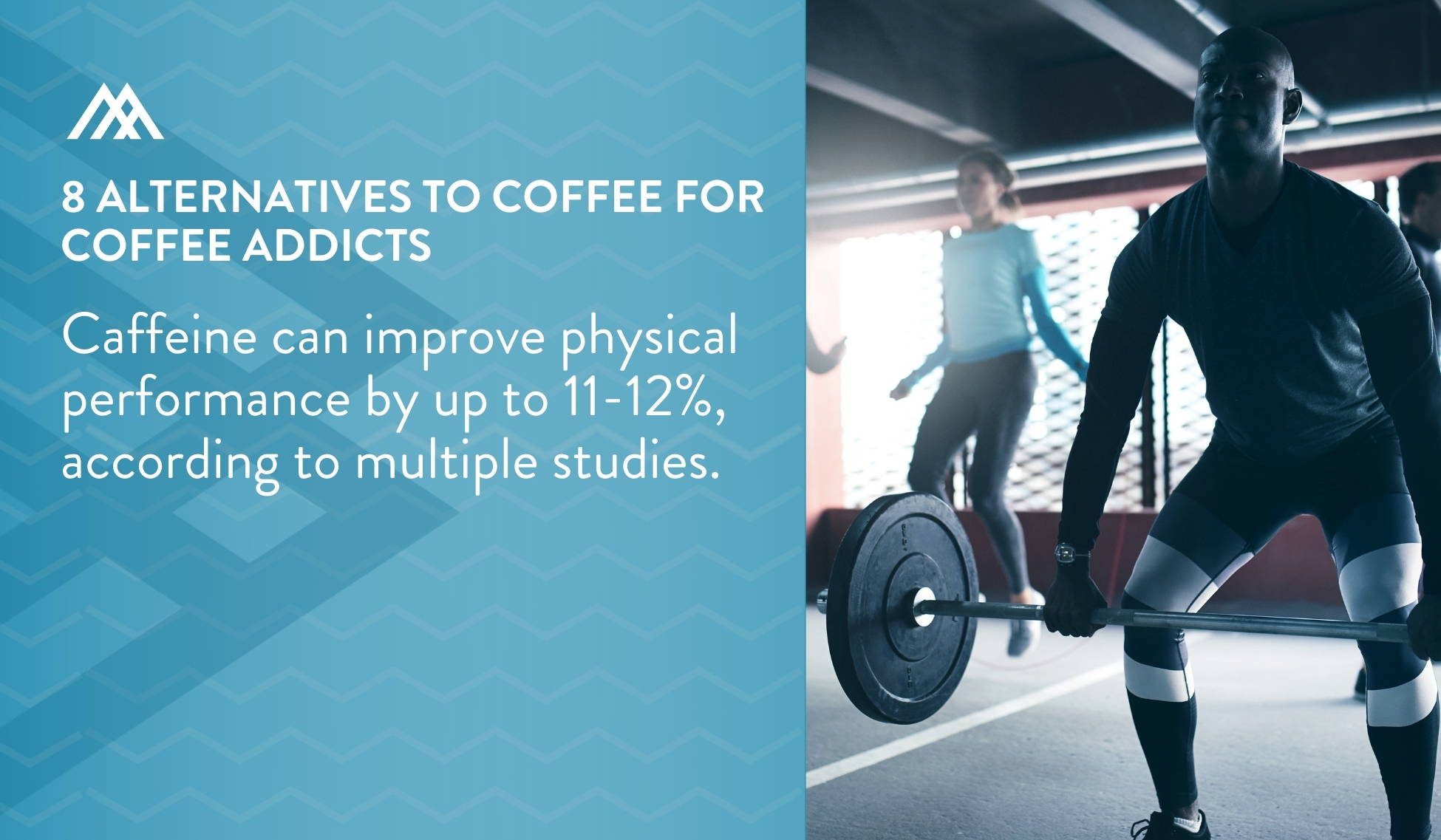 For all its benefits, coffee does have its downsides. The FDA has advised that daily caffeine intake of up to 400 milligrams, about four or five cups of coffee, is not generally associated with dangerous, negative effects. However, sensitivity to caffeine varies between individuals. In some cases, coffee has been known to cause:

Joe Schmoe: Great Alternatives to The Ol’ Cup of Joe

Despite all its benefits, coffee isn't the only "super beverage" that can increase alertness and energy levels. Some of the beverages listed below are great at supporting the immune system and a healthy gut, while also providing additional vitamins and minerals, and different flavor profiles than the ones you may be used to. 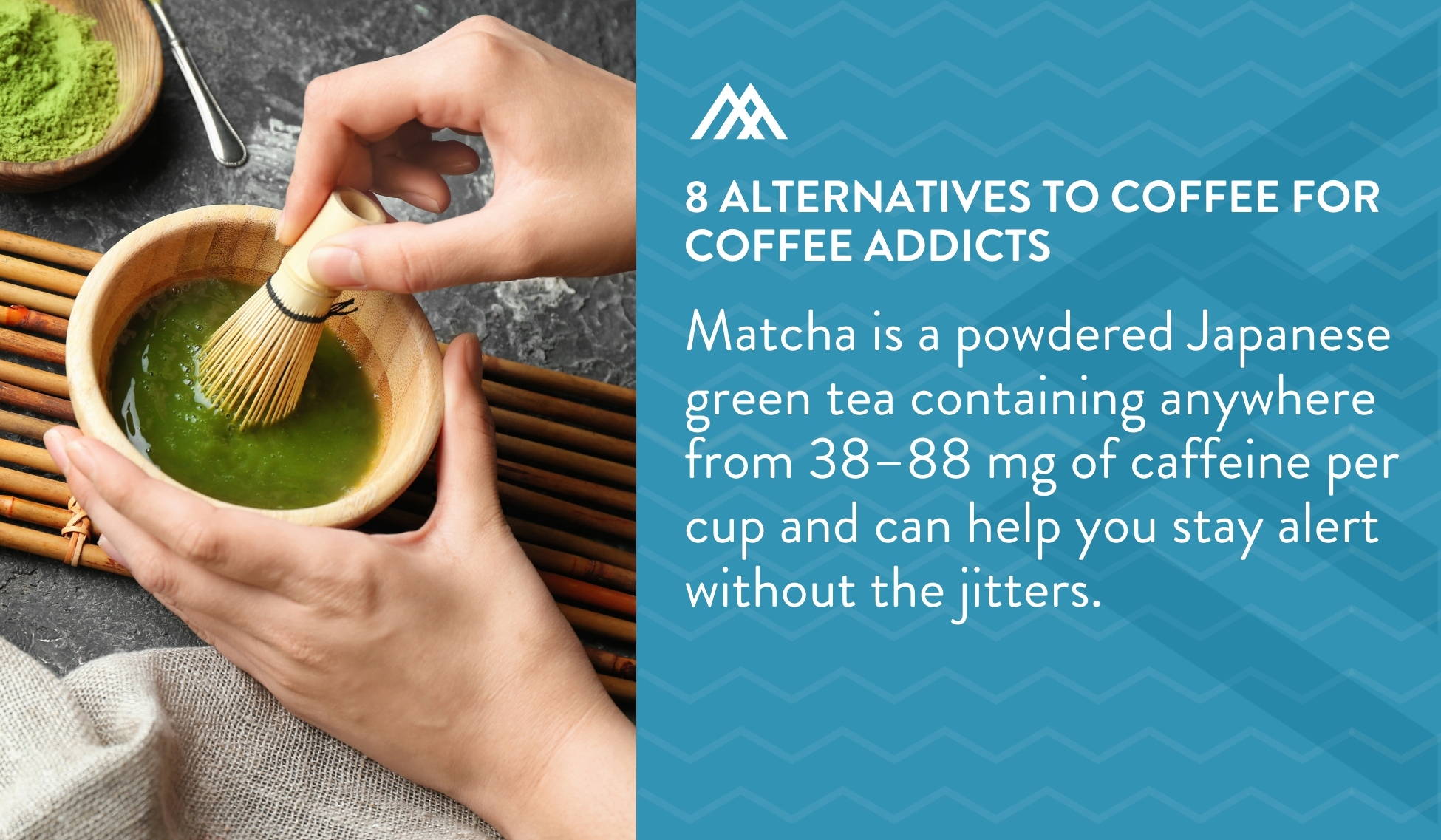 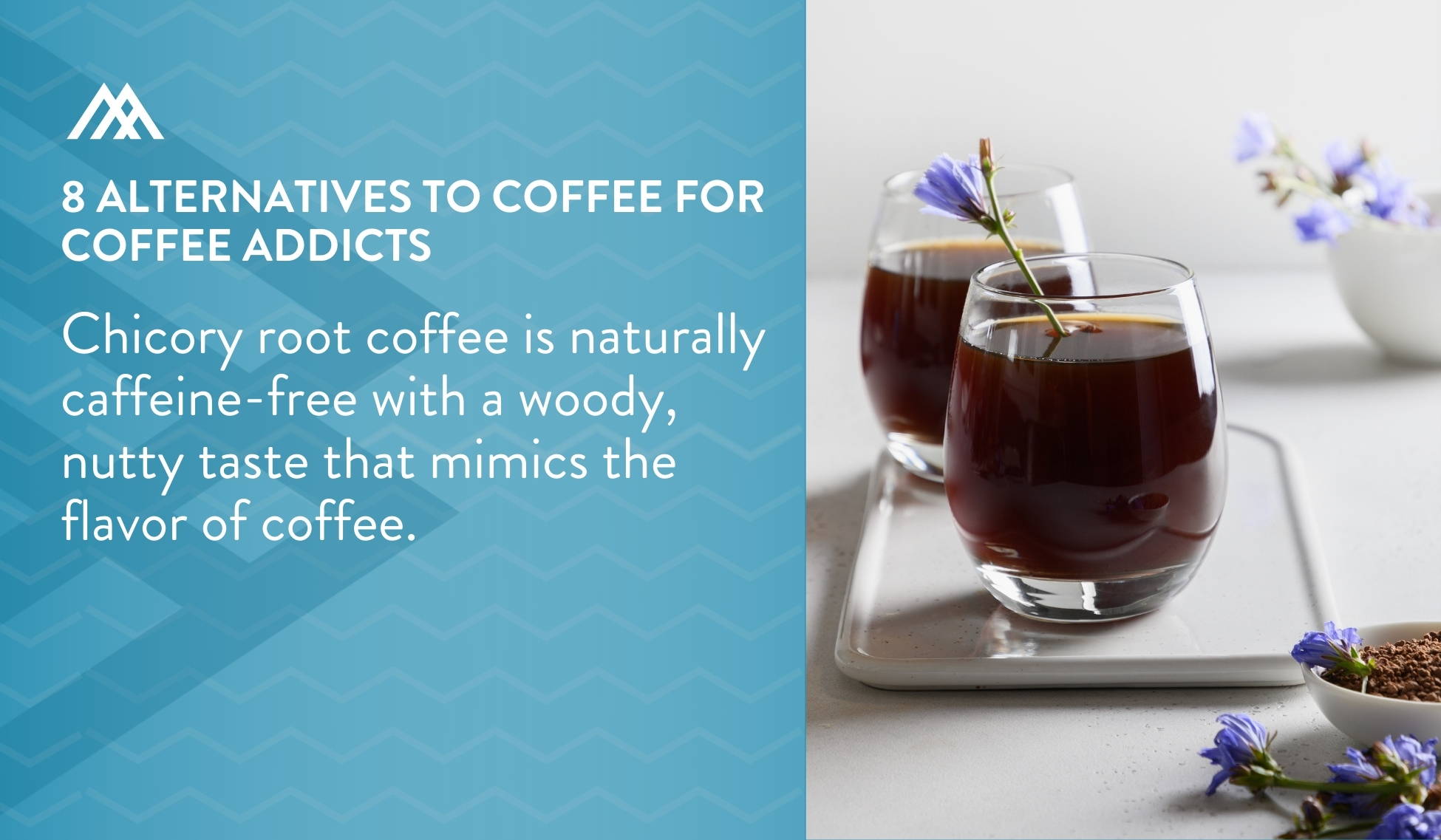 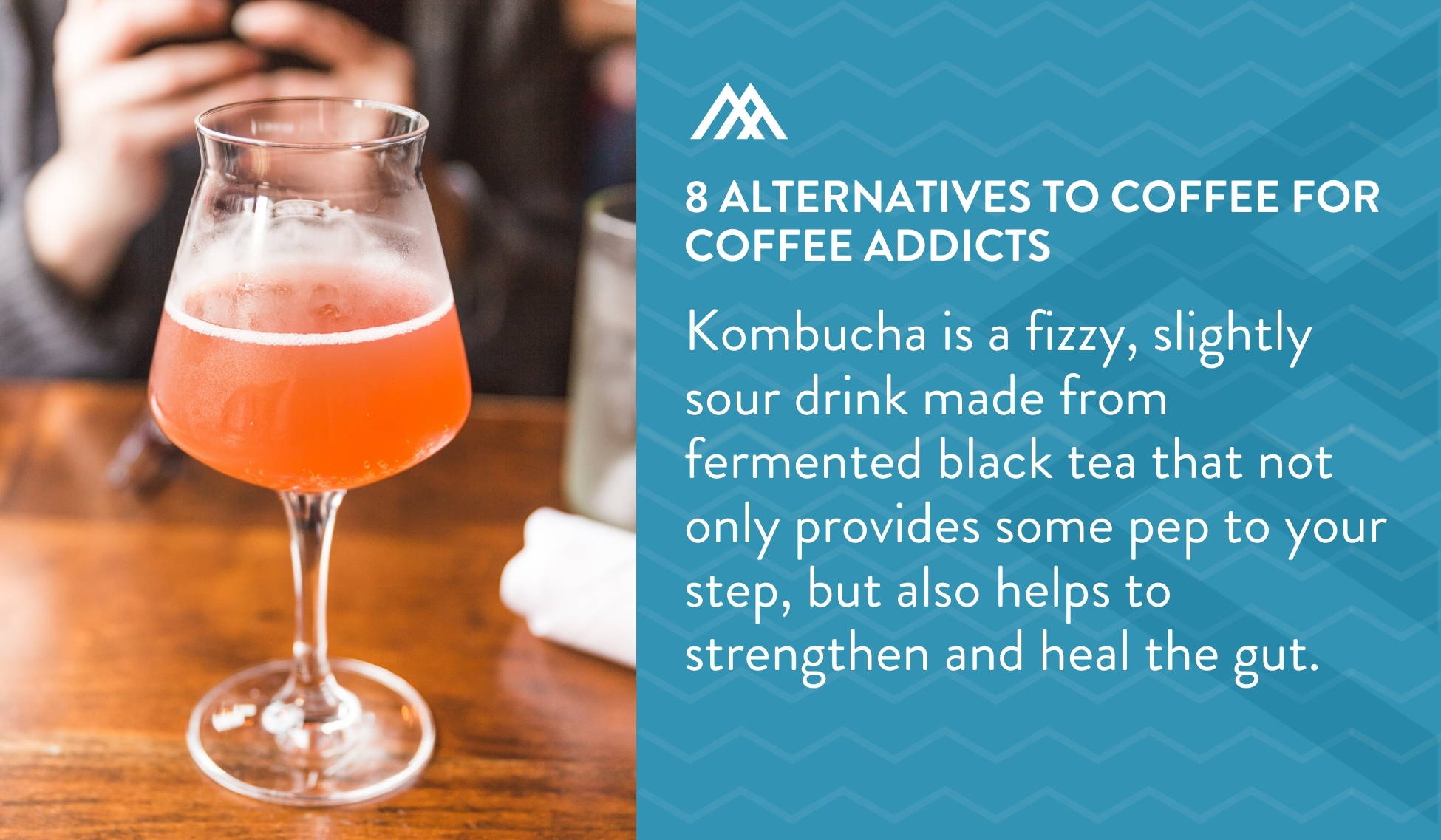 Coffee is one of the simple joys in life -- but it doesn't have to be the only one! Save some space in your day (and your heart) for that perfect cup of coffee, and leave room for change too. Your sleep schedule will thank you!