Nail health is no joke!

Movies and pop culture have really underplayed the severity of broken nails. Movie tropes, like the classic "What -- afraid you'll break a nail?" line, make nail health seem like a frivolous, cosmetic flaw that you can "rub some dirt on it” and move past. In reality, nail health is no joke! Think about how pesky and painful a hangnail can get, or the throbbing pain that arises with every step, thanks to an ingrown toenail. Perhaps worst of all, cracked and split fingernails can make daily tasks painful and awkward.

The health of our skin and nails can tell a lot about one's overall health. Left untreated, or when not given the proper attention or care, cracked and split nails can cause infections (Paronychia) or even go unrecognized as a symptom of an underlying condition. 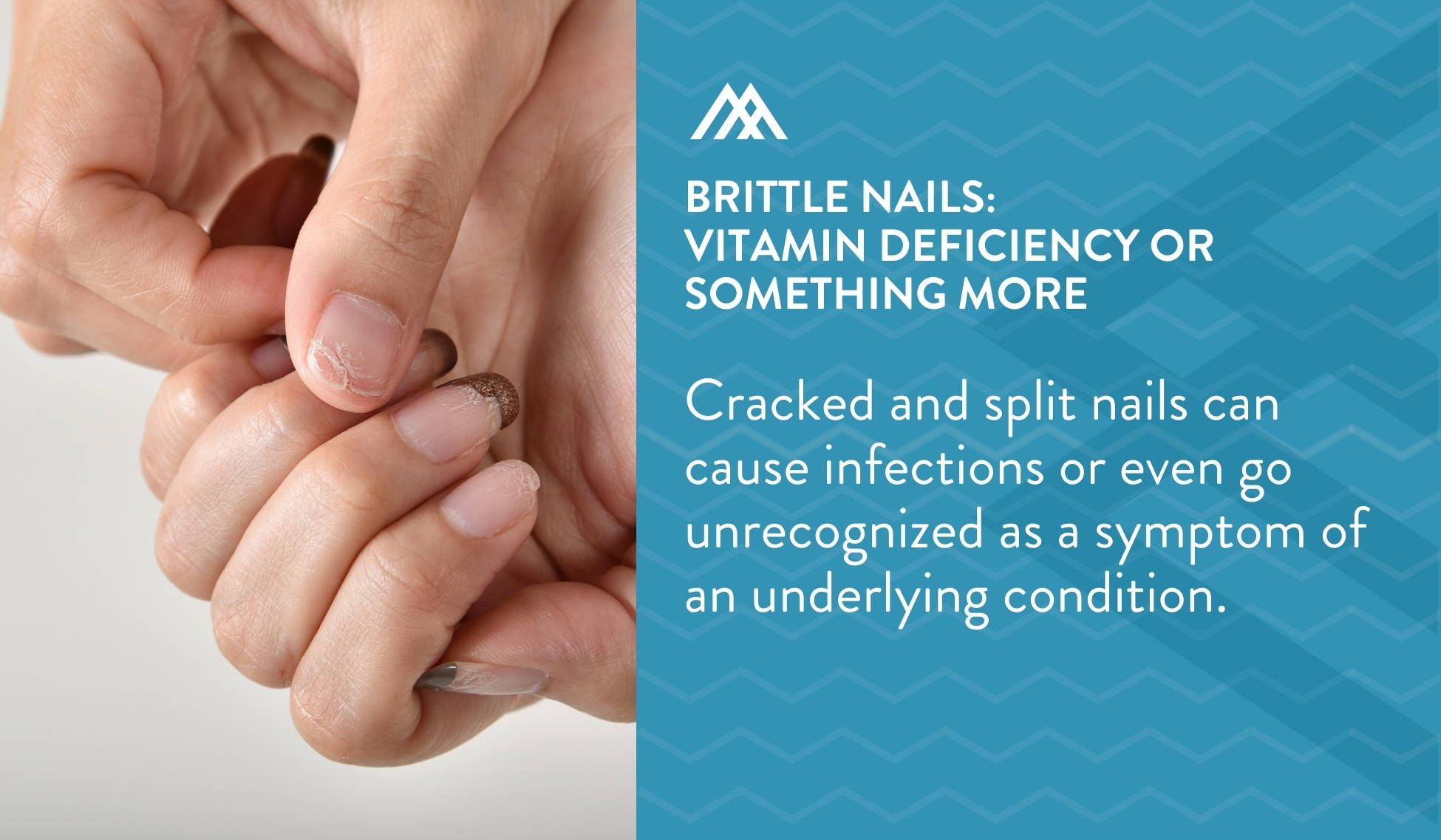 What causes fingernails to become brittle?

Our nails are made of the same substance as our hair follicles; a protein called keratin. Just as certain medical conditions and exposure to harsh chemicals or heat can cause hair loss and breakage, there are a number of things that can cause brittle, splitting nails. According to the American Osteopathic College of Dermatology (AOCD), there are two types of brittle nails, or onychoschizia: dry and brittle or soft and brittle. Dry and brittle nails are prone to cracking, splitting, and splintering. Dry nails are the result of too little moisture, while on the other hand (catch my joke?) soft and brittle nails are the result of too much moisture and are more susceptible to bending, cracking, or tearing. Of the two types, the cause of soft nails is often easier to pinpoint. Frequent hand washing, household chores, and exposing the hands and nails to the harsh ingredients in detergents, soaps, cleaners, and acetone nail polish remover can cause the nails to become flimsy and thin. One of the best ways to avoid soft nails is by wearing rubber gloves, rather than exposing the hands to the chemicals. Common causes of brittle nails include: 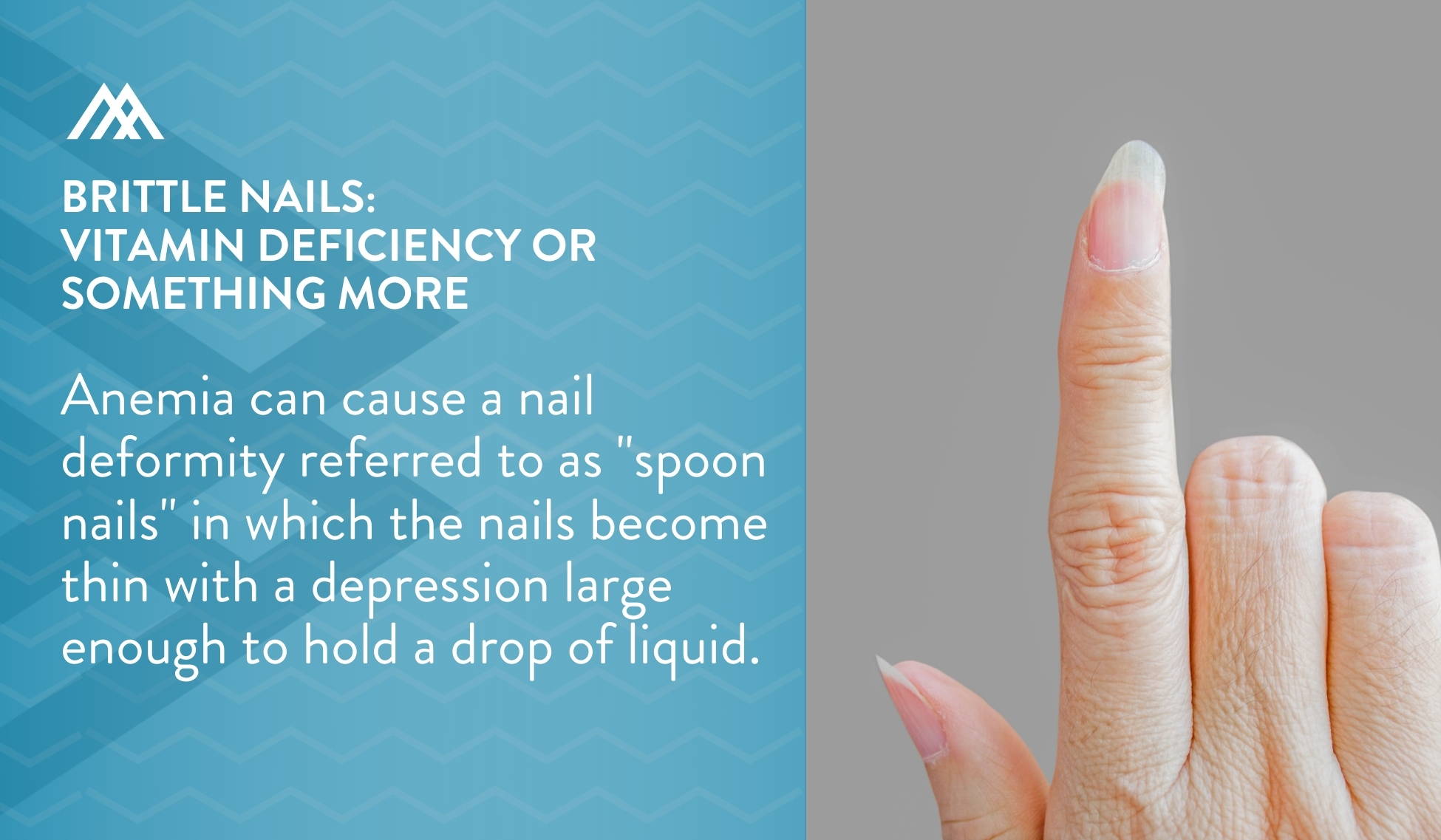 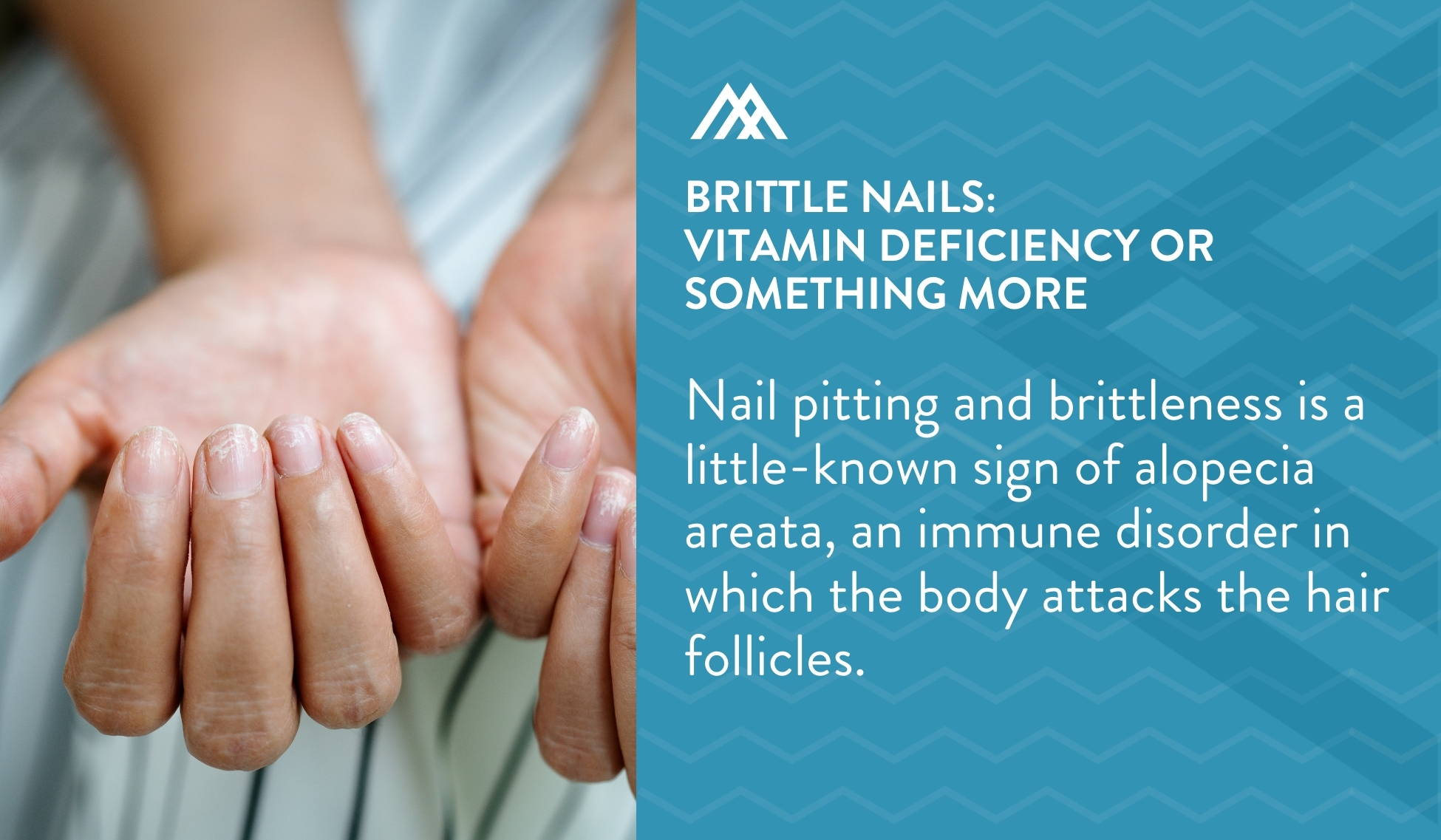 What can you do to fix brittle nails?

Ultimately, the cause of your nail brittleness will determine the best treatment route. As discussed above, nail changes should not be ignored as they can be a symptom of an underlying condition. In any case, brittle nails can be managed with simple, at-home treatments while simultaneously seeking treatment for the underlying condition.

Here are some tips, tricks, and home remedies to help strengthen nails and prevent splitting and cracking: 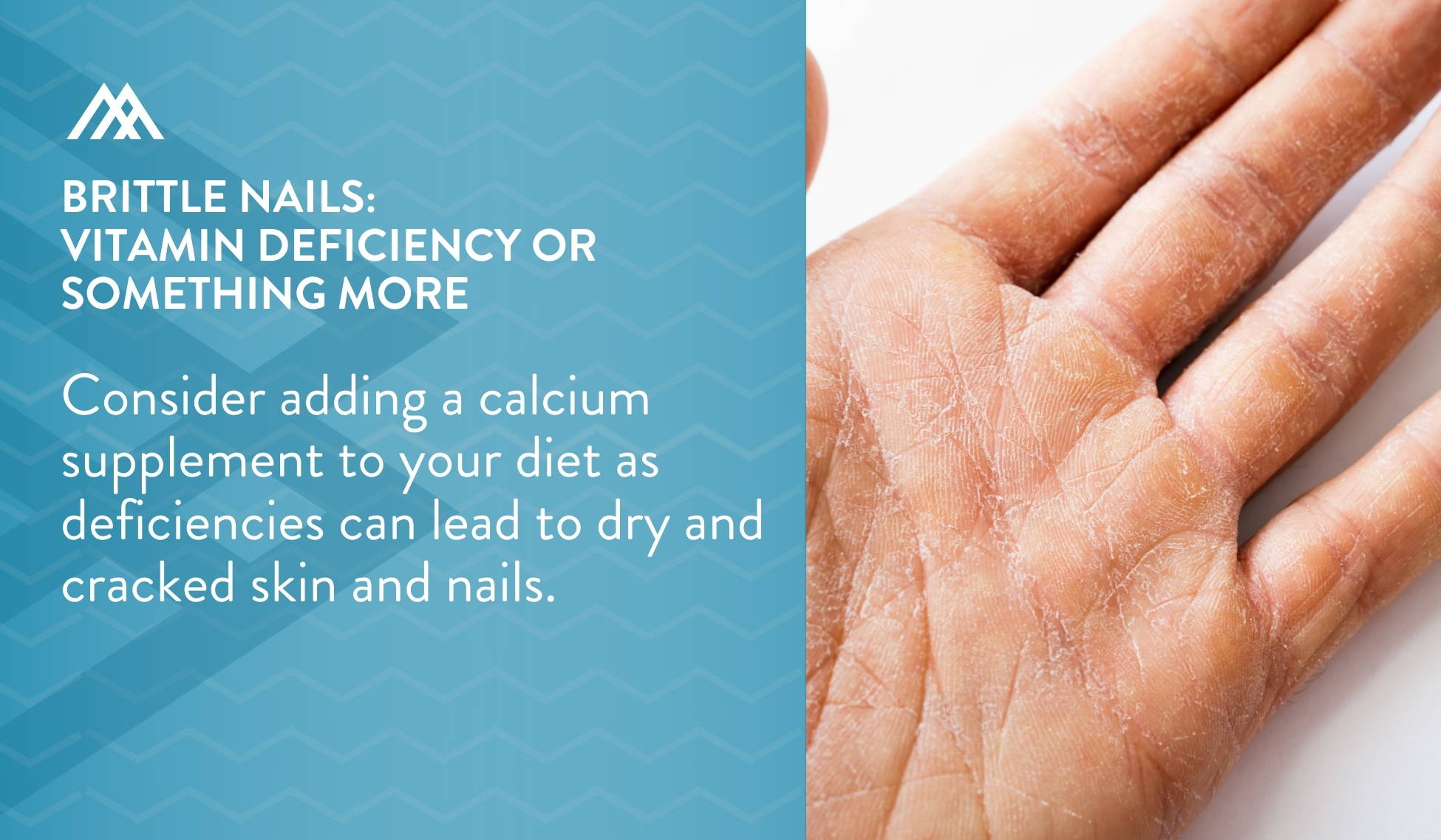 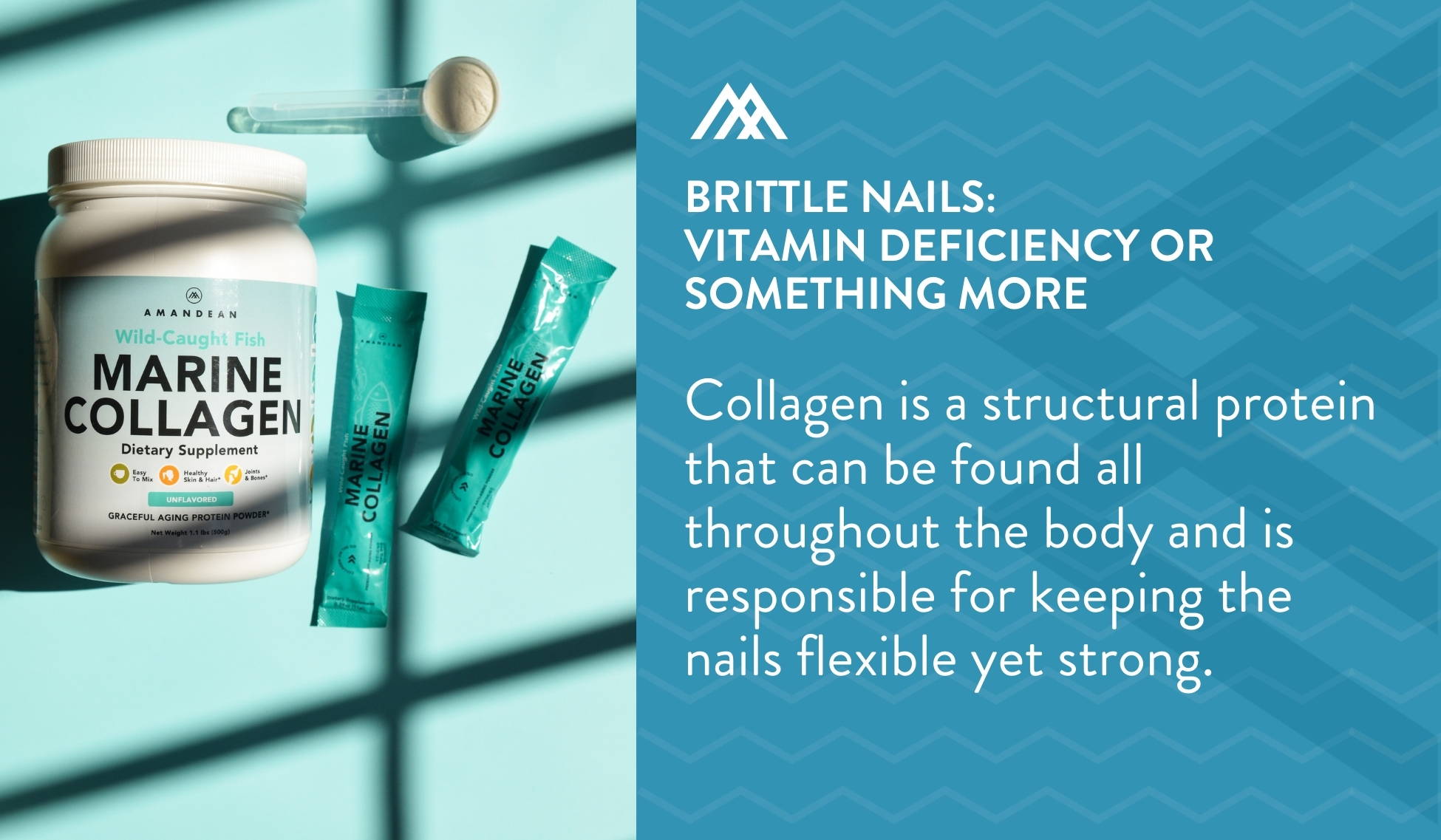