When the topic of Mercury retrograde is brought up, you’ll notice it causes a division into two diametrically different groups. The first group are the ones that cannot imagine blaming their mishaps on a position of a planet, while the other group would rather enter a state of hibernation until Mercury goes direct again.

Of course, there’s also a more apathetic group who has no idea what the whole fuss is about, which is why we’ve decided to tackle the issue and dive a little deeper. Whether you’re a “believer” or simply curious about the viral cosmic chaos that Mercury Retrograde seems to stir up, keep on reading to find out more about how you can improve your wellness during this erratic time.

What Is Mercury Retrograde & What Are Its Effects

Is it safe to assume that planets govern our lives? Not even astrologists themselves would agree with this strong assumption. However, they do suggest that certain planetary positions may influence different aspects of our lives. After all, it's our own planet Earth that sustains us, so it can’t hurt to learn more about these influences and possible coping strategies.

Mercury is perceived as a planet of mind and communication. Apparently, it influences the way we communicate, as well as our sense of humor, formulation of ideas, and everything else related to the human mind. If you aren’t really big on astrology, but you’re a fan of Greek mythology, what may be an interesting finding for you is that Mercury was Hermes, the messenger of gods, who kept one of his feet in the physical world, and had the other in the unseen realm. Therefore, Mercury represents the connection between our reason and our imagination and past memories. 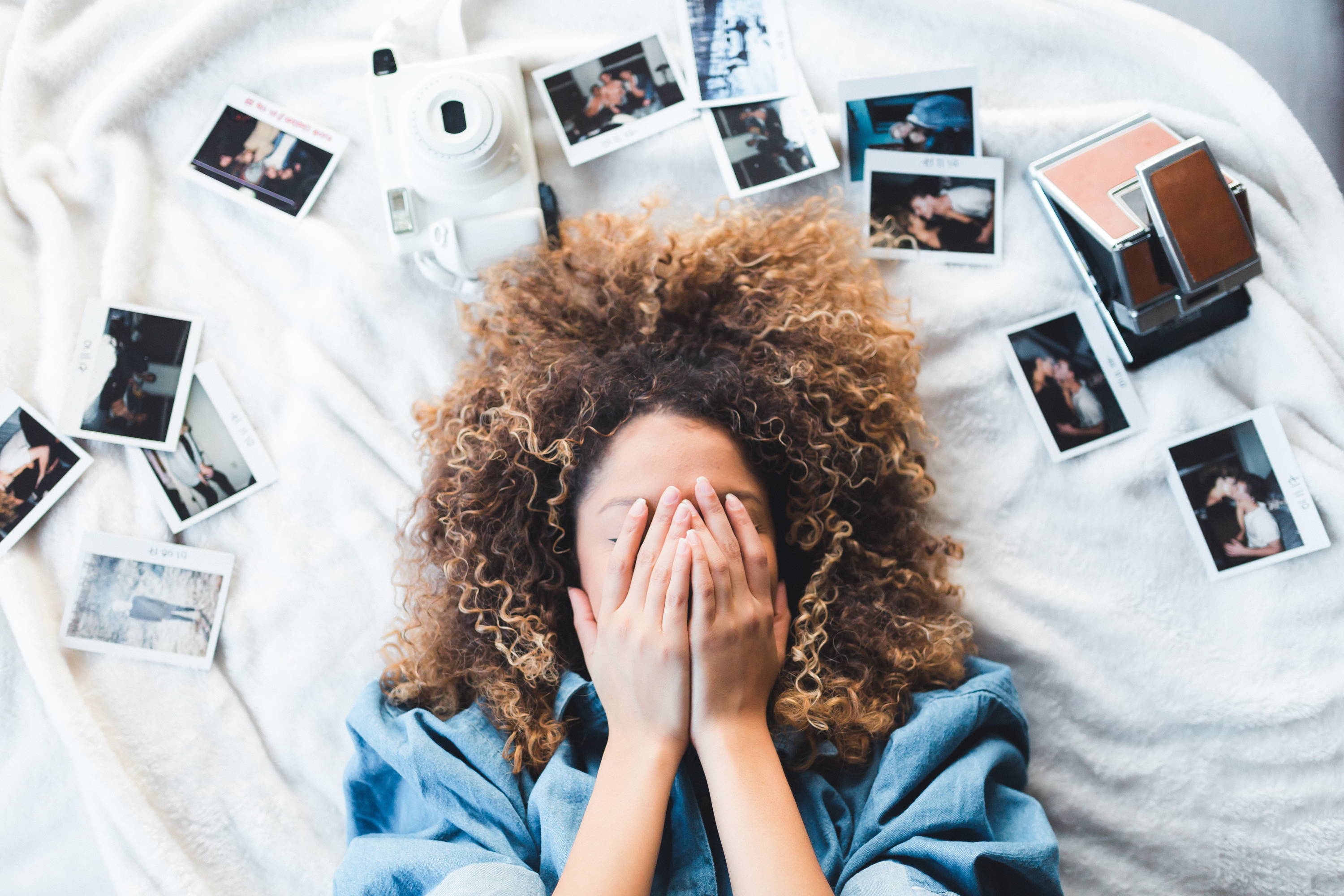 So, what happens to this mysterious planet during this retrograde period? Mercury retrograde, which occurs a couple of times a year, means that Mercury is slowing down in its movement around the Sun. Therefore, contrary to popular belief, Mercury is not moving backward in this retrograde, but rather creating that illusion by slowing down in its orbit. Nevertheless, even though the shift in its movement is an illusion, the effects of Mercury retrograde appear to be quite realistic.

One thing to keep in mind during Mercury retrograde is that it affects our ability to communicate clearly and openly. This is precisely why you shouldn’t be surprised if you experience misunderstandings, or even conflicts, at this time. What’s more, the Mercury retrograde brain fog may cause you to forget or misplace things. Astrologists also strongly encourage people not to deal with contracts or important decisions during this period, due to compromised communication and possible ambiguity. It also impacts areas of everyday life such as transportation, technology, and of course business.

Now that you know exactly what you’re going up against, let’s discuss an effective game plan to not only survive through Mercury Retrograde but turn the odds in your favor. Remember, astrologists claim that Mercury Retrograde is the Universe’s way of pushing us to shed our old skin and process through all the past traumas in order to leave all the negativity behind.

Regardless of your sign, a mindfulness practice is recommended during this time - which can be hard to achieve given the brain fog we’re experiencing. While you may not be able to hide under a rock and escape the immensity of cosmic forces, what you can control is your nutrition. 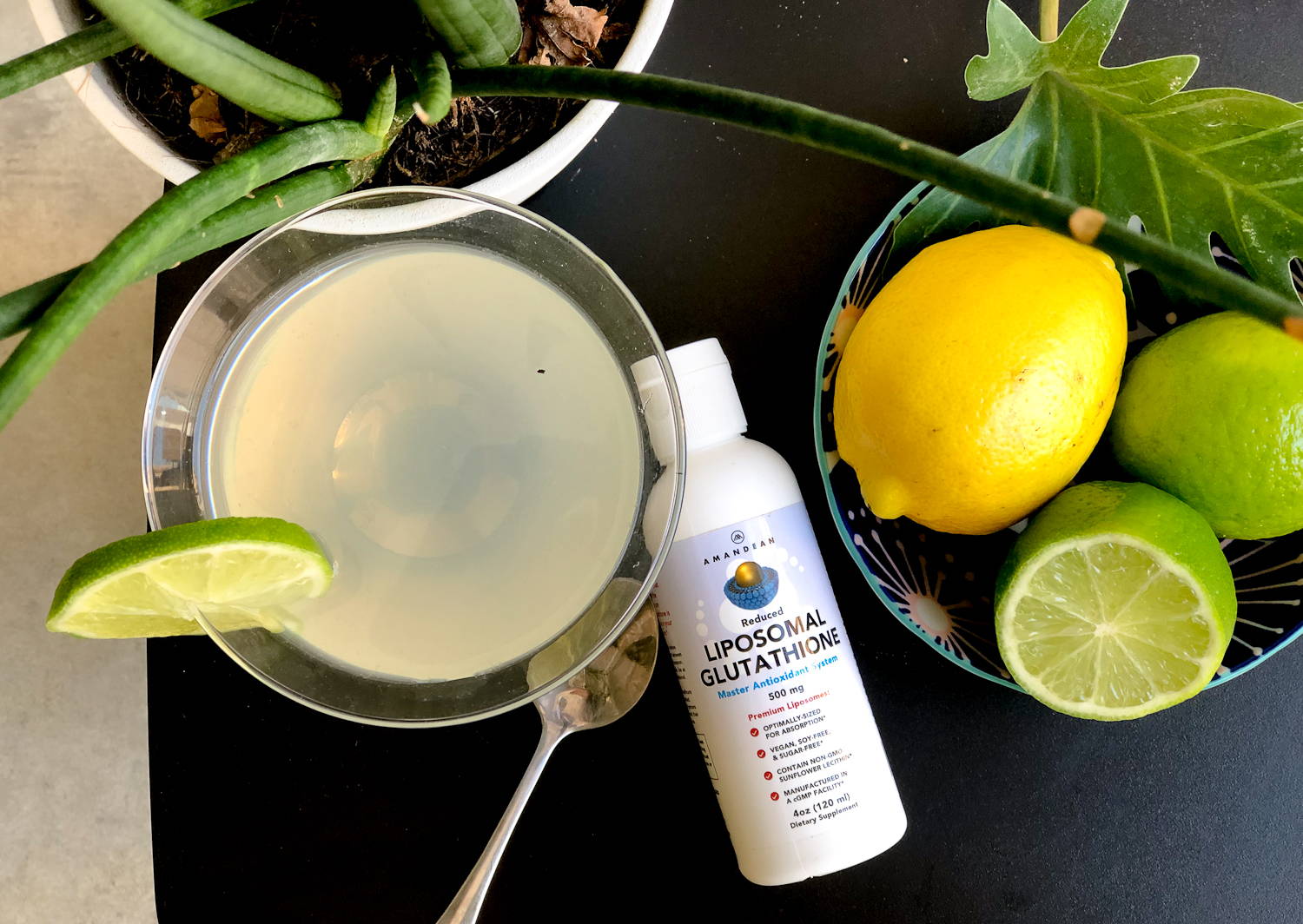 Glutathione has the reputation of being the most powerful bodily antioxidant and a natural detoxifier, and for a reason. This antioxidant composed of valuable amino acids is present in every single cell in the body, and it is naturally produced in the liver. Some of its most prominent roles in human health entail supporting the immune function, protecting the cells against oxidative stress, dissolving free radicals, promoting enzyme function, and regenerating vitamins C and E. However, what seems to pique the interest of scientists when it comes to Reduced Glutathione is its undeniable role in multiple cognitive functions and overall brain health.

Furthermore, oral administration of glutathione appears to promote memory, due to its brain cell protective activity. Yet another study confirms the incredible impact of glutathione on cognitive functions such as concentration and memory, thanks to its active role in oxidative metabolism. Therefore, maintaining your glutathione levels high during this trying time may be one of the most important strategies, considering the lack of concentration and chronic forgetfulness we’re experiencing. 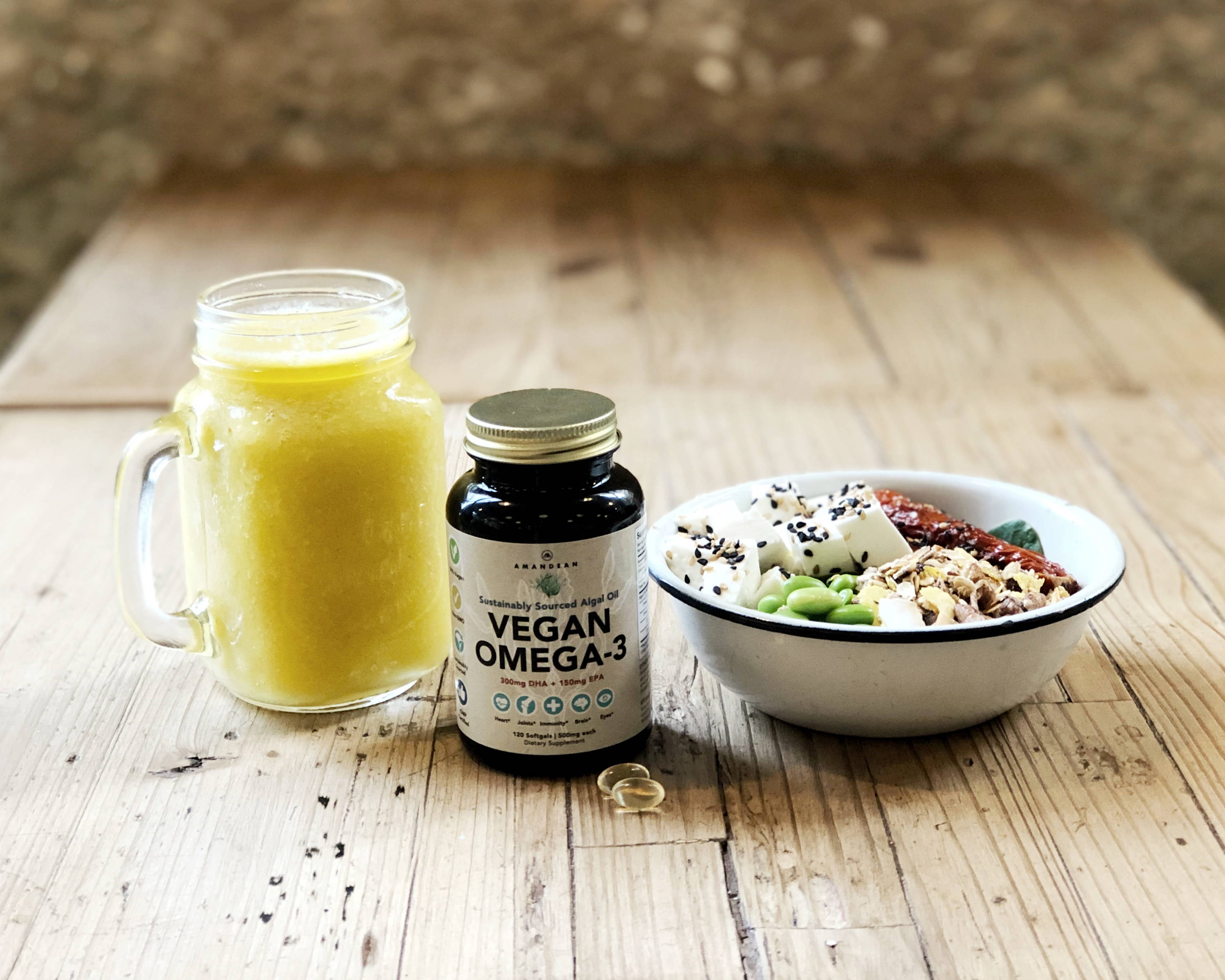 When it comes to a Mercury retrograde survival kit, we certainly cannot forget about Omega-3 fatty acids,which, unlike the above-mentioned glutathione, cannot be naturally manufactured in the body. Quality omega-3 supplements, such as algae-sourced Vegan Omega-3, have been linked to numerous health benefits, including prenatal health, female reproductive health, cardiovascular functions, as well as brain functions and health - which is our main objective during the Mercury Retrograde.

Just like glutathione, these fatty acids too play a pivotal role in brain functions, by preserving cell membrane health and supporting their structure. Omega-3s have also been shown to benefit memory and overall cognitive performance, a study conducted by Mazereeuw G. et al. suggests. In addition, according to a study by S. C. Dyall, omega-3 fatty acids are necessary for the communication between brain cells. And speaking of communication, an optimal state of the cognitive system is the main prerequisite for overcoming communication barriers and mental blockages during Mercury Retrograde.

Finally, supplementing with all-natural omega-3 has also been associated with a potential improvement in mental health, especially in individuals experiencing depressive symptoms, a study by R. J. T Mocking and colleagues states. In summary, it is safe to conclude that these fatty acids seem to benefit every single aspect of cognitive performance. 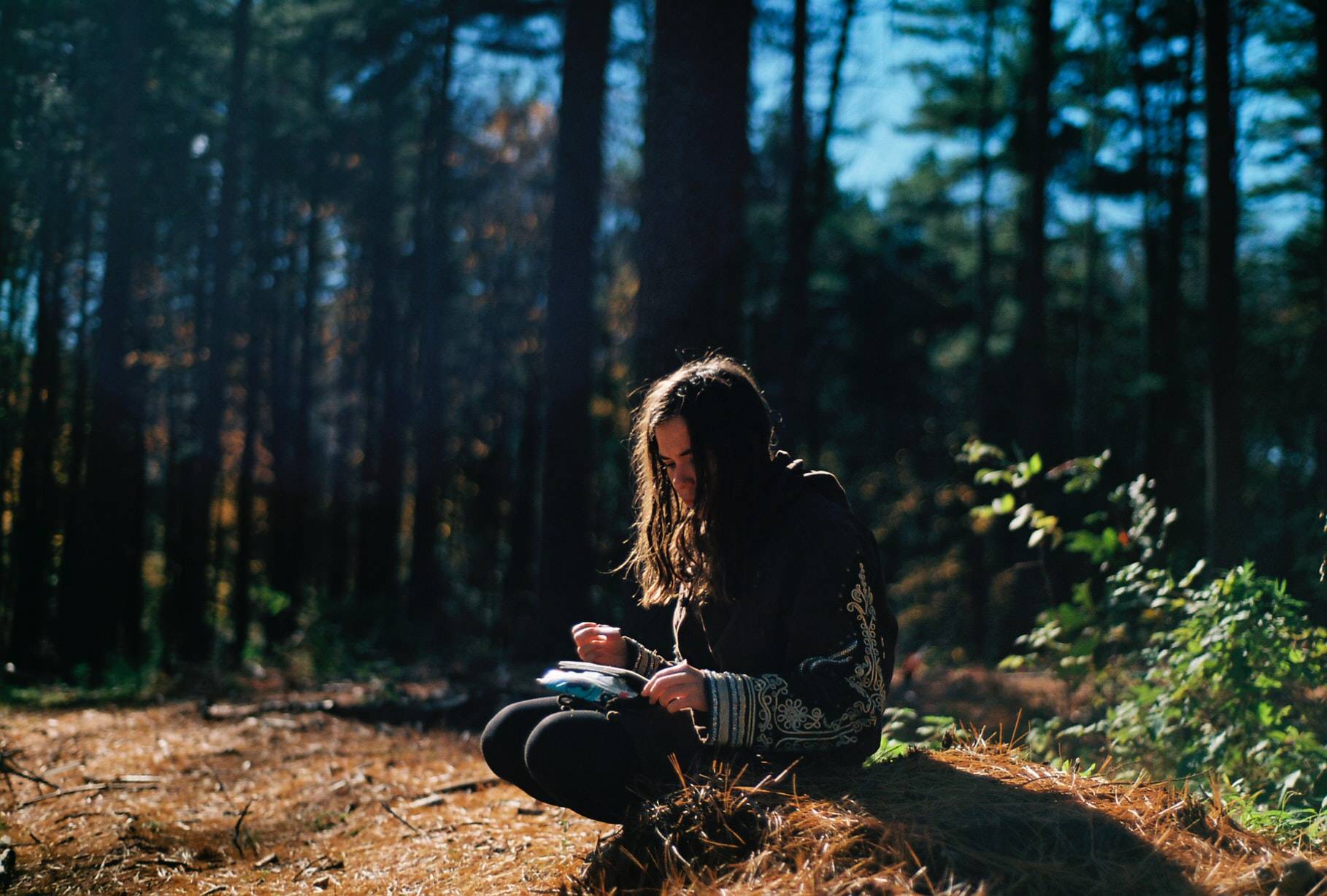 Mercury Retrograde is not the time for you to willfully enter any stressful processes, renovate your house, or change your job. All the changes you have in mind can wait until the air clears out and you can breathe again. Until then, make sure to do everything that’s in your power to relax, let go of all the burdens weighing you down, and truly allow yourself to reflect on your life and patiently plan the future. How can you do that? By practicing self-care and self-love at its best, and focusing on what truly makes you happy.

Do not neglect your sleep! All the stress surrounding this period may have you restless and anxious, but you don’t want to give into the pressure. Remain on your two feet, but allow yourself to have the much-needed sleep and prioritize your sleep hygiene. Everything that’s on your mind will still be there the next morning, so why compromise your sleeping schedule?

What is it that truly gets you into the zen zone?Is it listening to your favorite music, binge- watching the latest Netflix series, walking or baking? Whatever it is that keeps you stress-free should be on the top of your to-do list until March 10th, when Mercury goes direct again and stops sending out these chaotic vibrations. When it comes to nurturing your mindfulness and protecting your inner peace, we recommend yoga and meditation as two powerful techniques to keep you balanced and in tune with your inner self.

Even after March 10th and with Mercury out of our way, it is pivotal to prioritize your wellness and all its aspects - optimized nutrition and self-care practices included. Stressful periods come and go, but your relationship with yourself is what remains and truly makes a difference, regardless of planetary positions and cosmic energy. For more non-GMO natural supplements, make sure to visit our online store! 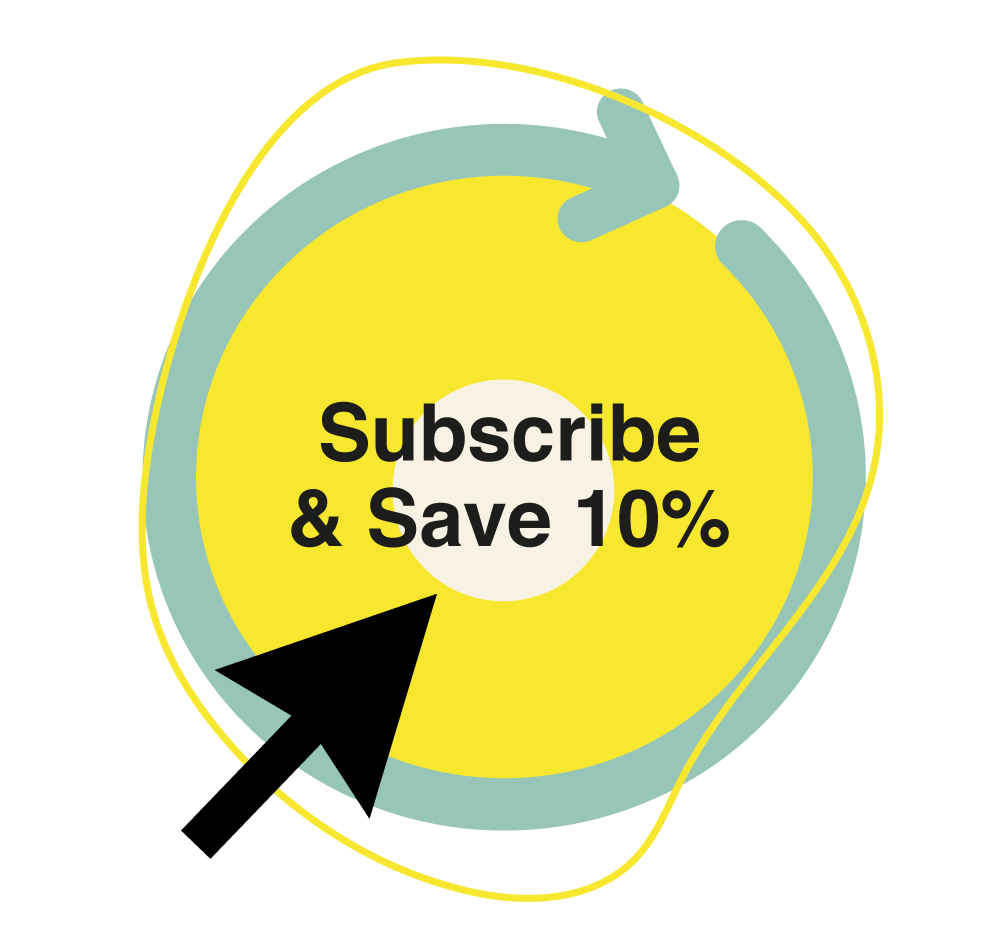 NEW! Subscribe & Save 10% on every recurring order on your favorite products.

2% Better Every Day With Collagen

While you may know that collagen is the right choice for your health, you may have trouble choosing the right kind of collagen for you. It is also necessary to be consistent with your supplementation, but without imposing a strict regime on yourself. This means that you should choose a product based on quality ingredients, that will fit your busy schedule, and make it easy for you to stay on track with your collagen intake. It seems that Laura Sosa, a Hawaiian-based food allergy & fitness expert has cracked the code with her 2% better every day method, so keep on reading to learn how you can optimize your wellness routine with all-natural high-quality collagen today.
Read More