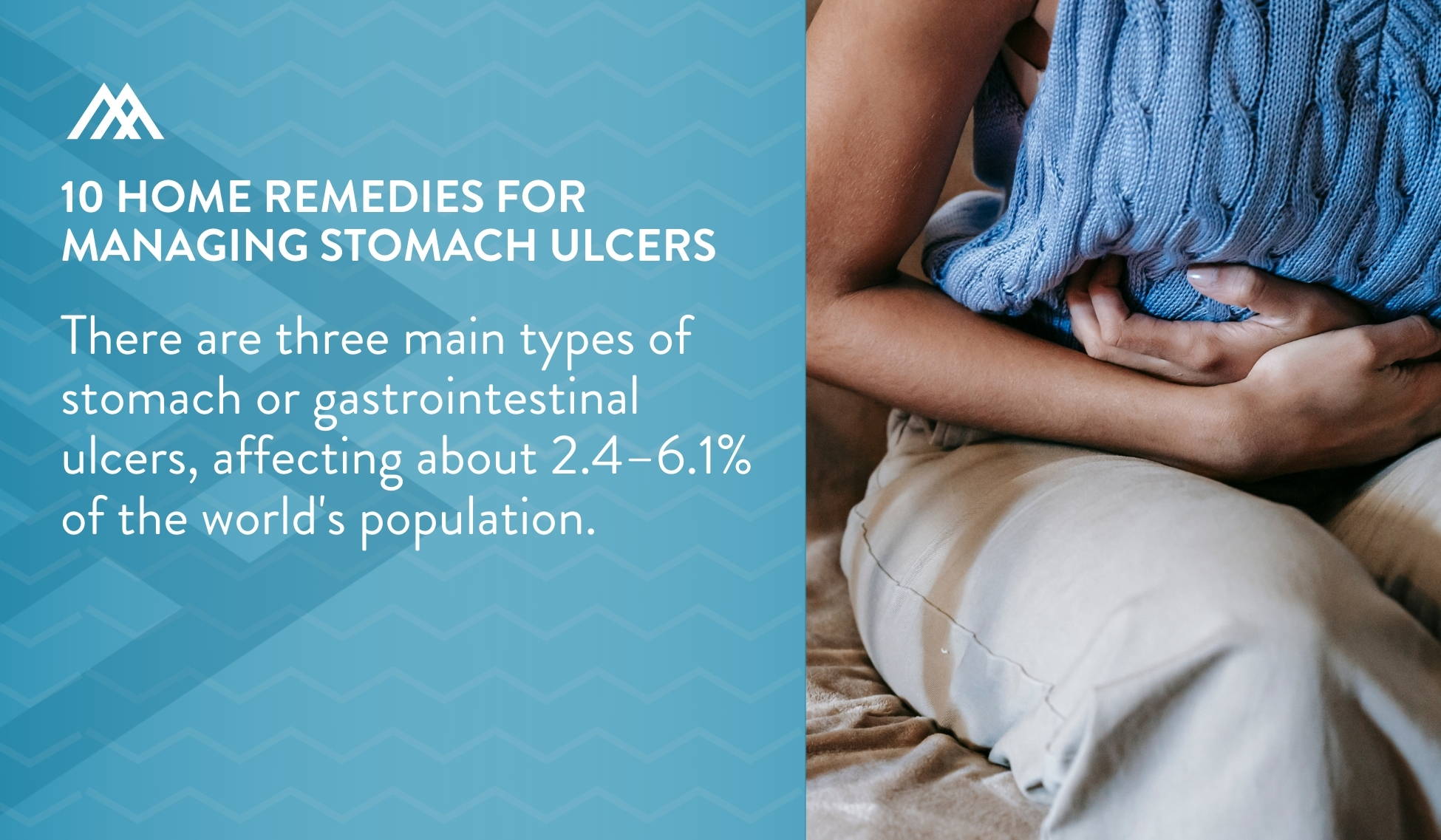 Stomach ulcers, also known as peptic ulcers, are more common than you'd think. There are three main types of stomach or gastrointestinal ulcers, affecting about 2.4–6.1% of the world's population. Peptic ulcers are open sores on the lining of the stomach or the first part of the small intestine, called the duodenum. Duodenal ulcers occur specifically in the duodenum, while gastric ulcers occur in the stomach. Peptic ulcer disease can be a recurring problem for some people, but can usually be managed with over-the-counter medications and a handful of natural home remedies.

There are two main causes of peptic ulcers: 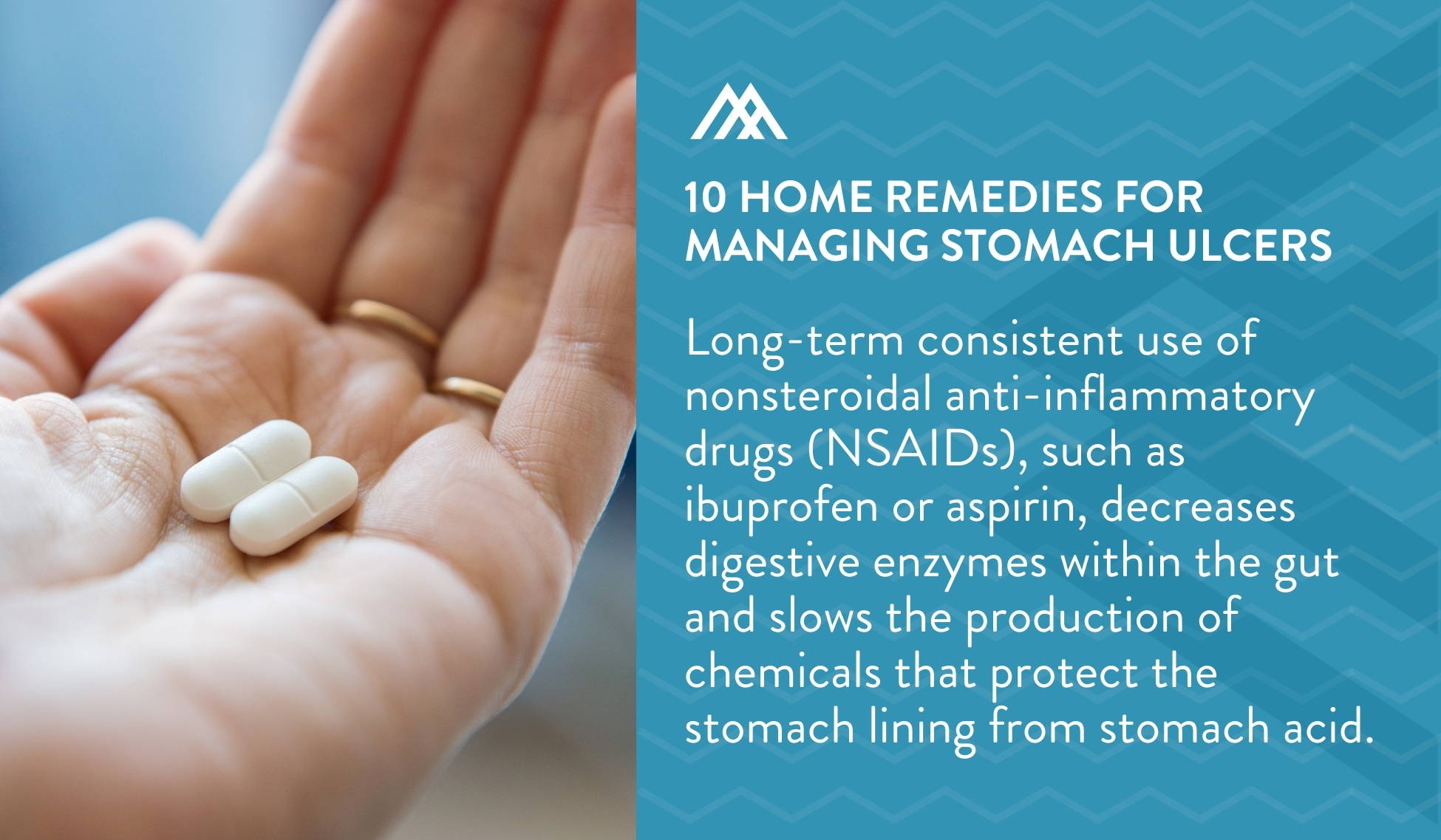 Many people also believe spicy foods and stress can cause ulcers as well. However, they often increase stomach acid production, thus making the symptoms of preexisting ulcers worse rather than causing new ones to form.

So how do you know if you ate something funny or if you're facing stomach ulcers? It can be difficult to tell without the help of a healthcare professional. For some people, stomach ulcers go unnoticed and have mild or no symptoms. For others, stomach ulcer symptoms can include: 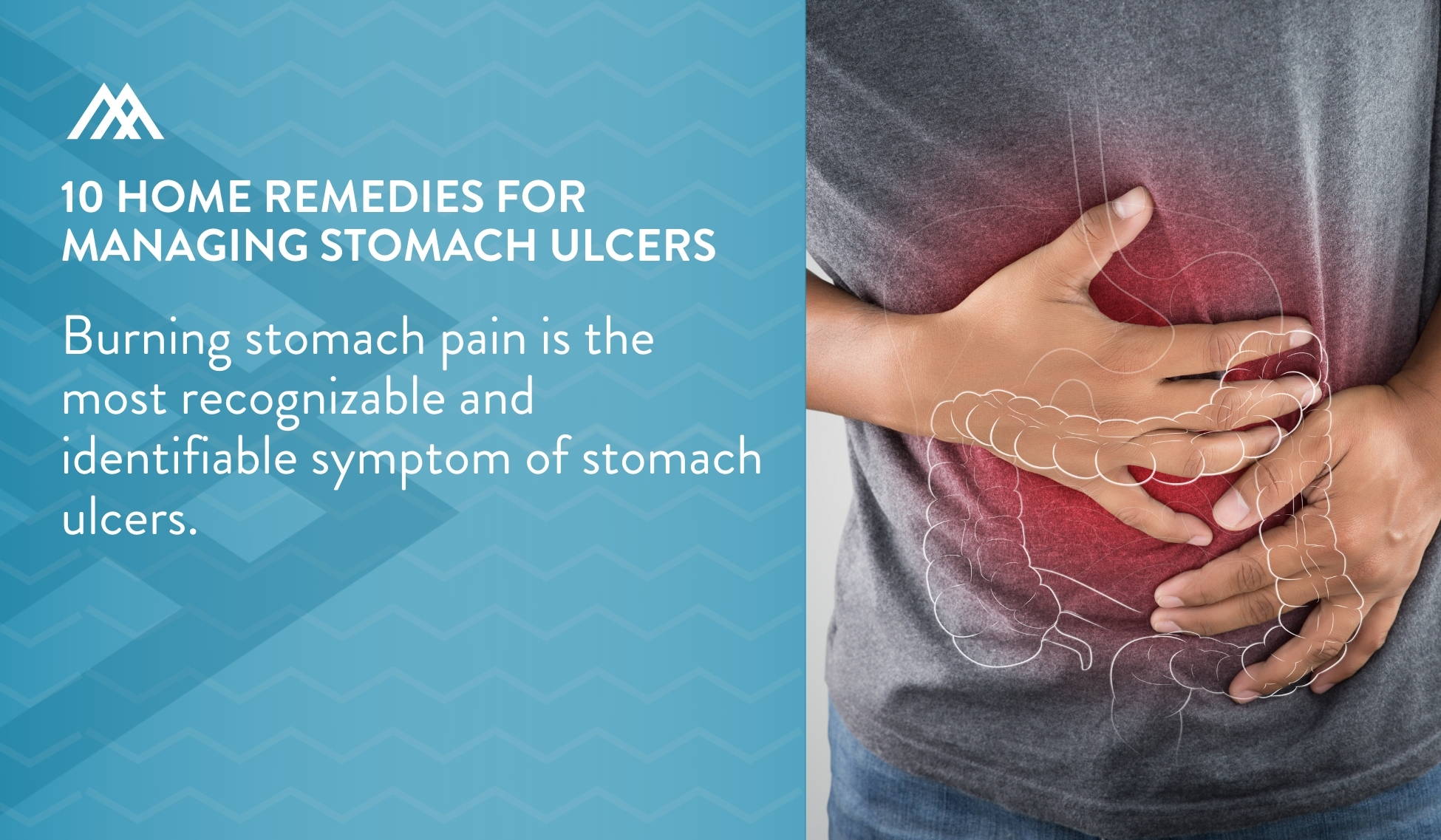 Burning ulcer pain is the most recognizable and identifiable symptom of stomach ulcers. If you suspect you have a stomach ulcer, your doctor may perform an endoscopy to view the inside of the digestive tract, from the esophagus to your stomach and small intestine. Other methods of diagnosing stomach ulcers include testing the blood for H. pylori bacteria, breath tests, and/or stool tests.

Your doctor will likely suggest the use of the following treatments for ulcer healing and prevention:

Most of the treatments above are short-lived and come with their own set of side effects. Luckily, there are items you probably already have in your kitchen or can easily grab at the grocery store to prevent and manage stubborn stomach ulcers. 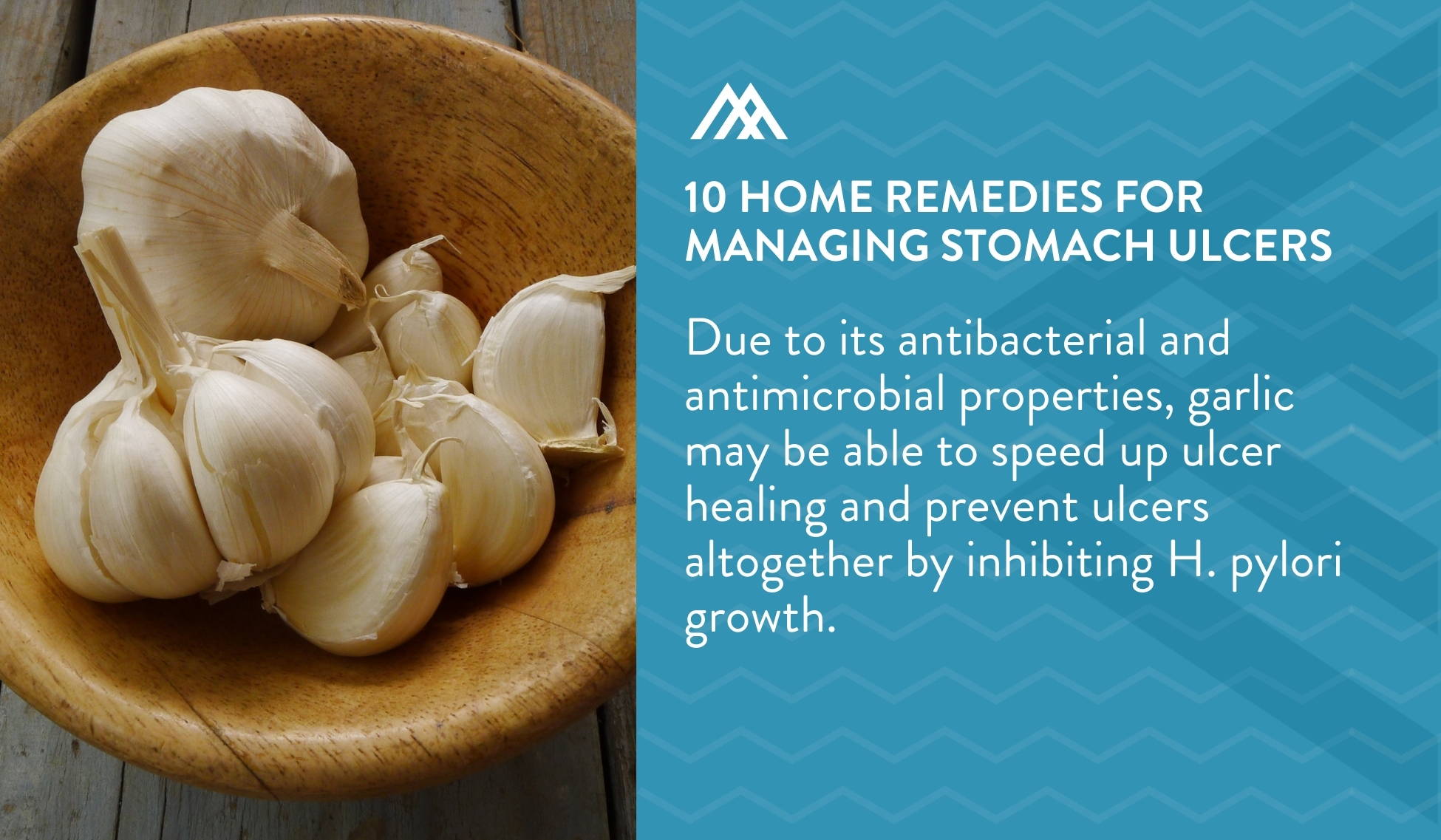 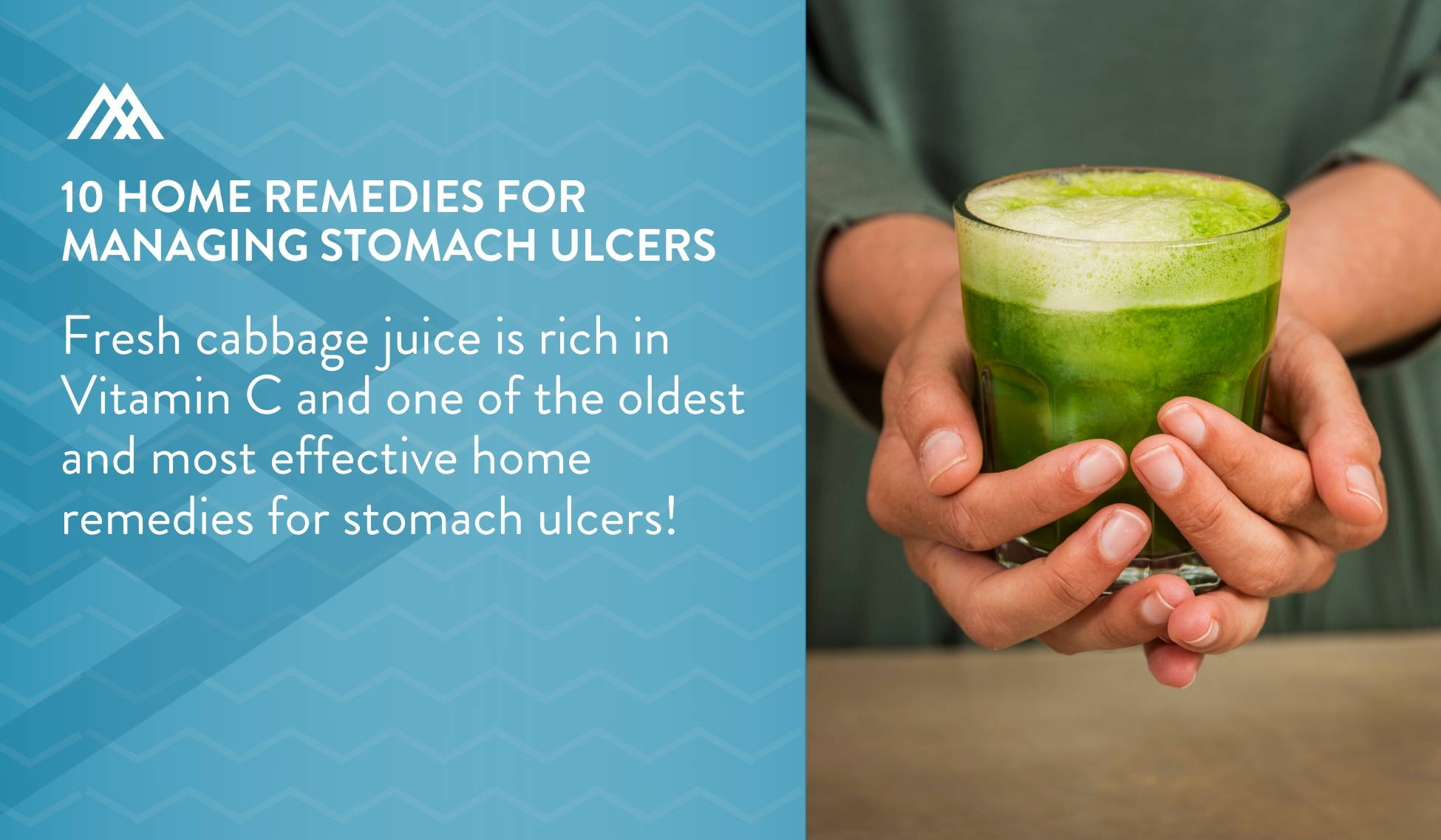 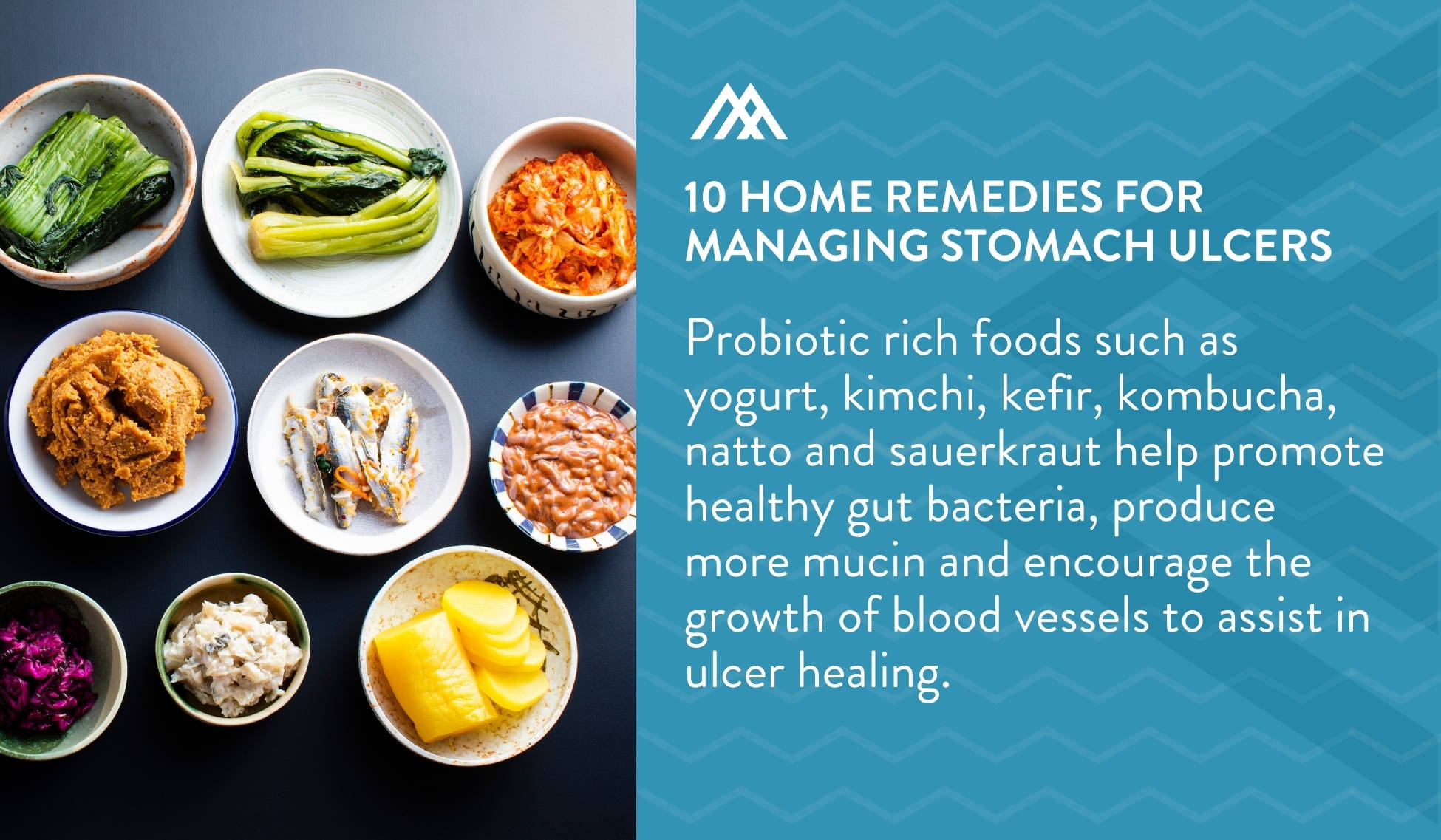 Gut health is no joke! Every day, scientists are learning more about how choosing the right foods and supplements can benefit your body and brain. For advice on how to prioritize the health of your gut, check out the Amandean blog! From managing IBS to workouts you can do to strengthen the gut, you can learn it all from the experts at Amandean.

How Much Vitamin D Does Your Body Really Need?

How much time should you spend in the sun every day to get enough of the sunshine vitamin? Is there such thing as "too much vitamin D"? What are the best sources of Vit D for those with a 9-5 workday? Find the answers to all these questions & more about the importance of vitamin D and all the risks of developing a deficiency.
Read More