How Collagen Helps With Hyperpigmentation - Amandean

What'shyperpigmentation and what causes it? 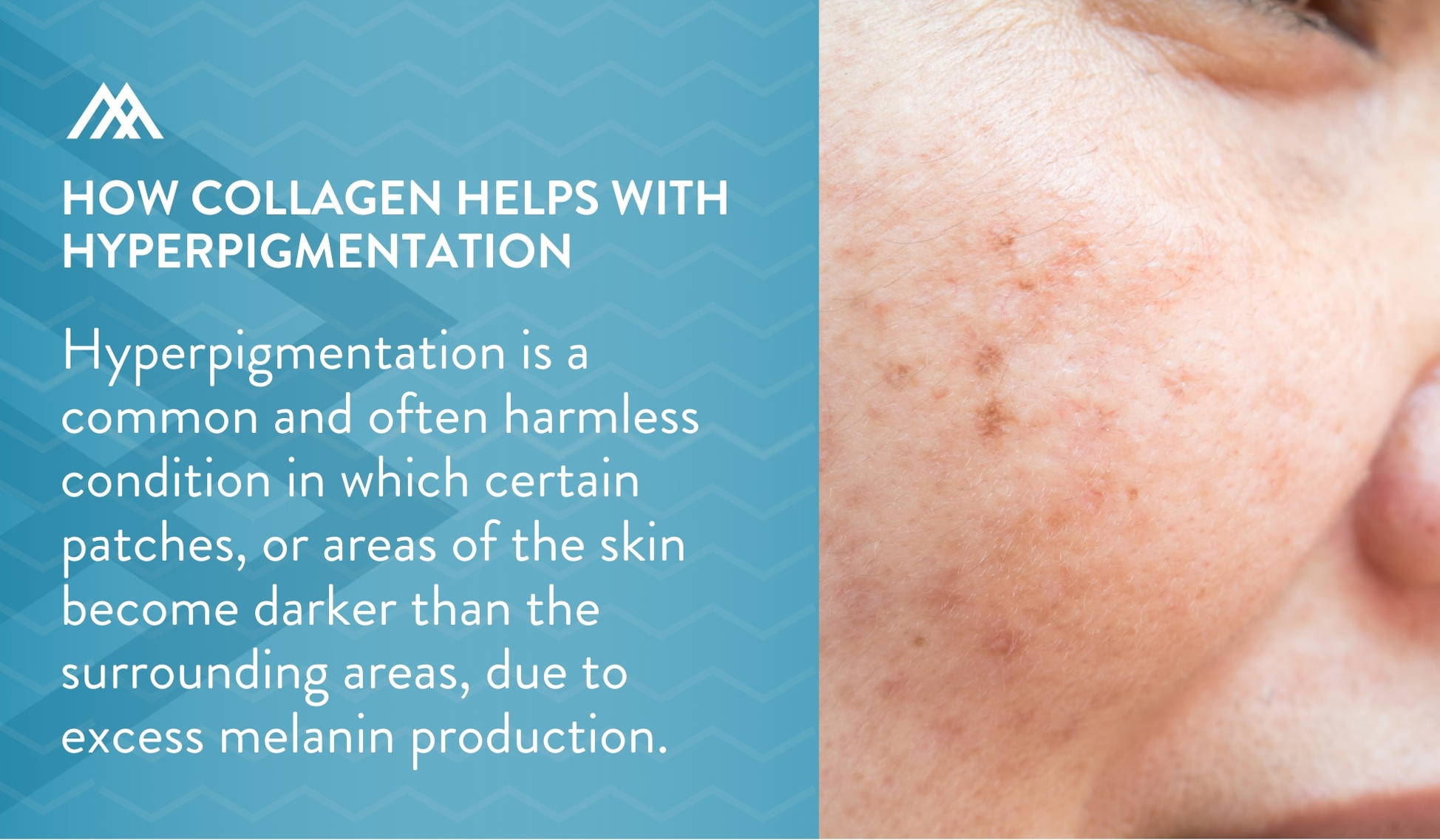 Pigmentation just means coloring, and your skin gets its color from a pigment called melanin. Hyperpigmentation is a common and often harmless condition in which certain patches, or areas of the skin become darker than the surrounding areas, due to excess melanin production. Freckles, rosacea, birthmarks, and sunspots are all different manifestations of hyperpigmentation that can appear anywhere on the body.

Melasma, another form of skin discoloration that looks very similar to hyperpigmentation, also causes symmetrical dark spots to form on the face. Between 1.5% and 33% of the population may get melasma. It is often called the "pregnancy mask" because anywhere between 15-50% of pregnant women may get it. Both hyperpigmentation and melasma are thought to worsen with UV ray exposure, but melasma is highly influenced by hormones, whereas hyperpigmentation is not.

Everyone knows that sun exposure causes freckles, hyperpigmentation and yes, a great tan... but how exactly? Melanocytes are the skin cells that manufacture melanin. People with darker skin tones have more of them, and they are evenly spread throughout their skin. In individuals with fair skin, the melanocytes form into small clusters and when exposed to sunlight, the overproduction of melanin causes the skin to darken and form freckles and/or tanned skin. Sun exposure isn't the only thing to cause hyperpigmentation though. People with dark skin tones are more likely to experience hyperpigmentation than people with light skin (who are more likely to form freckles). Hyperpigmentation can also be triggered by:

How to treat and preventhyperpigmentation 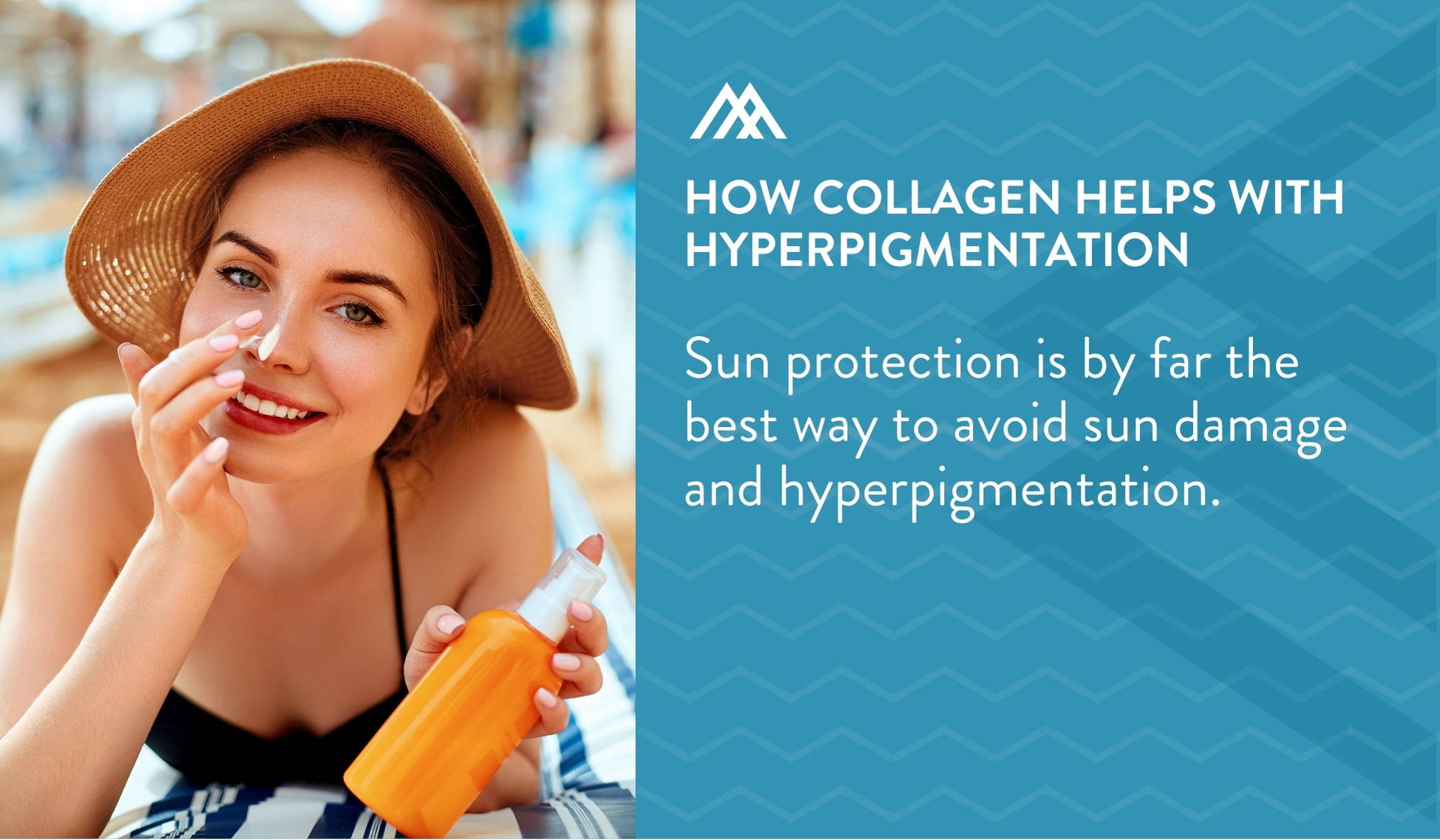 Whether you’ve never experienced hyperpigmentation or are looking to prevent it from getting any more severe, the first rule of thumb is to use sun protection! This is by far the best way to avoid sun damage and hyperpigmentation. Before you go out, always apply broad-spectrum sunscreen or use a hat and clothing to protect your face and body from getting burned. You should also add a moisturizer with SPF of at least 30 to your everyday skincare routine, even if you're not having a beach day. On cloudy days, the UV index can still be dangerously high.

When it comes to fading hyperpigmentation, time is in your favor. If you experience sudden hyperpigmentation that doesn't seem to fade, contact a dermatologist or doctor to explore it further. Otherwise, if you want to brighten your skin and help speed the fading process along, here's what you can do: 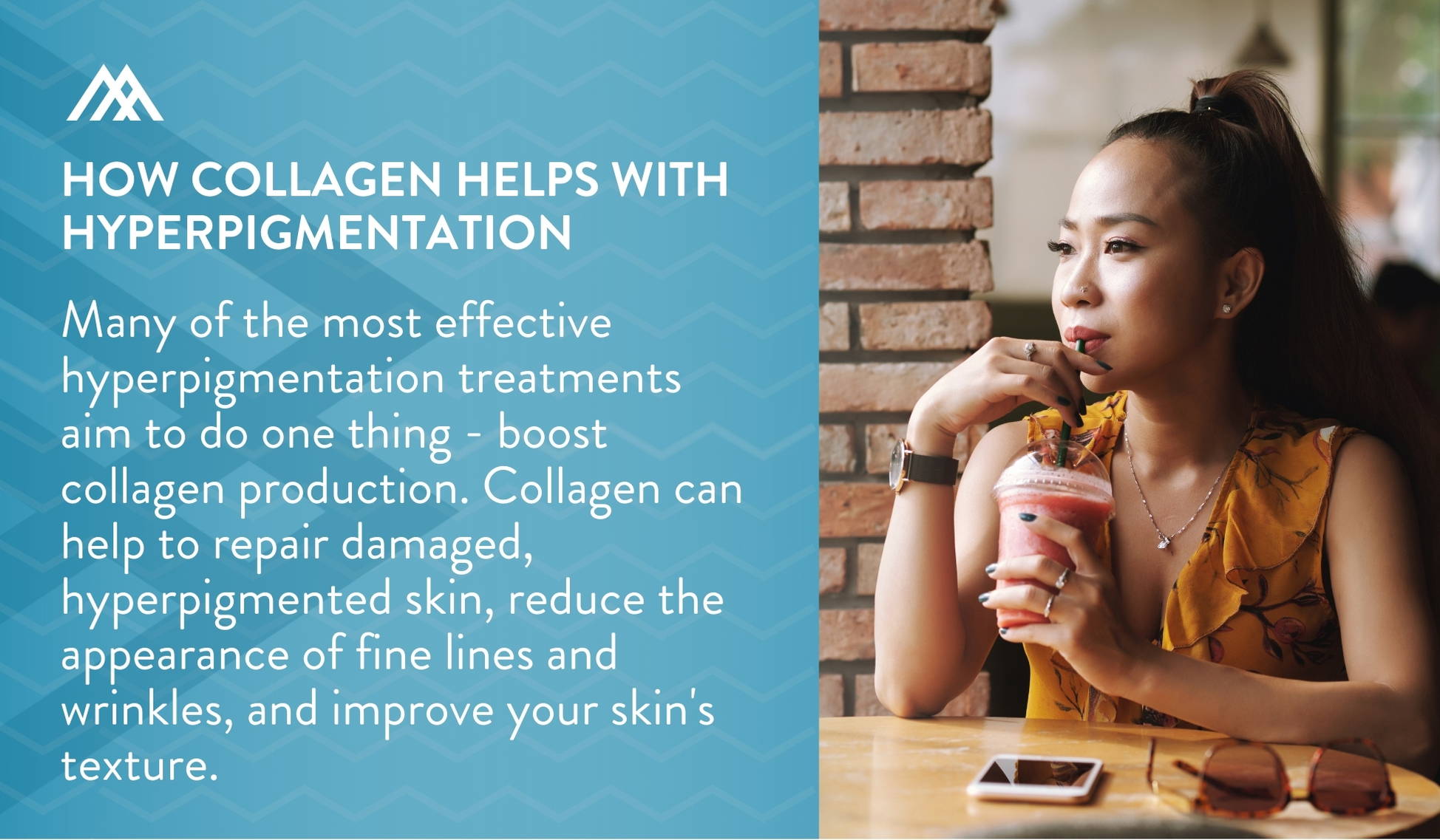 Collagen is the key to retaining your skin's healthy and youthful glow! The best way to protect the collagen you already have, ensure future production, and manage hyperpigmentation is to skip long days in the sun and always wear protection. When the damage has already been done, give your body what it needs to "erase" hyperpigmentation from your skin with an all-natural collagen supplement.

Plastic Footprint vs. Carbon Footprint: How do they compare?

Climate change is a complex matter that demands more of our collective action every day. Doomsday reports are constantly being published and it often seems we have little power in our day-to-day lives to make a real impact. Both feelings of fear and confusion are completely valid when it comes to the future of our planet. Today we explore how innovative brands are tackling environmental responsibility with carbon neutral and plastic neutral initiatives. Take a deep dive into how this is done and what you can do on an individual level too.
Read More

Is it Brain Fog or Adult ADHD: Signs and Symptoms

Mental health awareness and visibility have never been better. In large part, feelings of anxiety and depression are no longer dismissed or ignored as normal or something that you must grin and bear. Similarly, awareness of the symptoms of ADHD is continuing to grow. Adults who always wondered why they had trouble concentrating or who experienced energy crashes growing up are now being diagnosed with adult ADHD and given a viable treatment plan. If you're struggling with mental clarity and alertness, keep reading to find out if it's temporary brain fog or if your symptoms could be a sign of ADHD.
Read More