How to Increase BDNF: Save your Memory with Omega-3s - Amandean

Get ready for a crash-course in neuroscience, everybody! 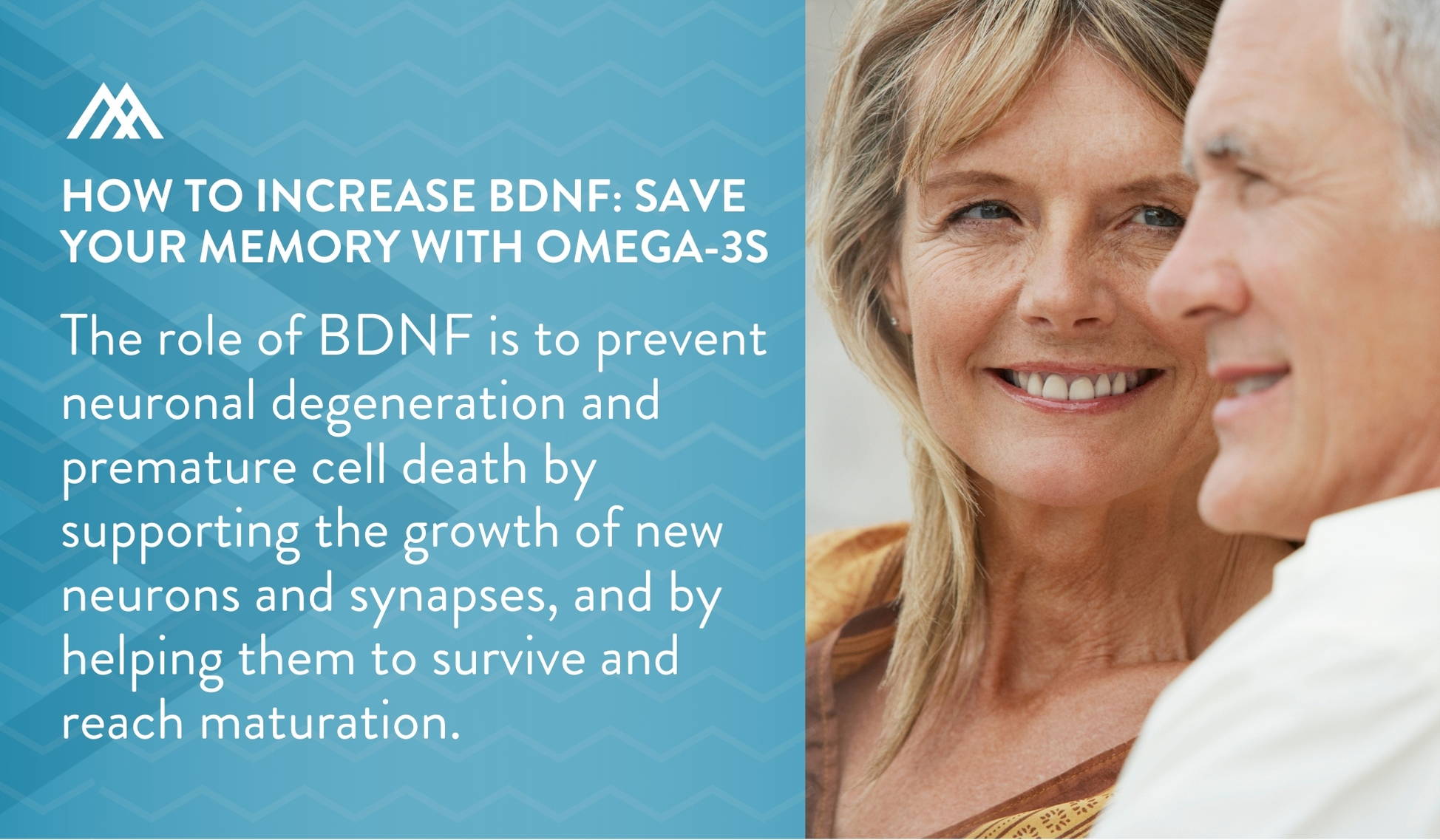 The BDNF geneis critical for brain function and development as well as injury recovery. This gene provides instructions for making a proteincalled “brain-derived neurotrophic factor” (or BDNF). BDNF is found in the spinal cord and regions of the brain such as the hippocampus (more specifically, the hippocampal neurons) and prefrontal cortex. These areas control eating, drinking, and body weight. Brain derived neurotrophic factor is initially synthesized as pro BDNF, which can be stored in either dendrites or axons to later produce a mature BDNF protein. Like other neurotrophins, the role of BDNF is to prevent neuronal degeneration and premature cell death by supporting the growth of new neurons (neurogenesis) and synapses, and by helping them to survive and reach maturation (differentiation). The BDNF protein is involved in synaptic transmission and promotes synaptic plasticity, which is critical for learning and the formation of memories.

For this reason, BDNF is regarded as one of the most universally important neurotrophin. Low levels of BDNF and BDNF signaling have been linked to mental disorders such as Alzheimer’s disease, dementia, Huntington's disease, neurotransmitter dysfunction, obesity, depression, OCD, and even schizophrenia. Even common variations (polymorphisms) of BDNF geneexpression have been associated with psychiatric disorders such as bipolar disorder, eating disorders, post-traumatic stress disorder, and opioid addiction. Essentially, BDNF is a regulator and possible inhibitor of stress, of memories involving fear and trauma, and of our vulnerabilities to them. As we age, our BDNF synthesis slows. Moreover, it's estimated that 1 in 3 people have a genetic mutation that makes their BDNF levels fall much faster. 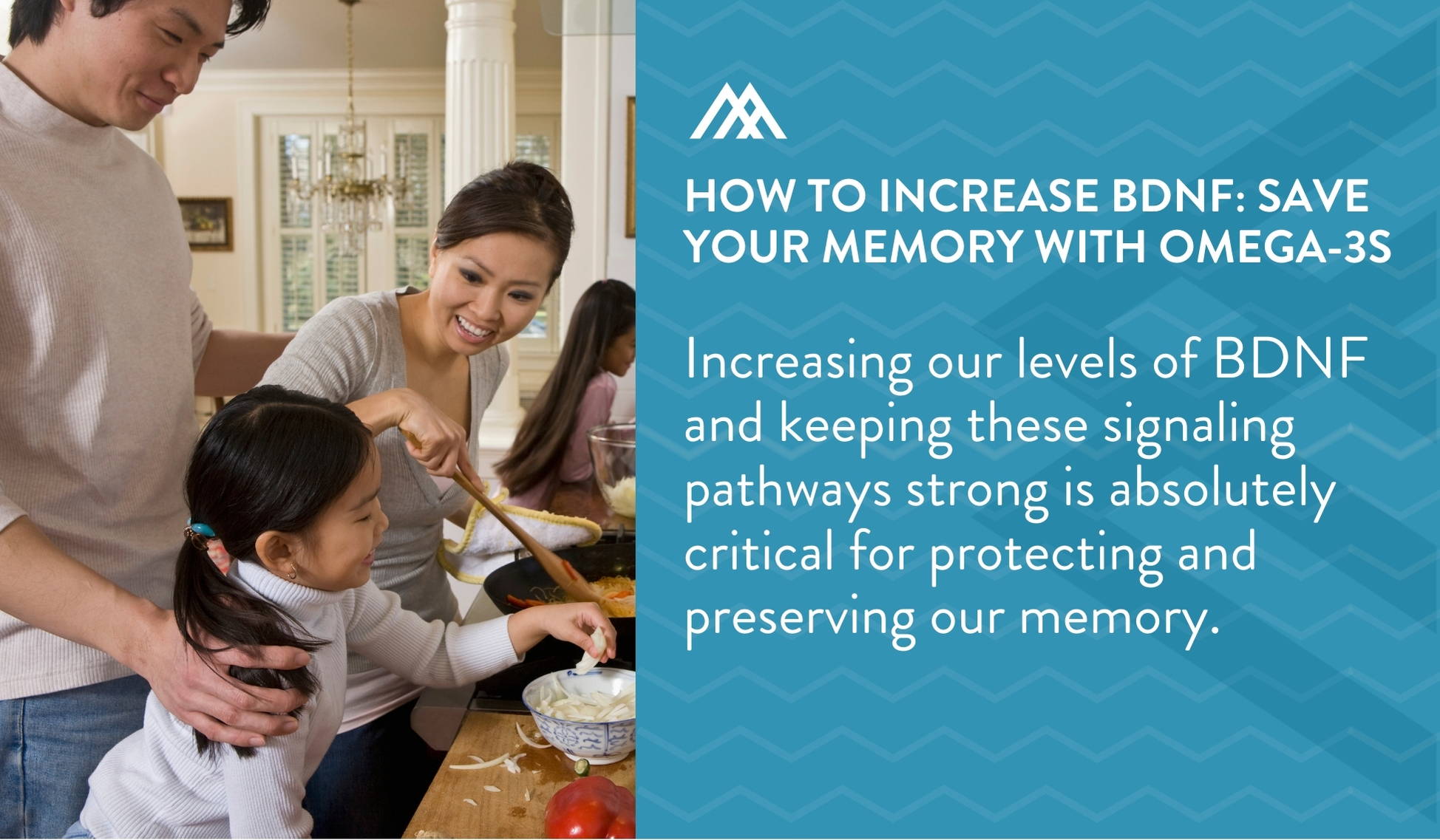 We all want to feel empowered, independent, and healthy as we advance in years; we want to hold onto our memories and be fully present and content at all ages. Increasing our levels of BDNF and keeping these signaling pathways strong is absolutely critical for protecting and preserving our memory. Luckily, there are science-backed, fairly simple ways to protect your memory for the long run.

How to Increase BDNF 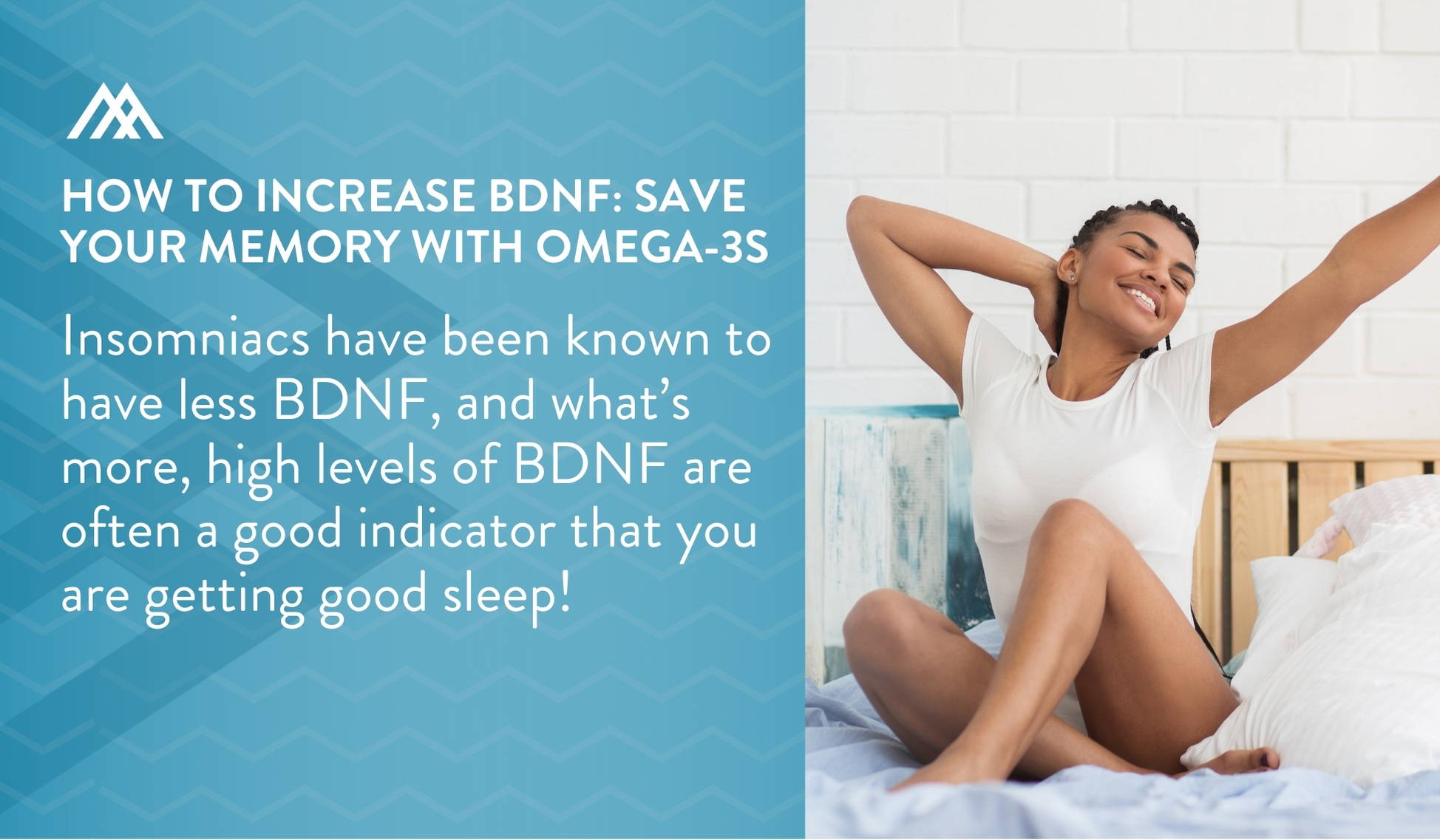 Supplements to Increase BDNF and Memory

We know that adopting an entirely new set of lifestyle changes all at once isn't very practical. As you begin your journey to preserving your memory and making little changes here and there to boost your BDNF, consider adding a supplement to your diet to accelerate the results. The following supplements have been linked to better memory and in most cases, higher levels of BDNF. 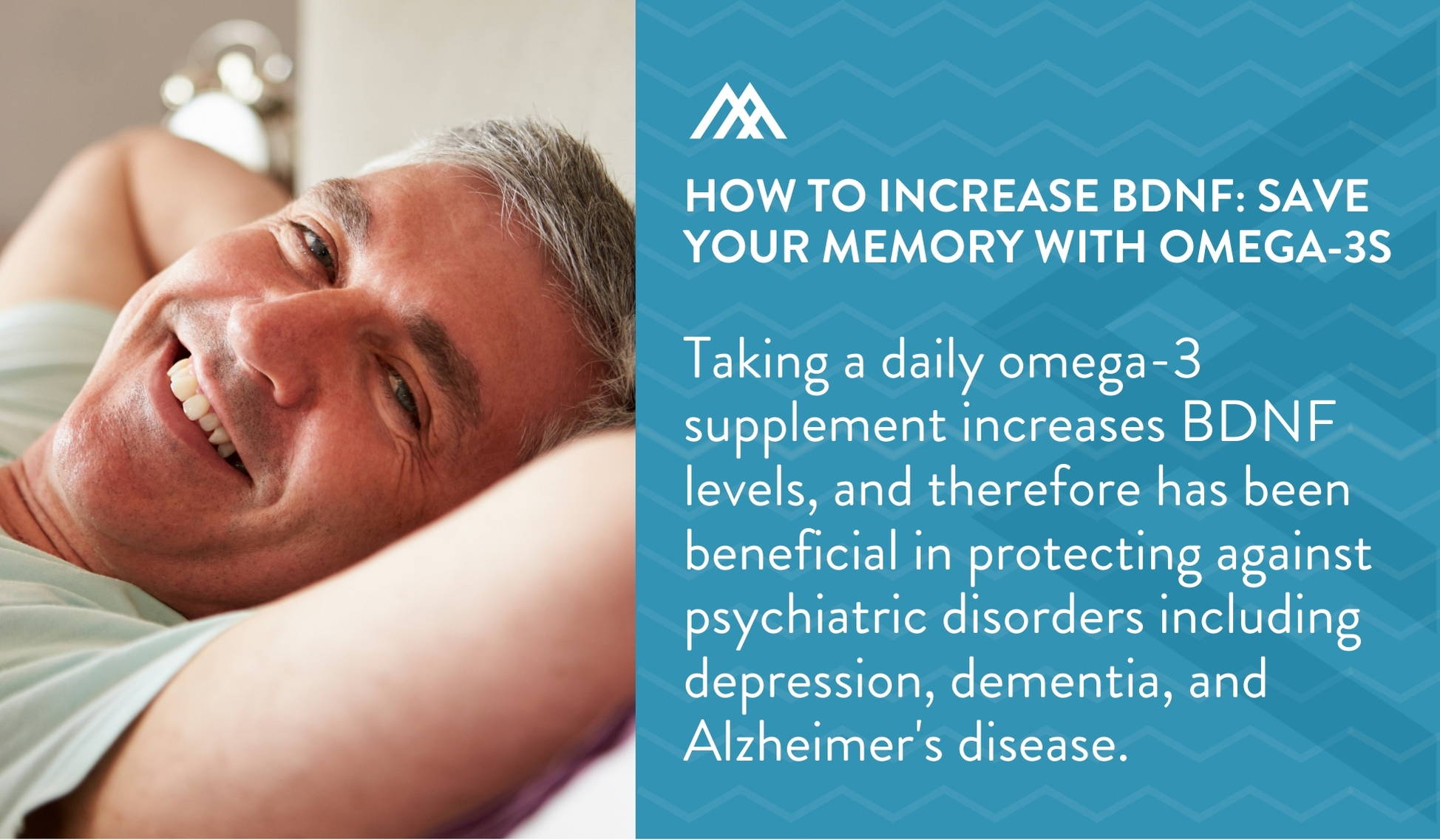 Like most things in life, diet and lifestyle can protect your memory and boost your brain health. Combine these changes with one of the above supplements and this will act as a helpful step stool to get you to a lifestyle that prioritizes your brain health (and BDNF synthesis) every step of the way! For more information on the best supplements for your specific health goals, check out the Amandean blog.

Plastic Footprint vs. Carbon Footprint: How do they compare?

Climate change is a complex matter that demands more of our collective action every day. Doomsday reports are constantly being published and it often seems we have little power in our day-to-day lives to make a real impact. Both feelings of fear and confusion are completely valid when it comes to the future of our planet. Today we explore how innovative brands are tackling environmental responsibility with carbon neutral and plastic neutral initiatives. Take a deep dive into how this is done and what you can do on an individual level too.
Read More

Is it Brain Fog or Adult ADHD: Signs and Symptoms

Mental health awareness and visibility have never been better. In large part, feelings of anxiety and depression are no longer dismissed or ignored as normal or something that you must grin and bear. Similarly, awareness of the symptoms of ADHD is continuing to grow. Adults who always wondered why they had trouble concentrating or who experienced energy crashes growing up are now being diagnosed with adult ADHD and given a viable treatment plan. If you're struggling with mental clarity and alertness, keep reading to find out if it's temporary brain fog or if your symptoms could be a sign of ADHD.
Read More