Get into the spirit of springtime with this all-natural variation of iced tea packed with the healing powers of turmeric, ginger, green tea, and Amandean Premium Liposomal Vitamin C. Whether it's for the next family beach day or to accompany some al frescotime with a book in the backyard, we're certain this refreshing ice tea will easily become a household favorite.

Why Is It So Good For You?

Our recipe combines a medly of natural ingredients and our highly bioavailable Liposomal Vitamin C supplement that yield's far more than just a refreshing beverage on a hot day. Let's take a look at the health benefits:

Turmeric (curcuma longa) is orginally found in the forests of South and Southeast Asia. It's one of the key ingredients in many traditional Pakistani, Indian, Persian and Thai dishes and has incredible medicinal value as well. Turmeric helps with the regulation of inflammation and is used in the treatment of numerous inflammatory conditions for its anti-inflammatory effects.

Ginger has been widely used for centuries as a spice as well as an alternative medicine, especially in Eastern cultures. Ginger comes from the same family as Turmeric and is a potent aromatic herb and a good natural source of vitamin C, magnesium, potassium, copper, and manganese. Ginger's main bioactive ingredient, Gingerol,  has been shown to neutralize harmful free radicals in the body and help support healthy inflammation levels in the body.

Vitamin C has an irreplaceable role in preventing and treating numerous illnesses in the bodyand as humans we can't actually produce Vitamin C on our own. We need to rely on diet and supplementation to make sure we maintain adequate levels. Vitamin C is a powerful antioxidant that helps to boost immunity, collagen production, and also plays a large role in keeping our skin young and radiant. While most traditional forms of Vitamin C that include tablets, powders, or capsules go largely unabsorbed by the body, Liposomal Vitamin C is the most bioavailable form of Vitamin C on the market. It uses a revolutionary Liposomal Encapsulation Technology (LET) to deliver the Vitamin C nutrient directly to the cells that need it most with up to 6x the absorption levels of traditional forms. (Comparable to IV megadosing treatments). Moreover, it comes in an easy-to-use liquid format that is ideal for mixing into your favorite fruit juice, smoothie, or in this case, iced tea. 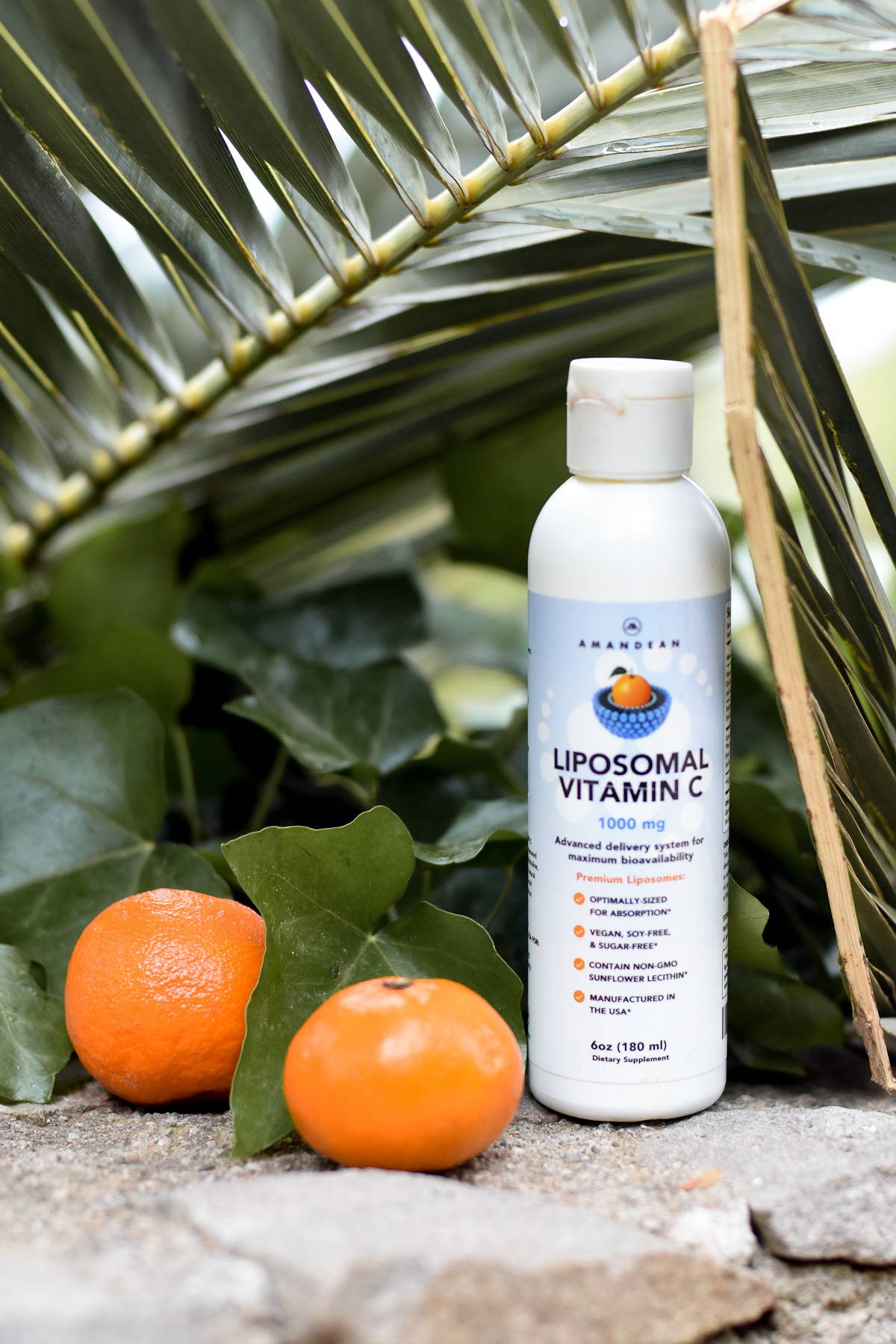 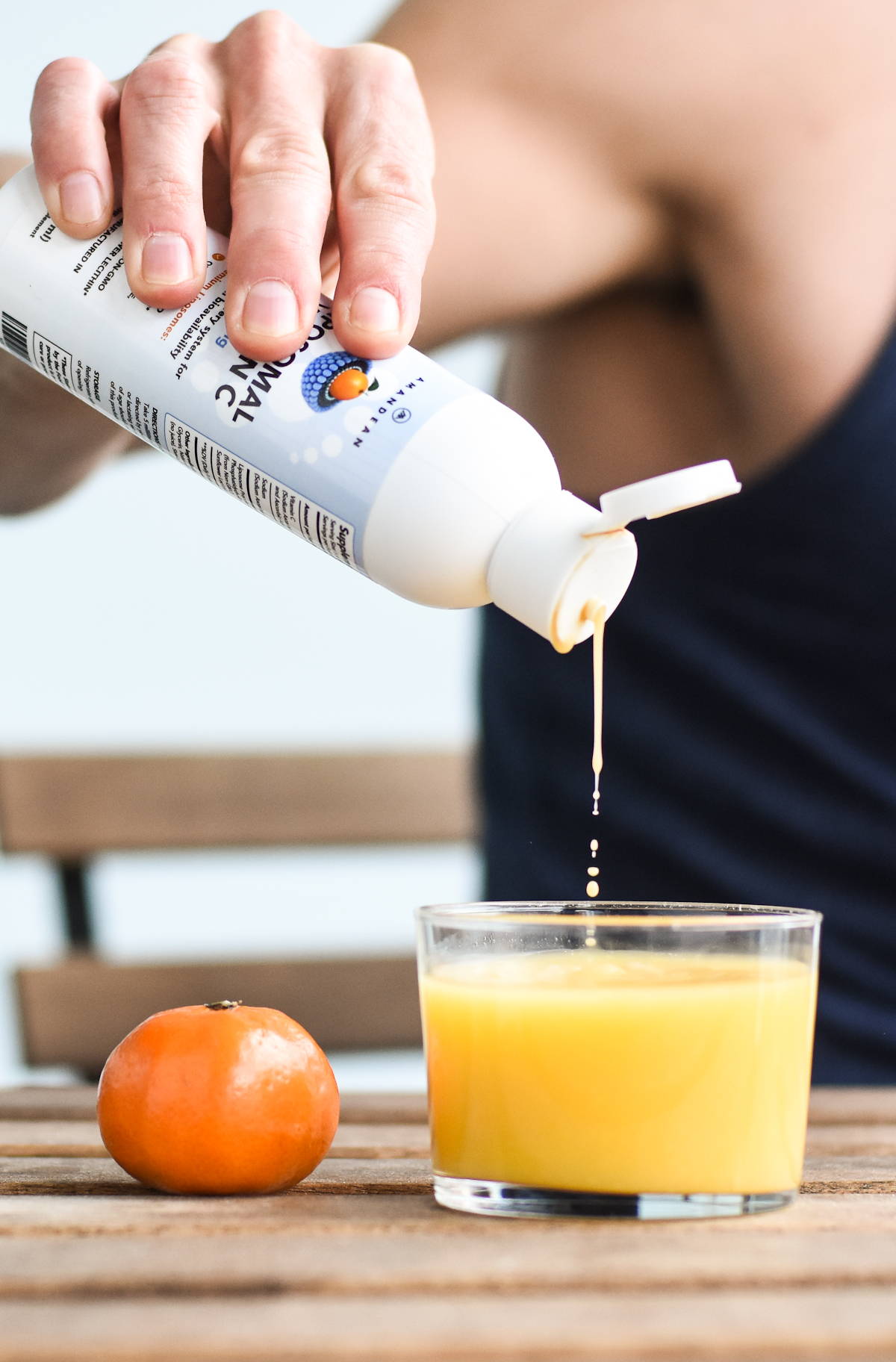 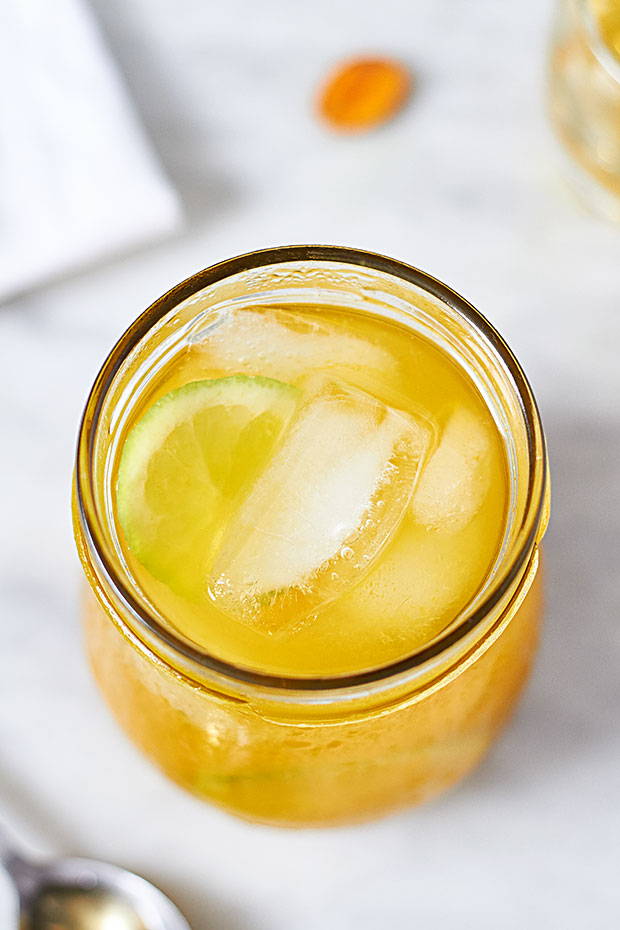 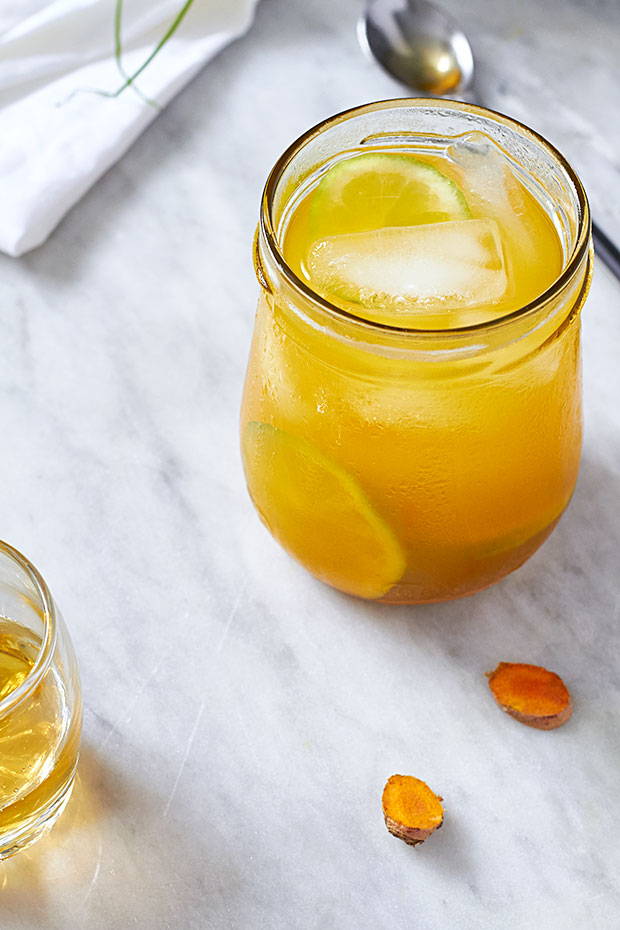 1. In a pot, bring water close to a boil and add minced ginger, turmeric, honey, and salt. Simmer for 10 minutes then turn off the heat. Add the green tea bag and steep for 3-5 minutes, then remove the tea bag. Strain out the solids using a fine mesh strainer and set aside.

2. Pick any sized glass or mason jar you like, fill 3/4 height with ice cube, pour the tea over the ice. Add fresh lime juice, honey to taste, garnish with a slice of lime, and enjoy!