While some people may think that cutting off processed foods consequently entails giving up your favorite desserts - that certainly does not have to be the case. Moderation will take you a long way, as long as you’re eager to explore new options and ingredients. The truth is that, with a little bit of effort, you can transform every single one of your favorite carb-heavy dishes into paleo-friendly versions, with zero guilt involved! Kick it up a notch with your favorite protein-rich supplements packed with health benefits, such as All-Natural Collagen Peptides. You’ll get all the flavor, none of the junk, and maintain your paleo nutrition.

Today we’re taking a healthy spin on an all-time American favorite, apple pie. The first thing that comes to mind when apple pie is mentioned is certainly that sweet, apple taste. But, when you’re following a paleo regime, your brain is “programmed” to switch from daydreaming about forbidden foods to calculating ingredients and sometimes calories in a flash.Let’s be honest, the odds aren’t in our favor with this one. Even though it may seem impossible to replace all the “blacklisted” ingredients with less carby alternatives, we managed to come up with a paleo-friendly apple pie alternative that, dare we say, could even beat the original.

But before we jump into the almost-too-good-to-be-true collagen-infused paleo apple pie bars recipe, let’s talk a bit about what collagen brings to the table in this recipe. 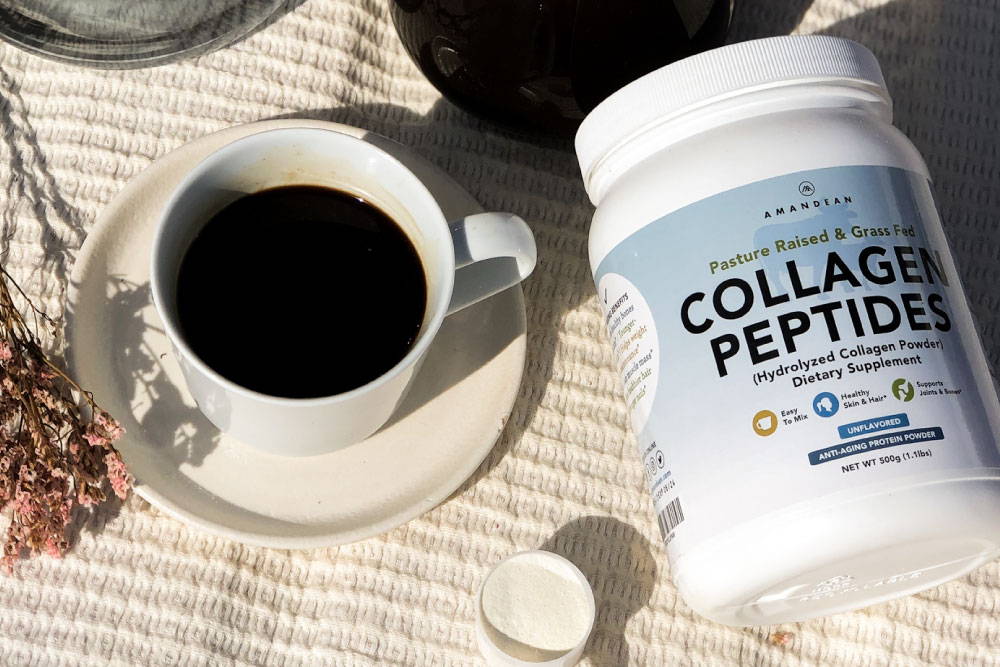 We get it, we get it. Adding bovine-sourced protein powder into a dessert may seem a bit counterintuitive and slightly odd. Before we proceed to baking, let’s take a quick moment to understand the WHY. It’s crucial to emphasize that our unflavored collagen supplement will not alter the taste or texture of your dishes. In addition to being tasteless, collagen peptides are also odorless, which means that that beautiful apple aroma won’t be changed either. On the other hand, collagen powder in the form of beef gelatin powder can serve as an excellent thickening agent for baking recipes, replacing ingredients such as while flour, which are generally a no-no for paleo followers.

Collagen is a well-known nutrient in the world of beauty, but it certainly deserves much more recognition than that, being that it is the most abundant protein found in humans. It is safe to say that, when it comes to body composition, collagen makes up a big part of it. It makes up the majority of the structure of our joints, bones, skin, connective tissues, muscles, and cartilage, while also giving support to blood vessels. Long story short - without collagen, our bodies would simply fall apart.

Furthermore, given the structural role of collagen, it is essential for the health and normal functioning of many of our body parts; joints, muscles, and bones in particular. Since protein has been proven to promote the feeling of satiety, collagen is recommended as a trusty ally during your weight loss journey, helping to naturally suppress the appetite.

With the natural course of protein production degradation as we age, as well as environmental pollutants and daily stress, our skin often pays the price. Collagen appears to be a potent anti-aging supplement, promoting the hydration and elasticity of the skin, while improving its texture. In addition, collagen has been found to decrease the visible signs of skin aging, including wrinkling, fine lines, and exaggerated pores. In addition, collagen may also aid in the management of chronic skin issues like acne & eczema. 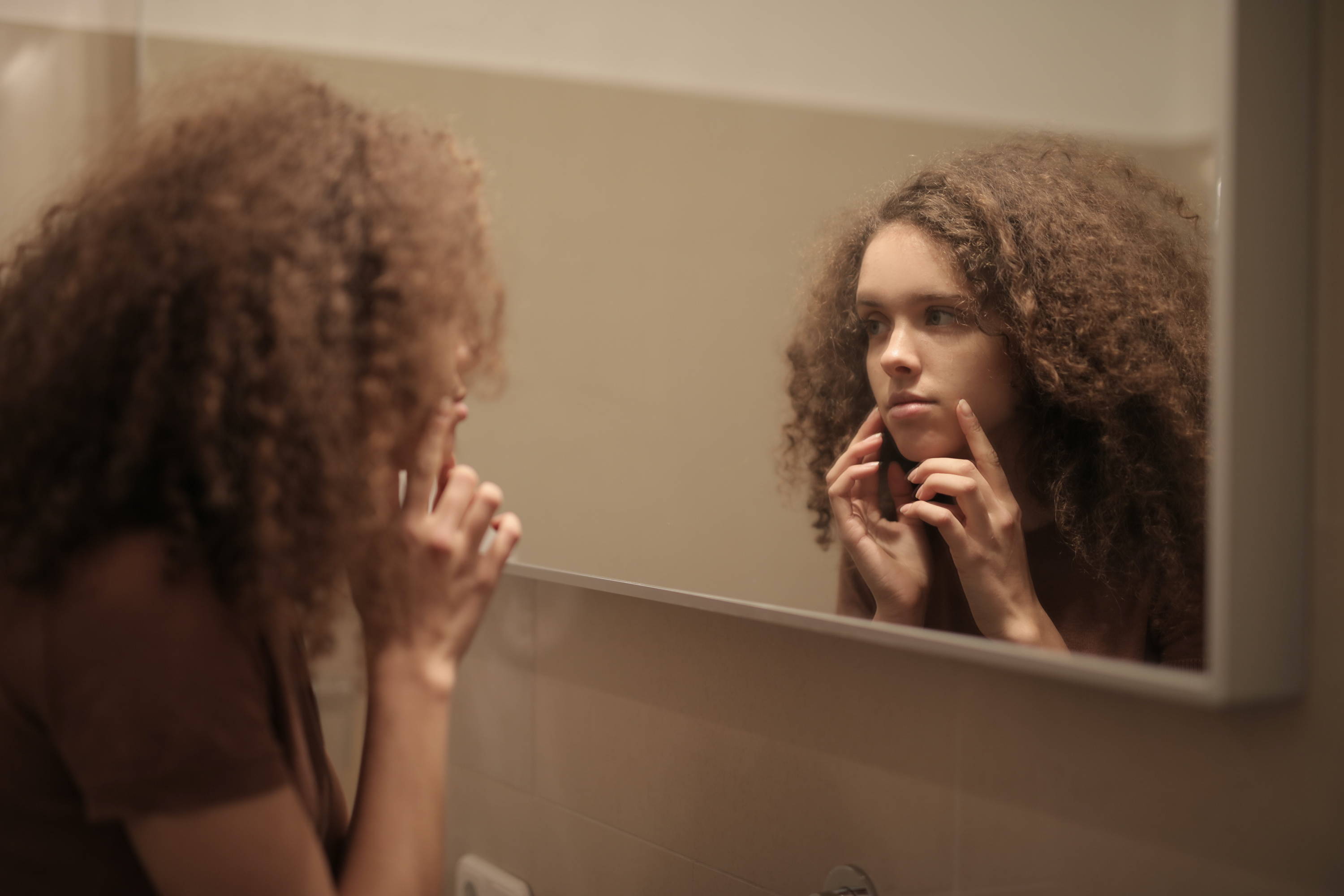 After the age of 25, we become seriously underequipped when it comes to the needed resources for natural collagen production. In order for our body to continue producing this vital protein, we need to supply it with its building blocks - the necessary amino acids found in non-GMO collagen supplementation. If you’re finding it hard to keep up with taking supplements on their own, adding a collagen supplement into your beverages and homemade recipes might be the best strategy for you. It’s convenient, time-efficient, and you won’t even know it’s there.

Offering a great anti-inflammatory potential, collagen has been found to ease joint pain, shorten the recovery time, aid in autoimmune conditions, and promote digestive health. And while on the topic of the inflammation-combating activity, cinnamon is yet another natural ingredient included in our collagen-infused paleo apple pie, recognized as a powerful anti-inflammatory agent. Besides being incredibly aromatic and giving your desserts that extra pinch of spice, cinnamon is also packed with natural antioxidants and provides protective and anti-bacterial properties.

The wait is over; let’s get into the delicious recipe! 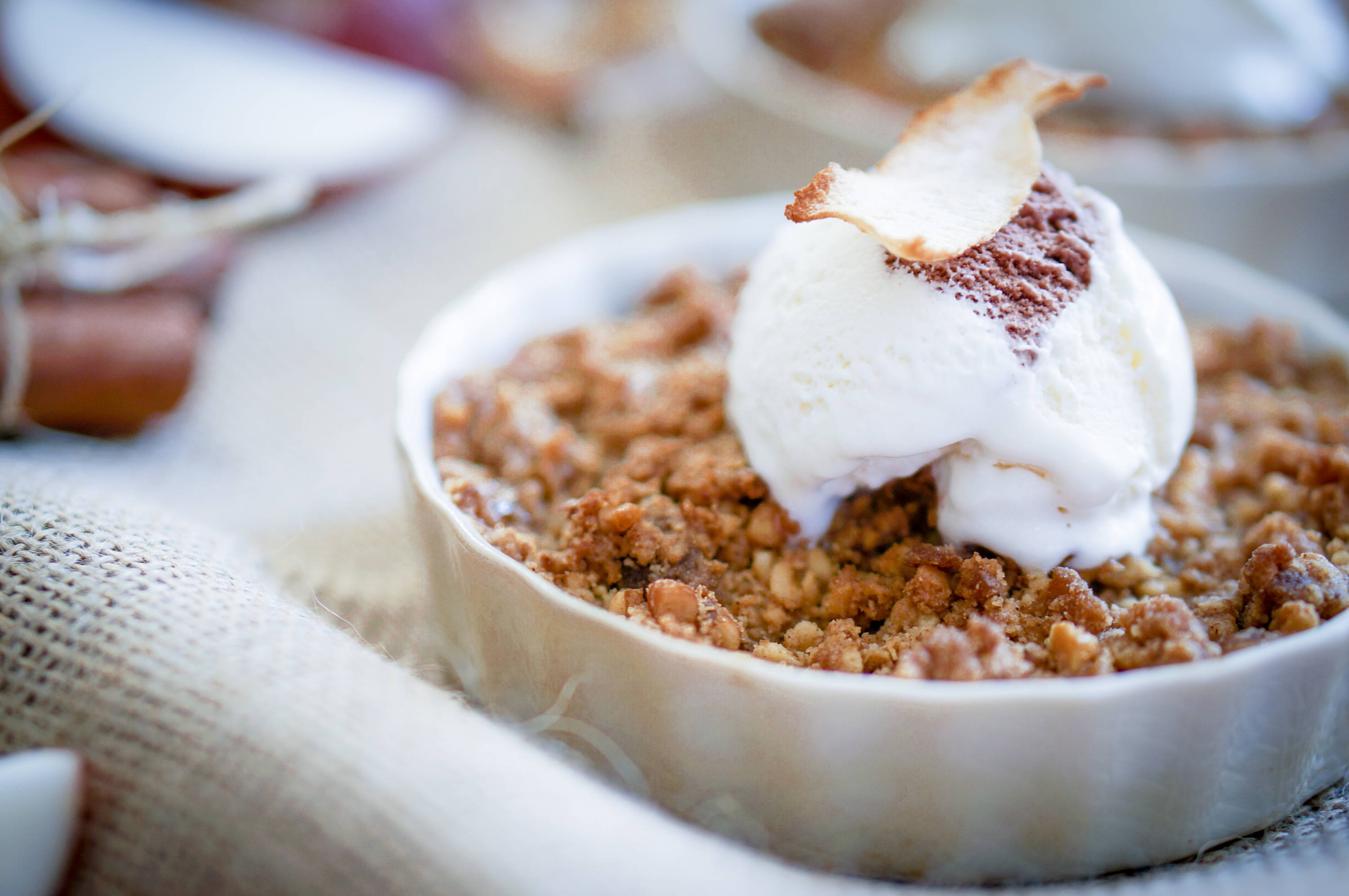 For the crust you’ll need:

For the filling you’ll need:

Make sure that your oven is preheated to 350 degrees, and prepare a 8 x 8 square metal baking dish with parchment paper.

To make the filling, mix the lemon juice, apples, and water in a saucepan and bring the mixture to a boil over medium heat, until your chopped apples are a bit soft.

To create the crust, combine the maple syrup, vanilla, coconut oil, almond butter, and a scoop of collagen powder, whisking them all together. Add the almond flour, salt, cinnamon, coconut flour, and baking soda, and keep stirring until you’ve formed a thick-consistency dough. Place three-quarters of the dough onto parchment paper on your baking dish and bake for 7 minutes to create the bottom crust. Chill the remaining dough for the top crust to be added later on.

After 7 minutes, remove the bottom crust from the oven, pour the filling on top of the partially baked crust, and disperse evenly. Add the top crust, return the pie into the oven and bake it for another 25 minutes until the top crust turns golden brown. Remove from oven and allow the pie to cool prior to cutting it into bars.

If you’ve opted in on the caramel sauce, bring the coconut cream and coconut sugar to a boil over medium heat. Lower the heat and continue stirring the mixture evenly until reduced. Once the sauce has reached the desired thickness, remove from heat and add the salt and the vanilla extract.

Check out our video below! Dogs are special companions that add joy and comfort to our lives. As dogs grow older, and sometimes even early in their lives, they may encounter health problems affecting their digestive system, joints, coat and more. The good news is that your furry friend can obtain drastic health improvements with the right diet and dog supplements. In addition, natural supplements like collagen can be beneficial for dogs and humans. Read on to find out why! What if we told you that dessert can be filling, delicious, and also support your high-protein diet? Today, Leslie from Team Amandean walks you through one of her favorite sweet treats: Dairy-free chocolate pudding with a scoop of pure Marine Collagen powder. It's easy-to-make and gives your sweet tooth a kick of collagen protein to support your skin, hair, nails, and body. Get the recipe and prepare it today in under 10 minutes.

Do you lose your appetite at the very thought of consuming greens? If you're not much for salad or the idea of prepping veggie dishes, a daily green juice is the way to go! It is convenient, nutritious, and you can elevate it with your supplements for even more health benefits. Our recommendation for today is an antioxidant-infused green juice for powerful detoxifying and anti-inflammatory effects!