I think we could all agree that coffee has a rather elevated position in the lives of many people, and that it has long ago risen above the status of just another beverage. It is a ritual, a moment you want to have all to yourself or share with special people. Whether you’re starting your day with it, or it's the one thing that gets you through the day - there’s no denying that we’re talking about a powerful fuel that many people cannot imagine a single day without.

With so many different variations of this seemingly simple beverage and long lines at every hipster coffee shop, is there really anything you could add to bring your coffee to the next level? Well, the answer is simply YES (and, to be quite honest, what else could you expect from people who found a way to make wine and cocktails healthy?). Yes, we add all-natural Collagen Peptides to our coffee, and by throwing CBD oil into the mixture as well, you can enjoy your coffee while also grabbing multiple benefits. Now, this is what we call a win-win. Read on to find out more. 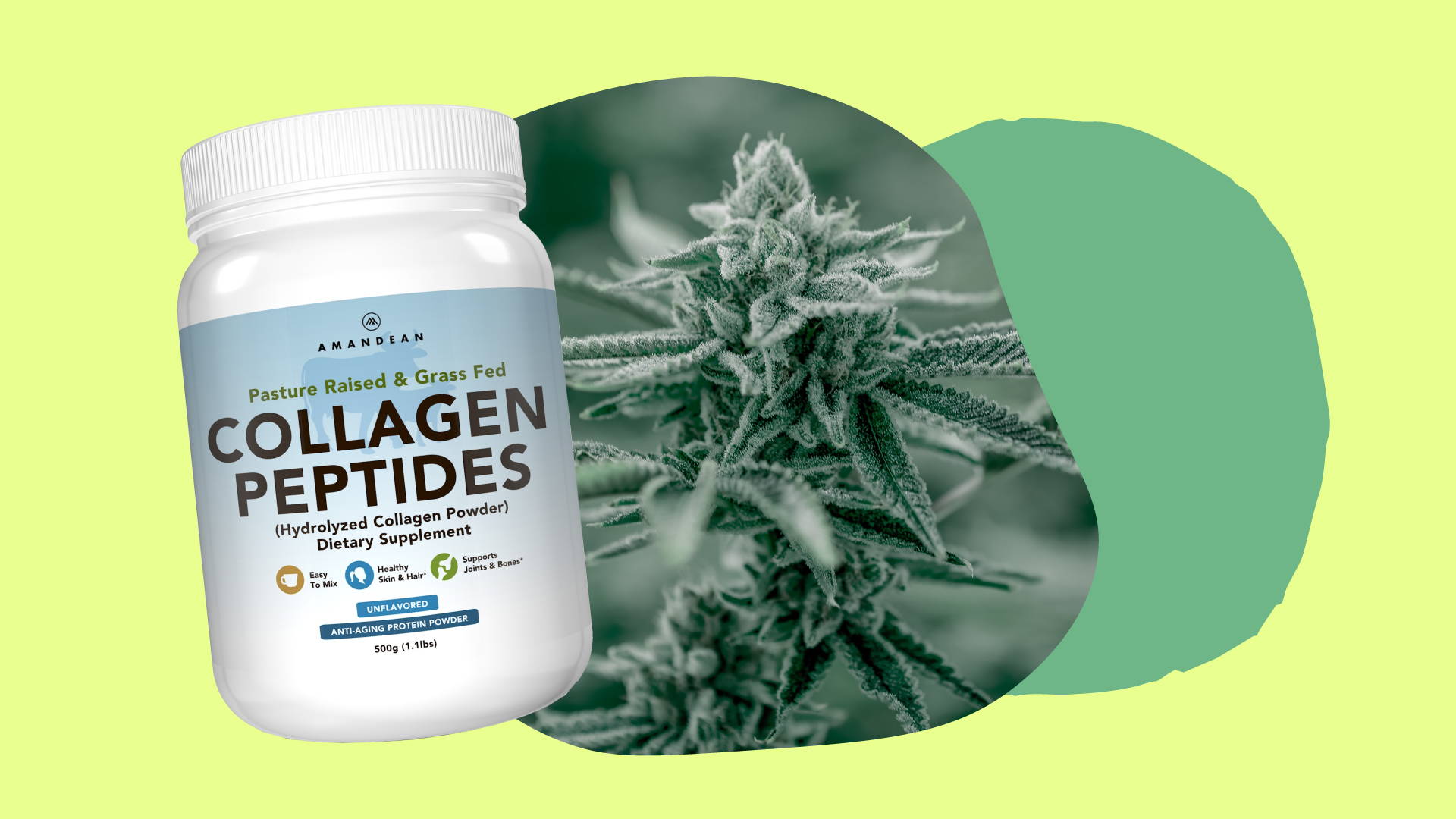 CBD oil (short for Cannabidiol) is the second most abundant cannabinoid in the cannabis plant, the first one being THC (tetrahydrocannabinol), CBD Oil Reviewstates. CBD can definitely be found in cannabis plants, but it is mostly sourced from the hemp plant. While people often mistake hemp for marijuana or cannabis, these three terms are not to be used interchangeably. Hemp and marijuana both belong to the Cannabis Sativa family, but they differ greatly - and not only when it comes to their appearance.

According to Medium, CBD has been proven to contain no psychoactive agents, whereas THC does trigger psychoactive effects, and this is where the primary distinction between hemp and marijuana lies. Namely, while hemp contains a very low percentage of THC (only 0.3% or less), marijuana has a high concentration of THC (15-40%). Moreover, marijuana is used for both recreational and medical purposes, while hemp has an industrial purpose above anything else. Finally, when it comes to legality, hemp is good to go in most parts of the world, while marijuana is mostly illegal due to high THC concentration. What’s also good to know about CBD is that it is not physically addictive.

Now that we’ve established a clear distinction between marijuana and CBD oil, we can move on to its numerous, scientifically-backed health benefits. First and foremost, studies have shown that CBD has a significant pain-relieving effect. A study on pharmacotherapeutic considerations for use of cannabinoids found that CBD may ease chronic pain, as well as decrease inflammation. Yet another study on cannabinoids in the management of difficult to treat pain confirmed the analgesic mechanisms of CBD when dealing with persistent pain. 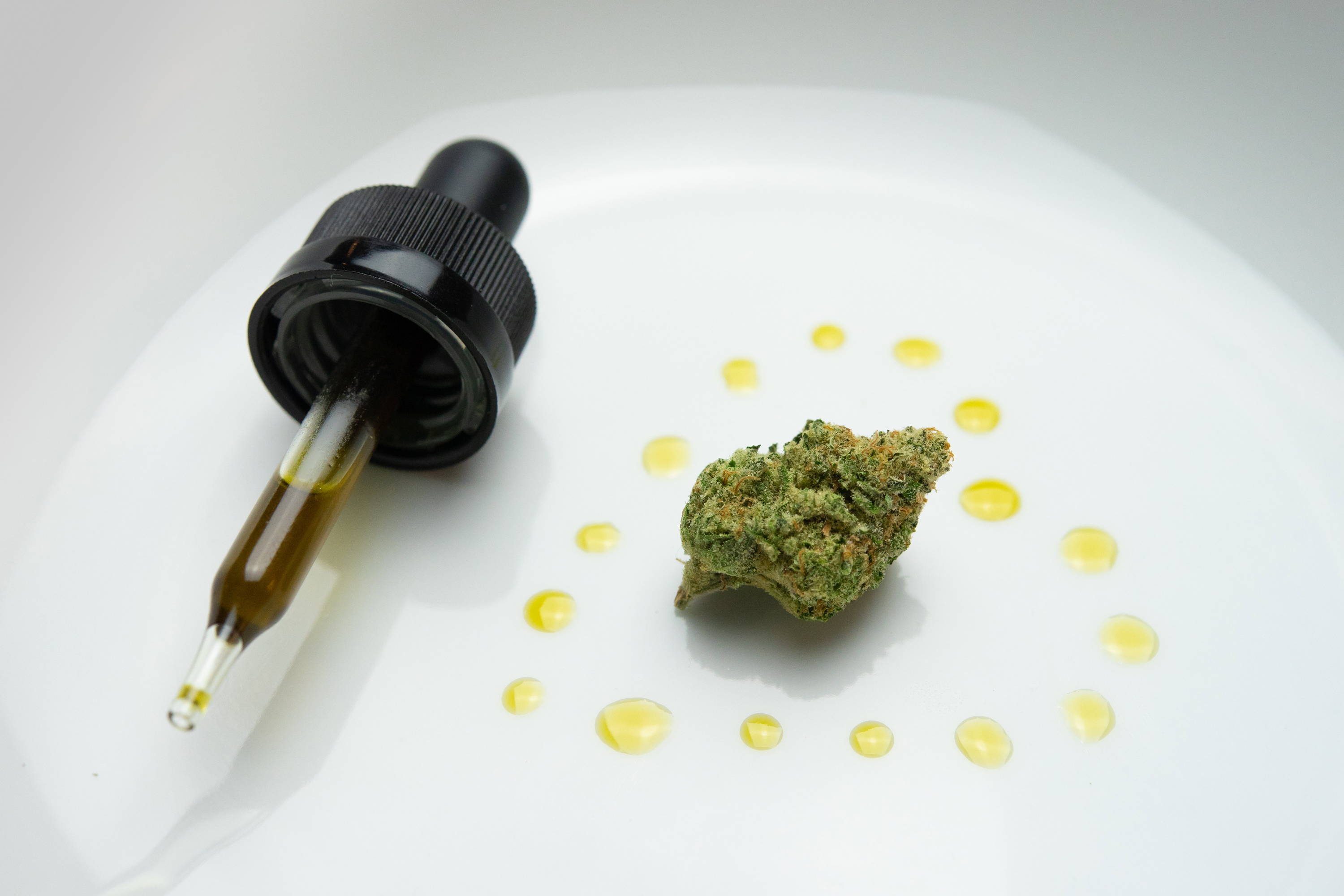 CBD oil has also been extremely effective when it comes to managing anxiety and depression. A study by Mateus M. Bergamaschi et al. found that individuals dealing with social anxiety and fear of public speaking felt a significant improvement upon receiving a dose of CBD when it came to their confidence and cognitive functions. Furthermore, CBD oil has also been proven effective when dealing with anxiety and insomnia as a consequence of posttraumatic stress disorder, a case report on the effectiveness of cannabidiol oil finds. As far as depression is concerned, CBD demonstrates antidepressant-like and anxiolytic-like effects.

In case you’re dealing with acne, you know just how stubborn this skin issue can be. Well, CBD oil may be just the thing to include in your skin care routine since it has been found to reduce excessive sebum secretion, while also easing inflammation and combating inflammatory agents that cause acne in the first place, a study conducted by Oláh A. and colleagues suggests. In addition, scientists have confirmed a promising role of CBD in managing psoriasis by inhibiting keratinocyte proliferation. 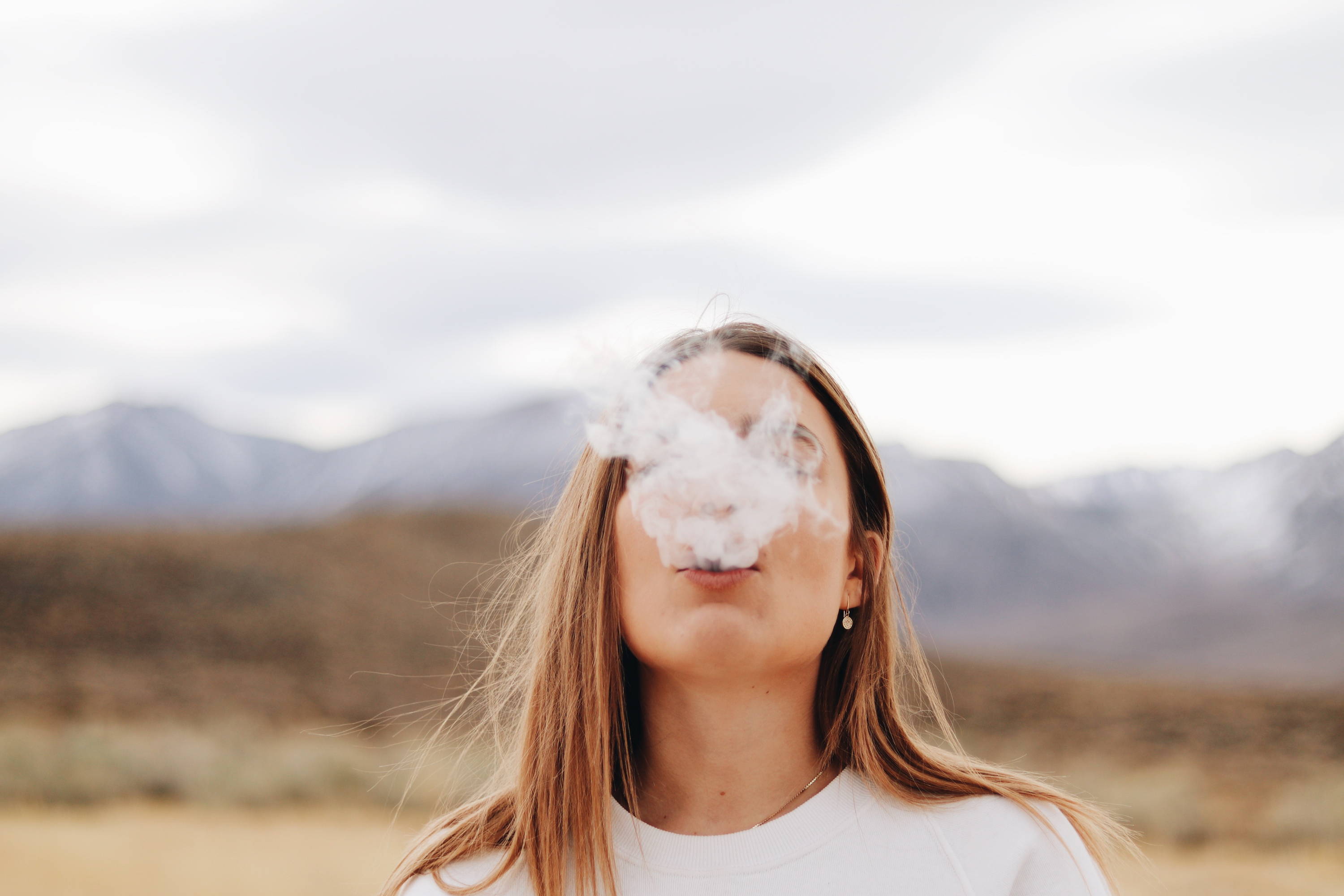 If you’re looking to quit smoking and kick this bad habit once and for all, CBD oil may be of great assistance. A study on cigarette consumption suggests that CBD may reduce nicotine cravings, hence its potential role when it comes to managing addiction. Also, taking previously mentioned benefits such as easing anxiety and managing sleep disorders into consideration, CBD is worth mentioning when it comes to coping with withdrawal symptoms.

A Quick Look Back on Mighty Collagen

Did you know that collagen makes up for approximately 30% of the protein content in the human body? That fact alone is more than enough to establish collagen’s importance when it comes to nutrients. Collagen was proclaimed the structural protein and the glue that holds the body together thanks to its immense role in the body’s strength and structure. The good news is that collagen is already present in our bodies, and this endogenous collagen is being manufactured naturally. Inevitable collagen depletion is where things start getting tricky, and that’s when our organisms call for exogenous collagen, in the form of collagen-rich foods or supplements such as Non-GMO Grass-Fed Collagen Peptides.

According to Medical News Today, collagen is largely present in bones, connective tissues and skin, being responsible for their structure and health. Type 1 collagen fibrils (present in all-natural Pasture-Raised Collagen Peptides) have proven to be stronger than steel and extremely resilient. Collagen is a fibrous protein which provides our skin with texture and is largely present in cartilage.

When it comes to cartilage, collagen has a protective role, surrounding it in the form of a glue - thus protecting joints. A study focused on collagen hydrolysate for the treatment of osteoarthritis and other joint disorders discovered that collagen supplementation may be rather effective when it comes to osteoarthritis management, as well as decreasing joint pain in general. 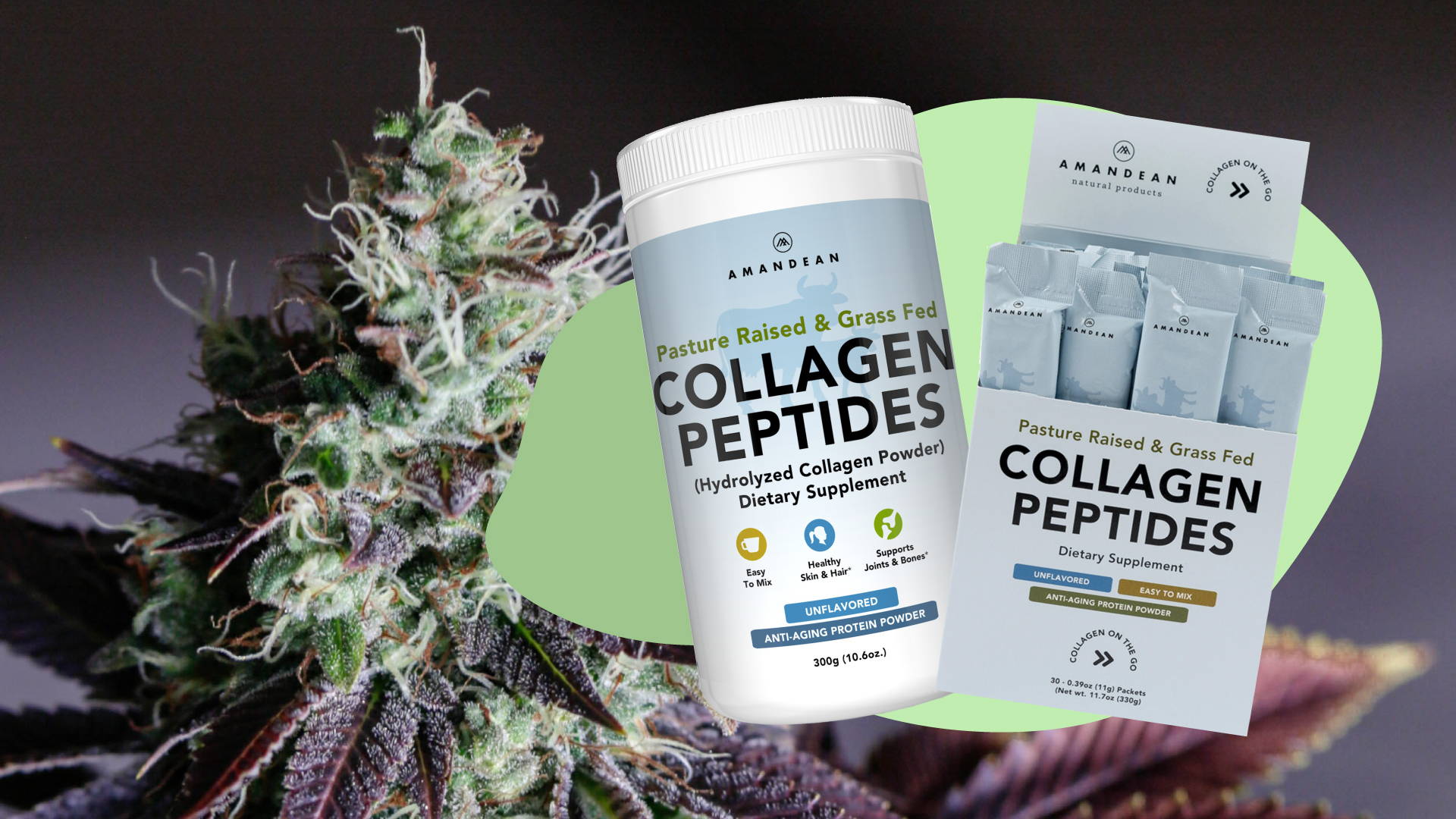 Quality collagen supplementation, such as Fat-free Collagen Peptides from Pasture-Raised Cattle, has a great role in bone density and health. A study by Daniel König et al. shows a significant improvement (an impressive 7%) in bone mineral density with daily consumption of collagen over a period of 12 months. Furthermore, collagen is an absolute must when it comes to muscle function and strength, a study on the structure and function of the skeletal muscle extracellular matrix indicates.

Collagen Peptide supplementation has also been shown to support and boost muscle mass growth, which makes it a rather appealing addition to workout nutrition. And since it is unflavored and soluble, it mixes well with all your workout shakes (as well as your coffee, but we’ll get to that in a second) without changing their smell, taste, or texture.

By combining these two supernutrients, you’re essentially marrying all their benefits into one single drink - making your coffee a superdrink! But what happens when CBD oil and soy-free Collagen Peptides join forces?

The beauty and nutrition world has already proclaimed Marine Collagen from Wild Caught Cod a miracle worker when it comes to skin health and anti-aging effects. Collagen has a predominant role in skin structure and strength, which are jeopardized due to the aging process. Moreover, collagen has been found to reduce visible signs of aging, including wrinkles and fine lines, mostly by increasing the level of skin hydration. 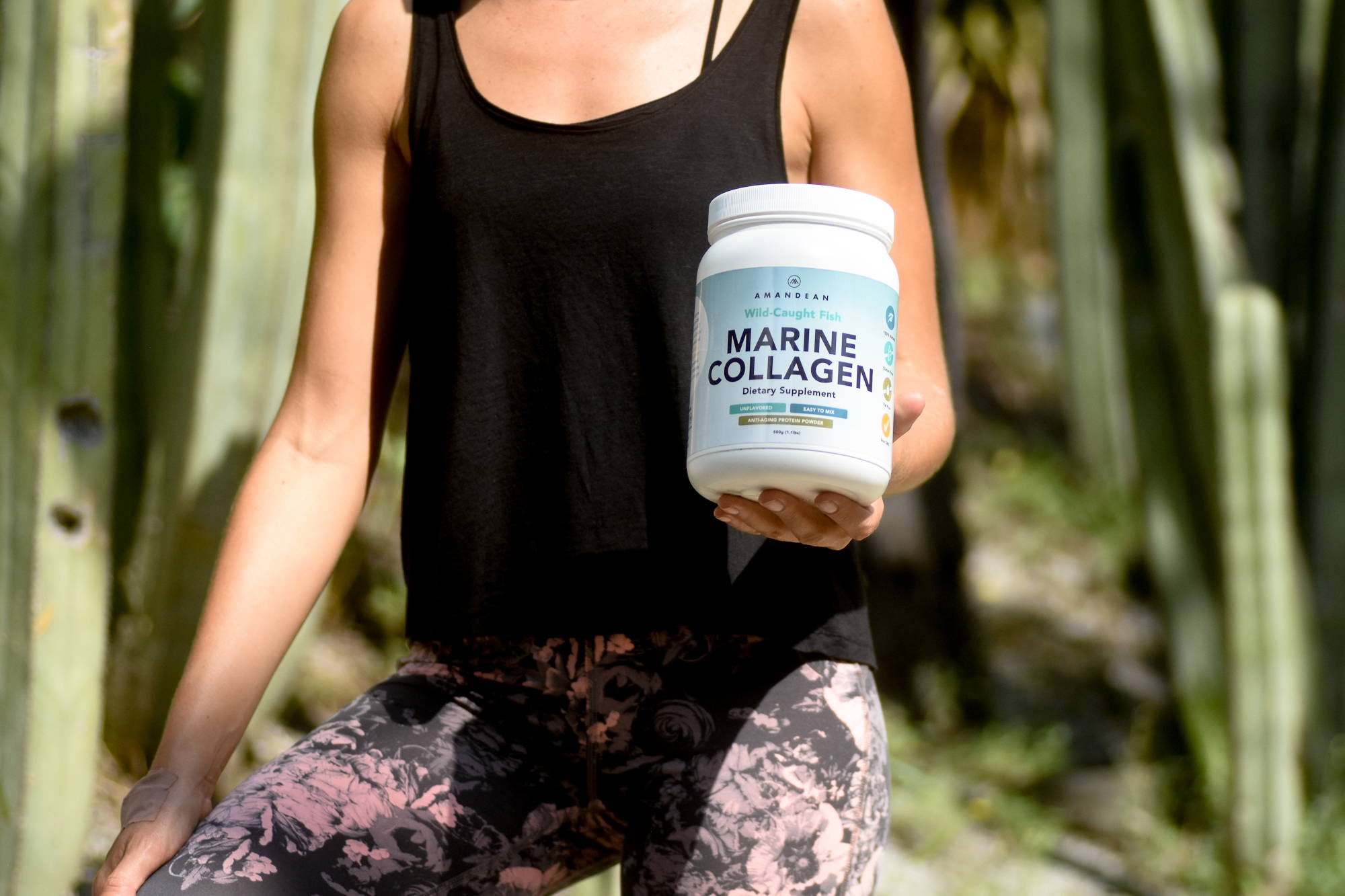 However, collagen supplementation isn’t the only way to raise your collagen levels once natural production starts decreasing. Faced with a lack of collagen, not only will the skin’s texture and plumpness suffer, but every single vital role of collagen in the body may be compromised, as well.

CBD oil has demonstrated potent antioxidant properties in managing oxidative stress, a study by George W. Booz finds. And since oxidative stress is the major trigger in skin aging as well as collagen depletion in general, it is no wonder CBD oil has a major impact on collagen levels. What’s more, CBD has been found to conceal the appearance of skin aging signs, such as discoloration and wrinkles, a study on the endocannabinoid system of the skin in health and disease suggests. Therefore, Anti-Aging Marine Collagen Peptides and CBD oil combined represent unique machinery against collagen depletion and skin aging.

A strong connection between CBD and collagen crosslink ratio has been recognized even beyond CBD’s antioxidant properties. A study conducted by Natalya M. Kogan and colleagues emphasized the positive impact of CBD on collagen levels and crosslinking in the matrix.

You may not be able to order a CBD oil & collagen coffee at your favorite coffee shop yet (or maybe you could be the one to put them onto it?), but until the world gets familiarized with the greatness of this trio, it won’t take much time or effort to stir it up yourself. 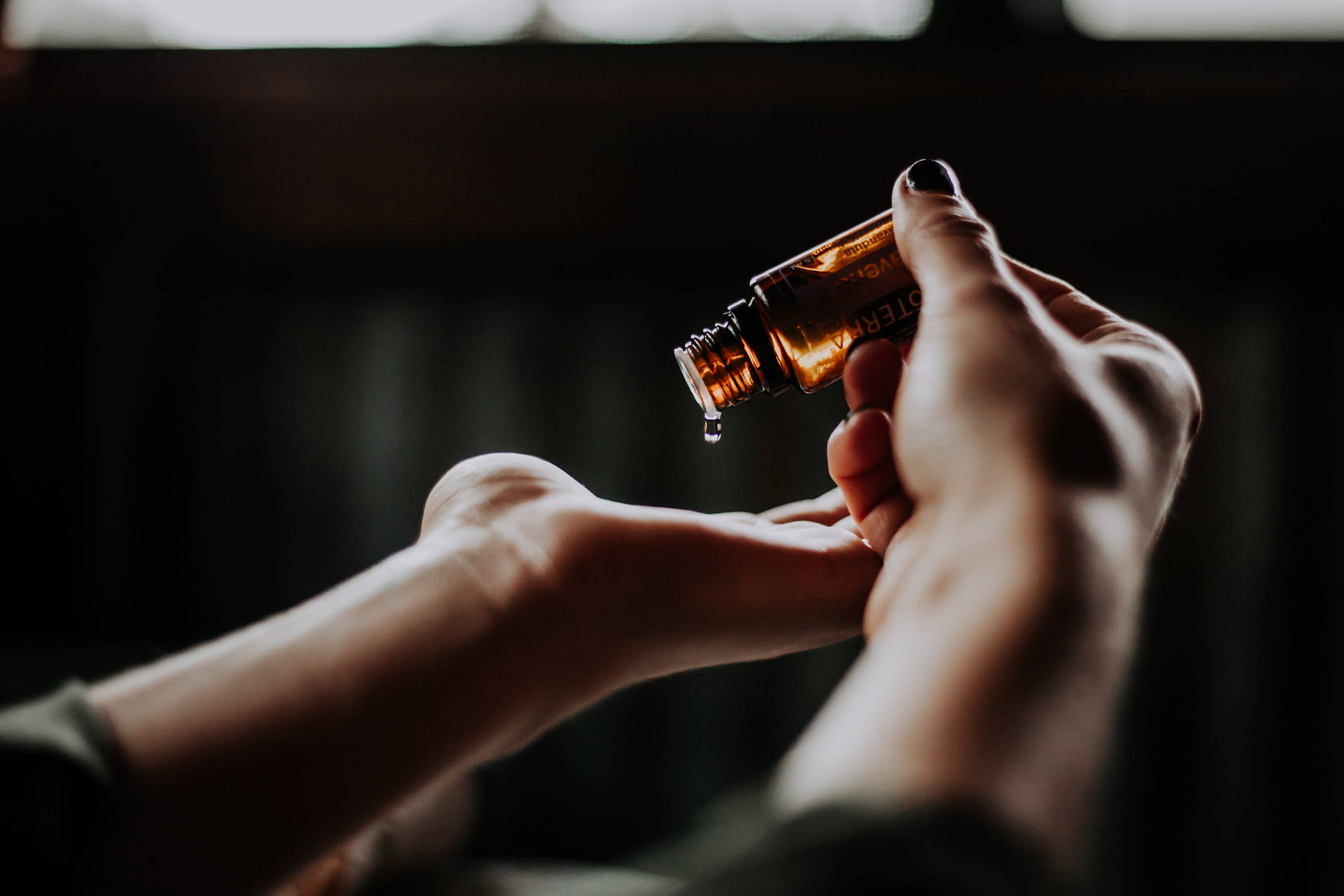 Once you have your drip coffee ready, add the desired amount of CBD oil and a scoop of collagen powder. For the best solubility, make sure to add the collagen peptides after you pour the coffee. Now stir it up and enjoy your supercoffee! Also, while on your coffee break, make sure to head over to our online store to check out more of our selectively-sourced premium supplements.