We’re all guilty of overindulging during the holidays, but can we really be blamed? When surrounded by all that delicious food, it’s hard not to give in to tasty temptations. And while there’s nothing wrong with having a few guilt-free days to truly relax and forget all about calories and their consequences, what we should remain aware of is the effects that larger quantities of food can have on our digestive health.

While our taste buds may have been experiencing Nirvana, our stomachs certainly feel the effects of holiday feasting - and the aftermath isn’t always pleasant, to say the least. We all know that moderation is key, but in case it didn’t quite go hand-in-hand with your diet over the holidays, we’ve prepared a few tips to aid your digestion back to good health. Keep reading!

What Exactly Happens When We Overeat?

Believe it or not, every single one of us have the ability to determine a healthy portion size intuitively, depending on their activities, gender, weight, & current state of health. Nevertheless, we’ve all experienced temptation, especially when it comes to foods we really enjoy, and that’s when overindulging occurs. Experts say that our body sends us clear signals when we’ve “crossed the line” and taken that extra bite that could push us over the edge, specifically by raising our body temperature. Therefore, if you’re not eating anything spicy, but you feel a sudden hot flash - it could be your stomach warning you of certain limits.

Of course, additional consequences of overeating are manifested through visible bloating, difficulty breathing, and tightness in the stomach area which makes us want to loosen our pants (or regret we hadn’t anticipated overeating and worn something more comfortable instead). When it comes to actual stomach discomfort, this is often caused by digestive organ swelling, which triggers bloating, nausea, and acid reflux in certain cases.

Dealing with Leftovers & The Consequences of Holiday Eating Behavior 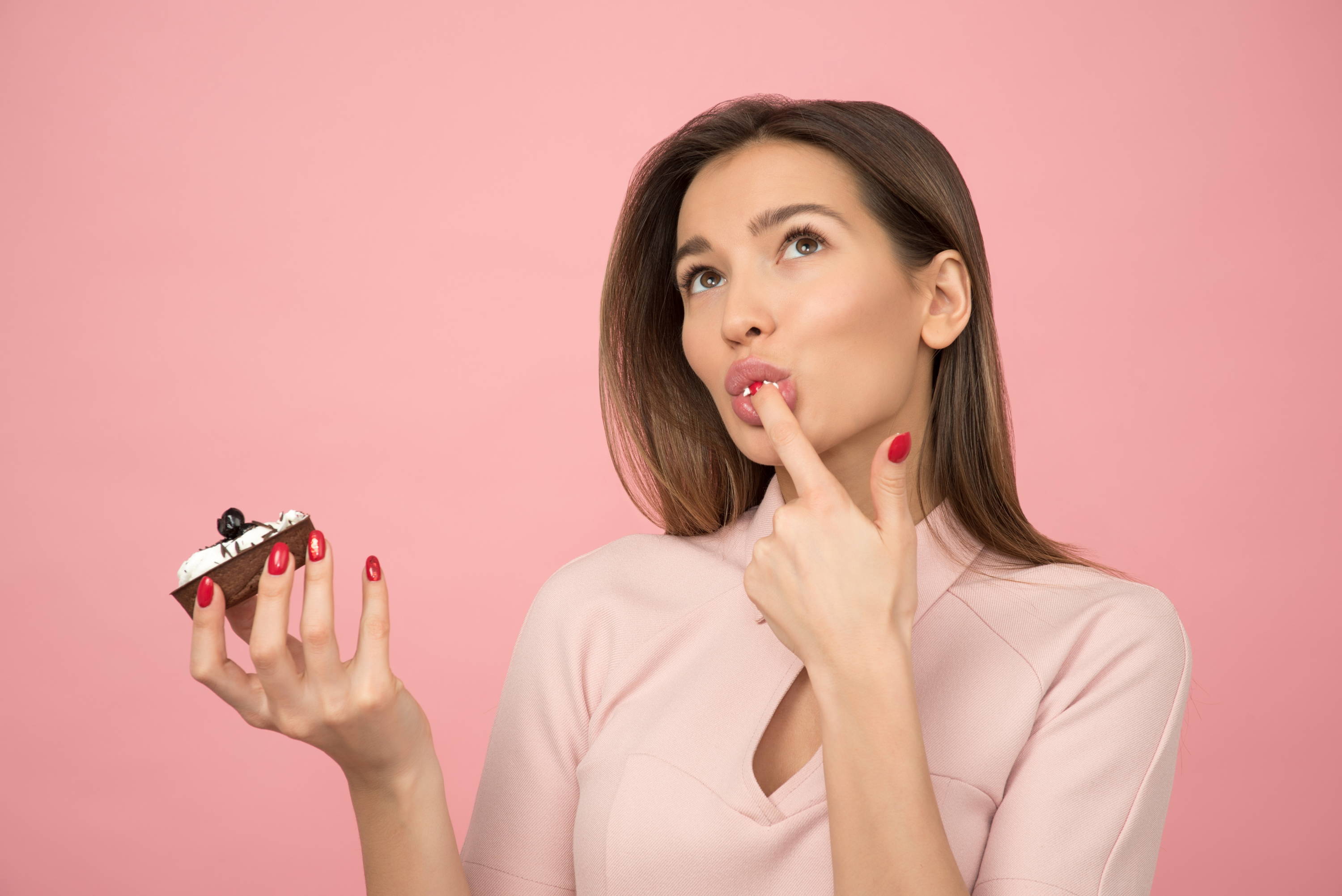 In case you’re trying to avoid the whole holiday leftover food havoc and stay on track as much as possible, you’re certainly going to need a bit of a game plan, since temptation is literally everywhere. That being said, we’ve prepared some tips and tricks for this nutritionally challenging time of year, and we’re rooting for you! (And in case you’re not on Team Healthy and you’re still in full holiday mode we totally understand - stay tuned for tips on getting over the holiday bloat!)

Our first piece of advice would be to plan and prepare your meals ahead in order to avoid making excuses! Yep, meal planning is certainly more than just an Instagram trend and an excuse to purchase a dozen cute-looking food containers. In order to avoid temptation and remain in your lane, simply deprive yourself of leftovers by planning, preparing, and storing your daily meals. Chances are you’ll feel far more motivated to stay on track knowing that there’s a healthy, nutritionally well-balanced meal ready for you in the refrigerator, so there’s really no excuse for you to grab a plate of mac and cheese during a sudden attack of hunger.

Even if your diet isn’t 100% back to balanced post-holidays, just be certain to incorporate your veggies - especially the ones which aid the digestion process. The veggies on the menu should be greens such as broccoli, leafy veggies, brussel sprouts, as well as colorful ones such as peppers. We also advise including onion, garlic, cauliflower, and cabbage when preparing your meals. These foods can be rich in vitamins, iron, and also act as natural anti-inflammatories, which help nurse the gut back to health if its been kicked off kilter. 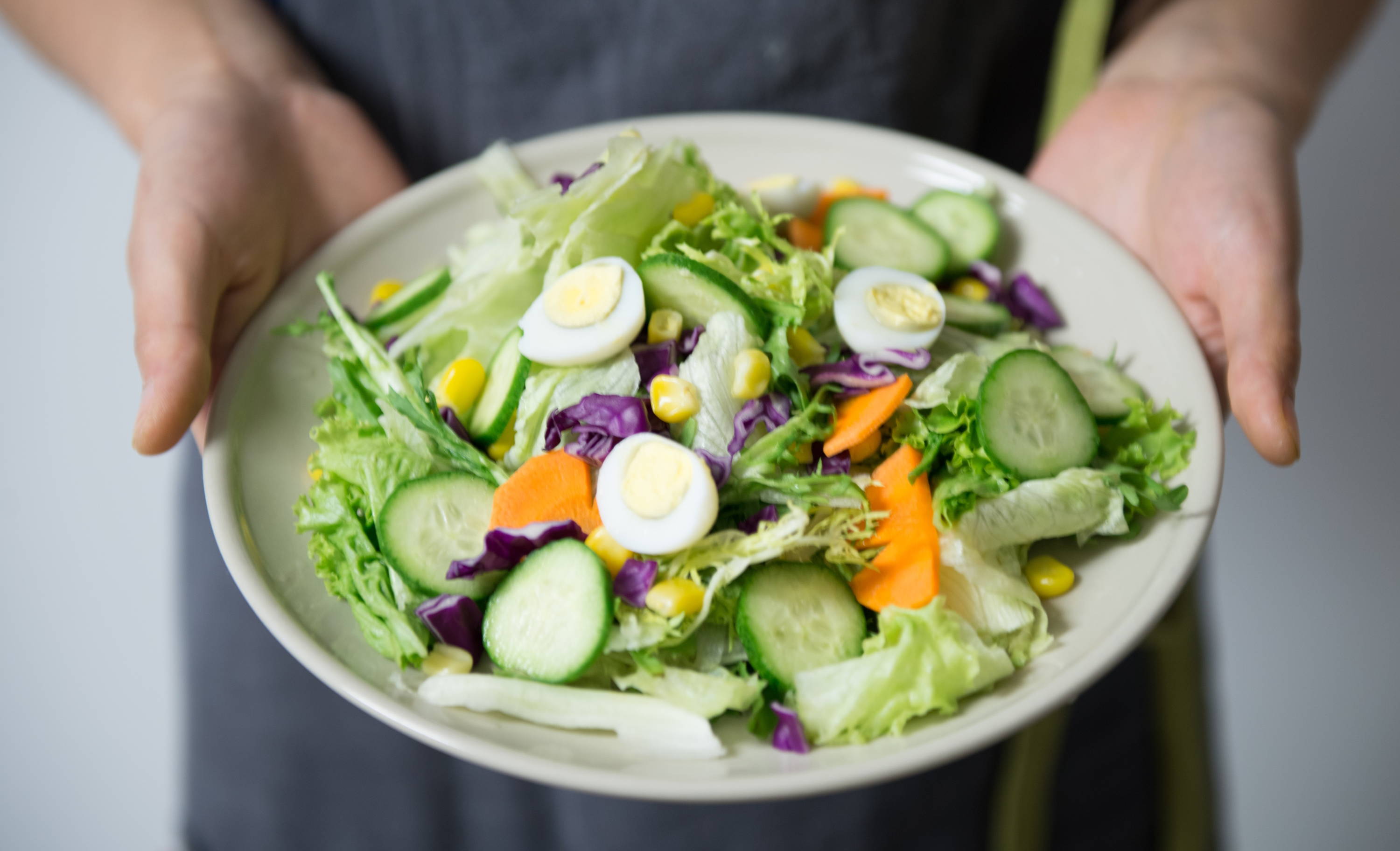 Natural probioticsrepresent a serious game-changer in nutrition, as they offer multiple benefits when it comes to gut health. Even if you’re not a fan of fermented foods, you should still consider incorporating these foods into your diet, especially if your digestive system has experienced the stress of overeating. Fermented foods that you incorporate into your diet to counter the effects of bloating include yogurt, kefir, kimchi, and sauerkraut. Natural probiotics have been found to promote the healthy gut bacteria necessary for optimal digestion. And while on the topic of good bacteria in the gut, let’s dive into the importance of bacteria balance in digestive health.

Defining the Microbiome & Its Role in Digestion

While the term bacteria may generally have a negative connotation, it is crucial to understand that bacteria can also be good and necessary in certain aspects of our health - especially when it comes to the gut. The human microbiome represents a complex structure containing communities of good bacteria, as well as fungi and viruses. When it comes to functions of the microbiome, it is crucial to mention immunity development, production of short-chain fatty acids, protection against pathogens, and vitamin synthesis. All of these microbiome roles are extremely important for our bodily functions.

Did you know that a healthy human gut hosts at least 1000 different bacteria species? Nevertheless, the composition of the microbiome changes over time and is rather dynamic. Factors influencing its development include environmental changes, use of certain medications (especially antibiotics), and of course - diet. In the case of decreased bacterial diversity in the gut, digestive issues such as Inflammatory bowel disease (IBD) can become an on-going problem.

The relationship between a healthy, balanced gut microbiome and other aspects of health, including the health of our skin, has been linked in a number of studies. For instance, a study conducted by I. Salem et al. states that gut health, especially microbiome balance, plays a vital role in skin health and the management of skin conditions. 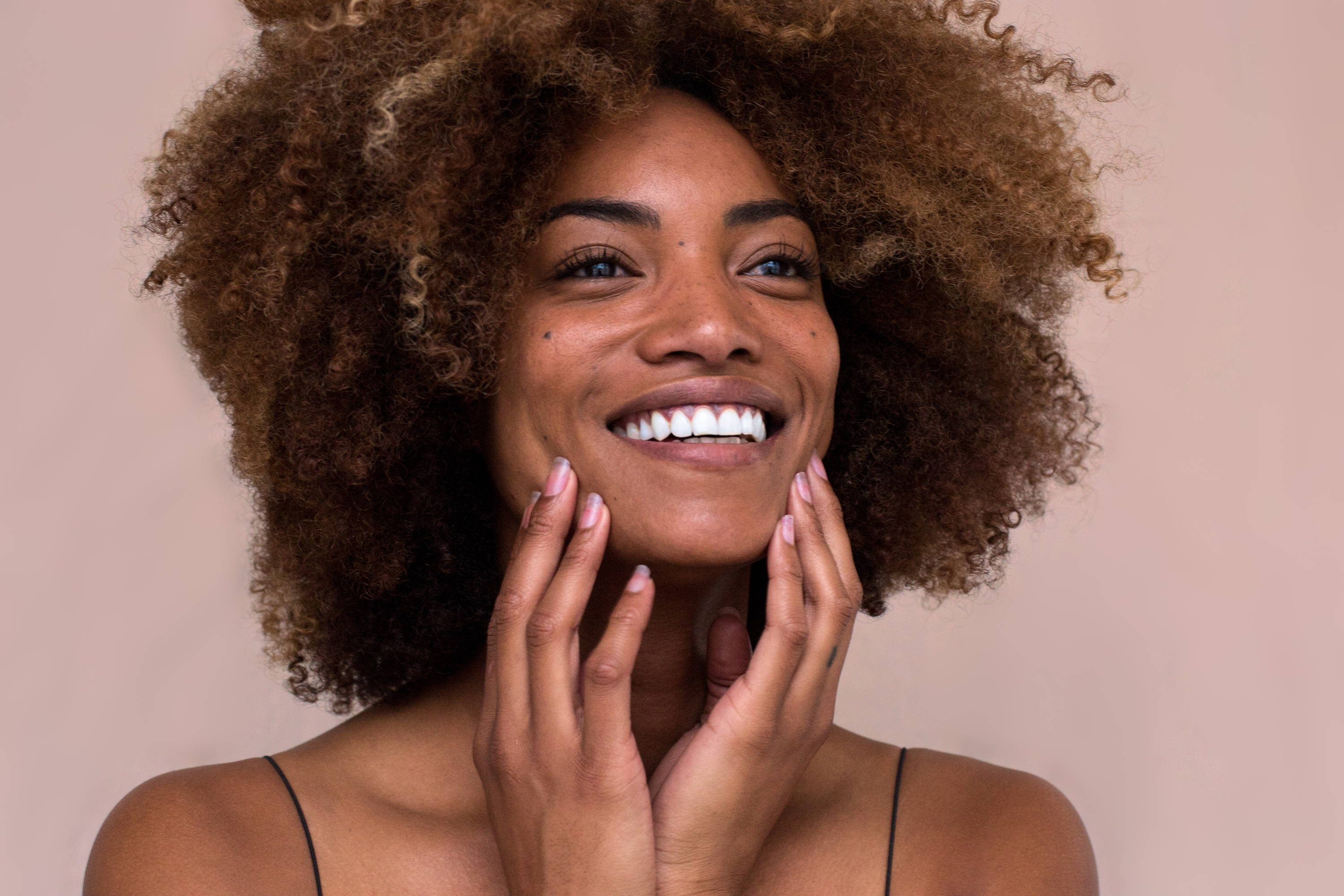 It is also quite important to mention that the gut is known as our “second brain”, which means that gut balance can seriously impact our mental well-being. In fact, states of depression, anxiety, and stress have also been linked to digestive issues, and the term “gut instinct” actually has a scientific background. Namely, the longest brain nerve called vagus stretches all the way down to our stomachs, carrying the signals from our gut, heart and internal organs to the brain. When someone says “follow your gut,” they’re not kidding!

No wonder we have the tendency to binge eat when we’re stressed - it’s the hunger hormone ghrelin which is excessively produced in the gut in times of stress. As a result of an excessive amount of the hunger hormone, our brain is falsely alarmed and convinced that we’re hungry, which is how cravings are developed. Even though the holidays are known for being happy times, many people find this time of year to be extremely stressful and overwhelming - hence the need for so-called comfort food.

Now, before we get into the actual health benefits of Grass-Fed Beef Gelatin on gut microbiota and overall digestive health, let’s take a moment to define this superfood and get familiar with its source. Gelatin is a product of collagen extraction, and therefore, it grants all the benefits that this vital protein offers.

Collagen is an abundant fibrous structural protein, largely responsible for the strength, flexibility, and overall health of skin, bones, tendons, and ligaments. And while collagen can be obtained from certain animal parts, these aren’t generally included in modern menus (unless you’re a fan of bone broth and similar specialties), hence the inclusion of all-natural collagen supplementation in form of unflavored gelatin. Gelatin contains a high percentage of pure protein, including all the important amino acids: glycine, proline, valine, glutamic acid, and hydroxyproline.

Thanks to its high glycine content, gelatinhas been found to promote cognitive functions such as memory and attention. Speaking of glycine, supplementing with this amino acid, plenty of which can be found in gelatin, has been shown to promote sleep quality and duration. Furthermore, it has been found to increase the feeling of satiety, aiding the process of weight loss by curbing the appetite - which is particularly important when talking about post-holiday season cravings. 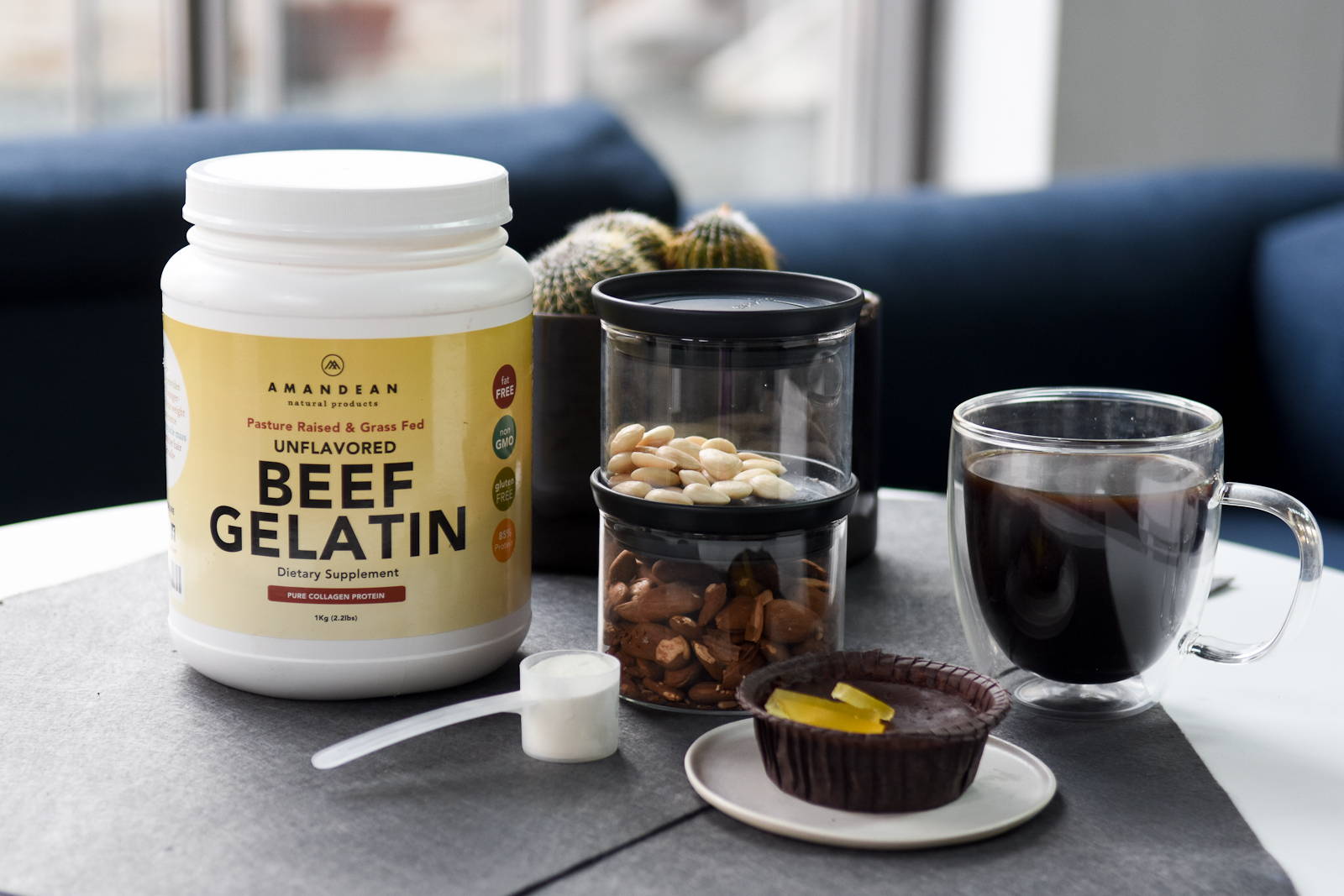 As far as gut health is concerned, supplementing with non-GMO Beef Gelatin has been shown to yield impressive results. First and foremost, gelatin has been found to play a vital role in gastric wall protection and gastric mucosal integrity, a study by Samonina G. and colleagues suggests. Glutamic acid found in gelatin is converted into glutamine in the body, which has also been shown to preserve the integrity of the gut lining.

When it comes to gut inflammation, gelatin is a supplement that is often recommended in its natural management. During the holiday season, you may have indulged in spicy foods that could have irritated your stomach lining, leading to inflammation. In these cases, gelatin has been shown to lower inflammation, while also repairing the structure of the gut wall in case of injuries caused by food sensitivities, such as the leaky gut syndrome.

Moreover, gelatin has also been found to promote gastric acid production, which is necessary for optimal digestion and proper food breakdown. Contrary to popular belief, it is the lack of gastric acid that causes heartburn, hence the importance of optimal acid levels.

Whether you’re still recovering from all the food you’ve eaten during the holidays, or you’re finding it hard to snap back from the holiday eating mode, taking care of your gut health should be a priority. Most of us have periods when we overindulge and that’s completely normal (stressing about it can only cause more harm - remember it triggers the hunger hormone!), but what matters is that we aid our digestion with healthy nutrition habits. Start by supplementing daily with a scoop of fat-free Beef Gelatin. Unflavored & easy-to-mix, you can add it to all your favorite hot drinks & cooking recipes. Make sure to head over to our online store for more all-natural supplements packed with health benefits!