Seasoned Yogis or yoga practitioners understand the benefits of yoga on both the body and mind, but did you know that consistent yoga practice can also help to keep your gut in good health?

Yoga came into my life 7 years ago while I was suffering from gut bloating and severe indigestion issues. I started practicing without knowing what to expect and without any concrete intention. It was an exploration more than anything and time for myself. After a couple of years of practicing, I noticed a significant difference in my stress levels and anxiety, but not so much in my gut. At the same time, I was experimenting with different fat-loss diets. My indigestion got worse, and I decided to try different types of yoga, breathing techniques, and Ayurveda practices. To my surprise, there were some things that actually worked.

Gentle Hatha yoga (you can also try Yin or Nidra), focusing on the asanas (e.g. spine twists, bends, and extended savasana), alternate nostril breathing, and an Ayurvedic diet were a magic combination for me. Not only did my gut and digestion issues improve, but I’ve also been able to maintain a healthier digestion in the long term. The problems I had just didn’t return.

Why is it important to maintain a healthy gut? How exactly can yoga help, and what nutrition can support our efforts in maintaining a balanced microbiota? Let’s find out.

The importance of a balanced gut 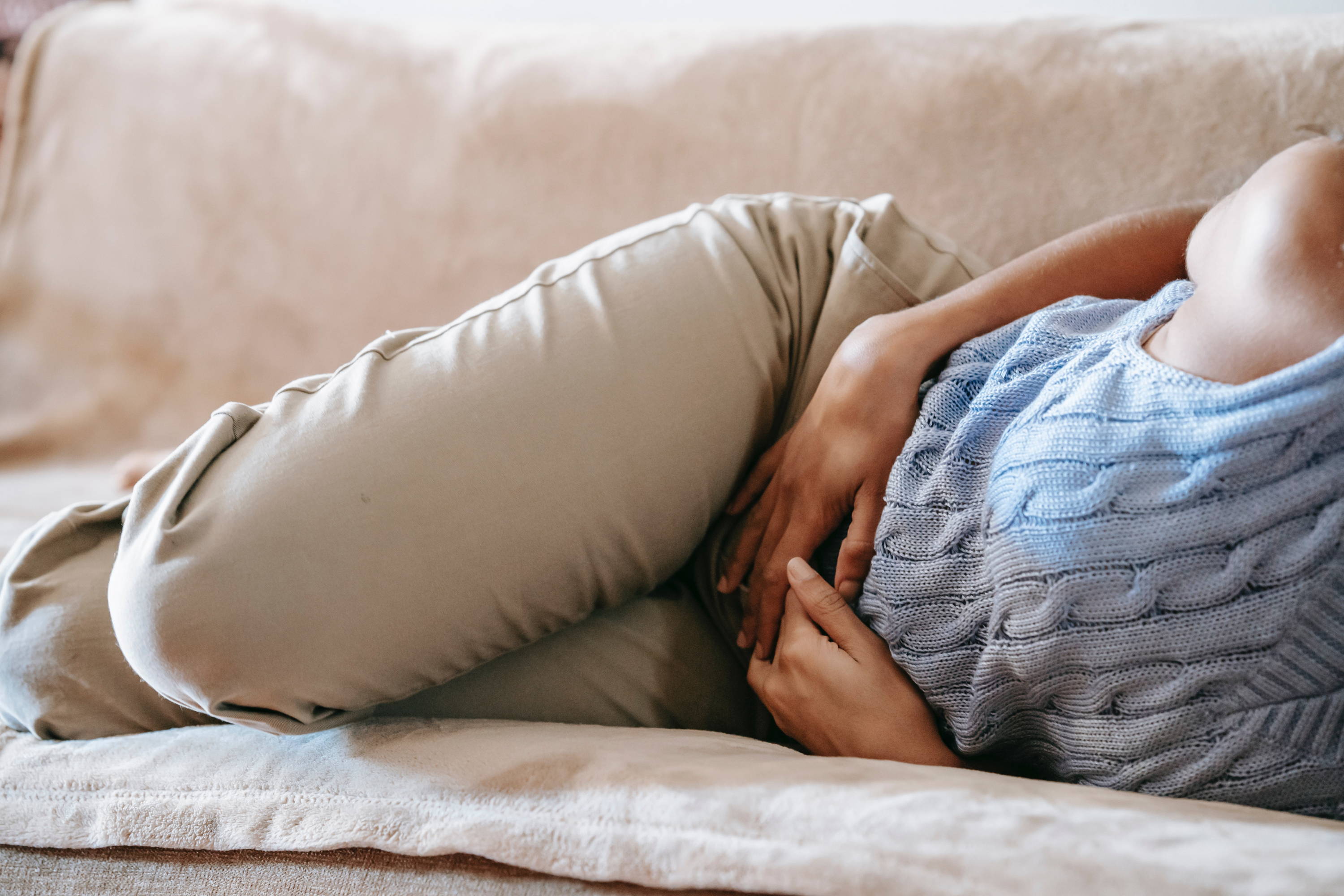 Our first association with gut health is certainly digestion, our gut does much more than that. The gut microbiome comprises up to 1,000 bacteria species, and represents a highly functional organ in our body. [1] The gut microbiome is put to work the moment a baby passes through the mother’s birth canal, which is a child’s first encounter with microbiomes. Over the years, the diversity of the microbiome develops, and it is precisely this diversity that we want to work on later in life to maintain a healthy gut. [1]

The gut microbiome is actually the first thing we should examine in cases of digestive issues such as indigestion, bloating, constipation, as well as intestinal conditions such as irritable bowel syndrome (IBS) and inflammatory bowel disease (IBD). [1] A common denominator in these issues is gut dysbiosis (an imbalance between healthy and unhealthy microbes), manifested through unpleasant symptoms such as abdominal pain and cramping. [1]

Gut dysbiosis may lead to other problems, including weight gain. A number of studies involving identical twins, where one was obese and the other healthy, have shown that their microbiota differed significantly. [1] The differences in the microbiota composition of an obese person and a healthy person, despite their genetic similarities, proves that gut microbiota isn’t genetically predisposed. Therefore, it is safe to say that our lifestyles and diets play the dominant role in gut health, and we can’t pin this one on genes. Luckily, probiotics in both food and supplementation have been found to support a healthy digestive system, potentially promoting weight loss. [1] 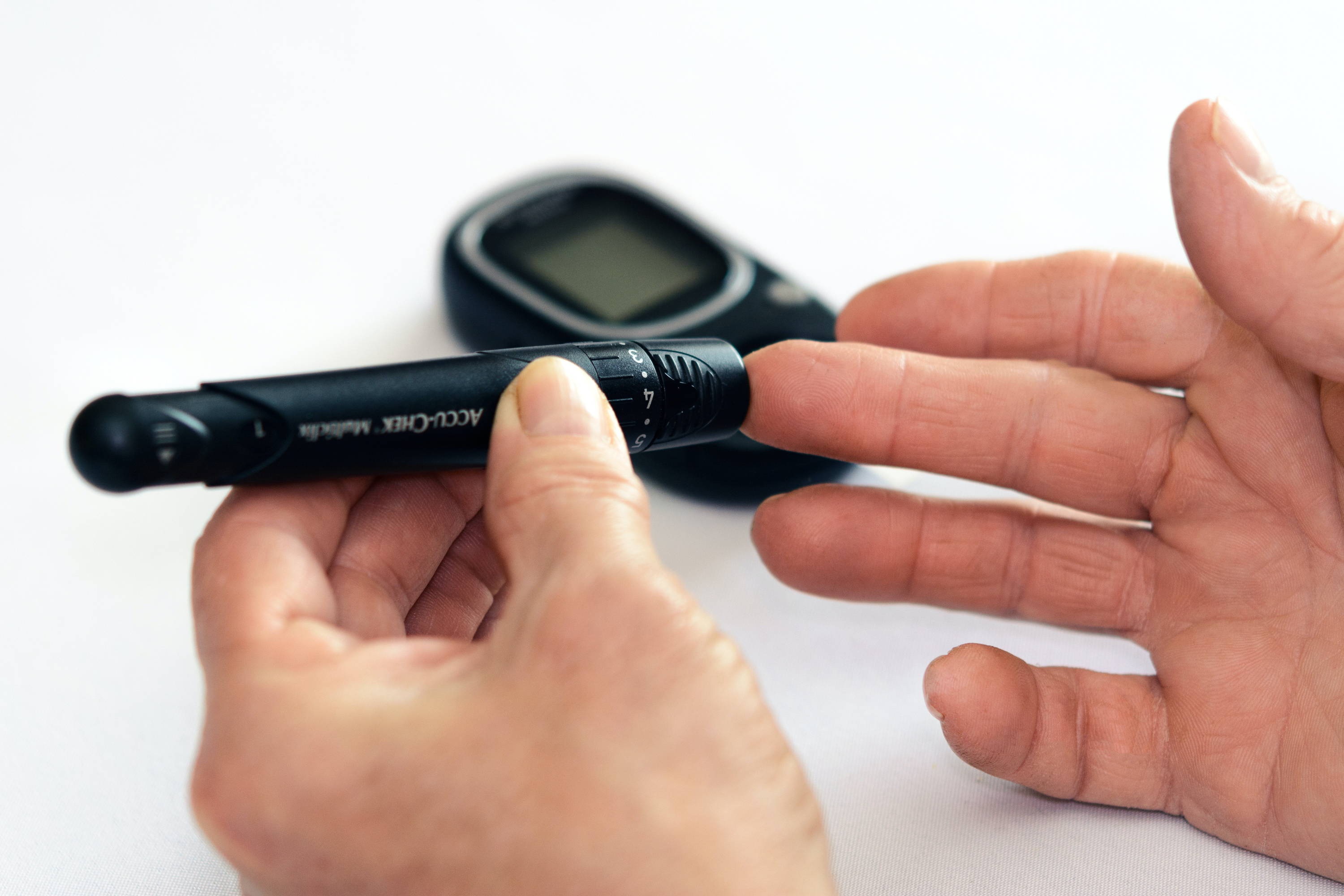 A healthy gut also contributes to a healthy heart. According to a study conducted by J. Fu and colleagues, balanced gut microbiota plays a significant role in promoting good cholesterol and triglycerides. [2] What’s more, the composition of the gut microbiome has been shown to influence blood sugar, which is one of the main factors in diabetes. [1]

You may have heard of something called the gut-brain axis, but haven’t given it much thought. The explanation behind this term is the important connection between the gut microbiota and how our brain functions. One of the most interesting facts about this bond is that the majority of the “happy hormone”, serotonin, is produced in the gut, which is no wonder given that gut bacteria participate in the production of brain chemicals.[1] What’s more, there is a pathway of nerves connecting the gut and the brain, and it is necessary for the microbiota to be balanced in order for the signals to be exchanged between the two. [1]

Yoga is a 5,000-year-old ancient Indian discipline which involves both the mind and the body. While there are many forms of yoga and yoga practices, the essence of this philosophy remains the same: obtaining control over the mind and the body. [3] When it comes to the history of this discipline, there is no written record of its inventor. It is however, one of the most popular physical disciplines in the modern world, combining spiritual and physical into one. [3] And, you can basically set up a daily yoga practice anywhere.

In order to understand yoga better, think of it as a tree consisting of roots, a trunk, branches, blossoms, and fruits. [3] The six branches of this tree could be perceived as different types of yoga, and choosing a branch allows you to set your goals straight. The six yoga branches are Jnana yoga (wisdom, developing intellect), Bhakti yoga (channel emotions and develop tolerance), Karma yoga (let go of selfishness and negativity), Raja yoga (entails meditation and strict adherence to specific disciplinary steps also known as the “eight limbs” of yoga), Hatha yoga (focusing on the body and the mind), and Tantra yoga (focusing on ceremony or consummation of relationship). [3]

So, how exactly can we target our gut with yoga practices? First and foremost, it’s no secret that yoga can aid in helping us to reduce the stress in our lives and feel more relaxed. Because the microbiome reacts to any kind of stress (especially due to the gut-brain axis), any disruptions may affect its function and biodiversity. [4] Yogic practices such as breathing have been shown to alleviate stress, contributing to a balanced, healthy gut. [4]

Even Ayurveda, the oldest wellness and medical practice in the world, has recognized the importance of a healthy gut in overall well-being. Certain asanas (yoga postures) have been found to target Agni(our digestive fire), promoting digestion and detoxification in the body. [4] Furthermore, some asanas are associated with improved blood flow and lower blood pressure as a result. [4] Finally, as a form of consistent exercise, yoga may promote microbiome diversity. [4] 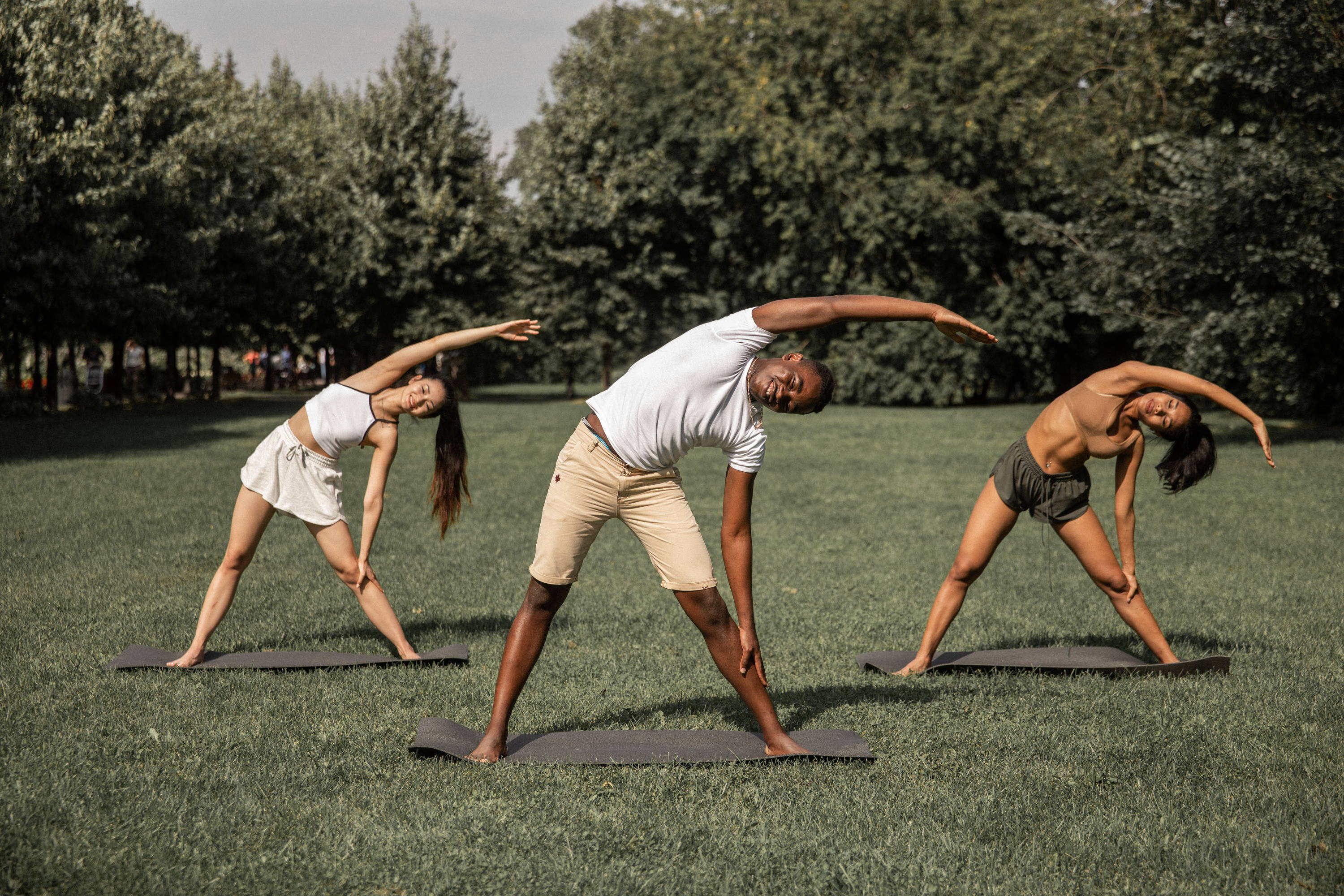 Here are the most effective gut-healing asanas: 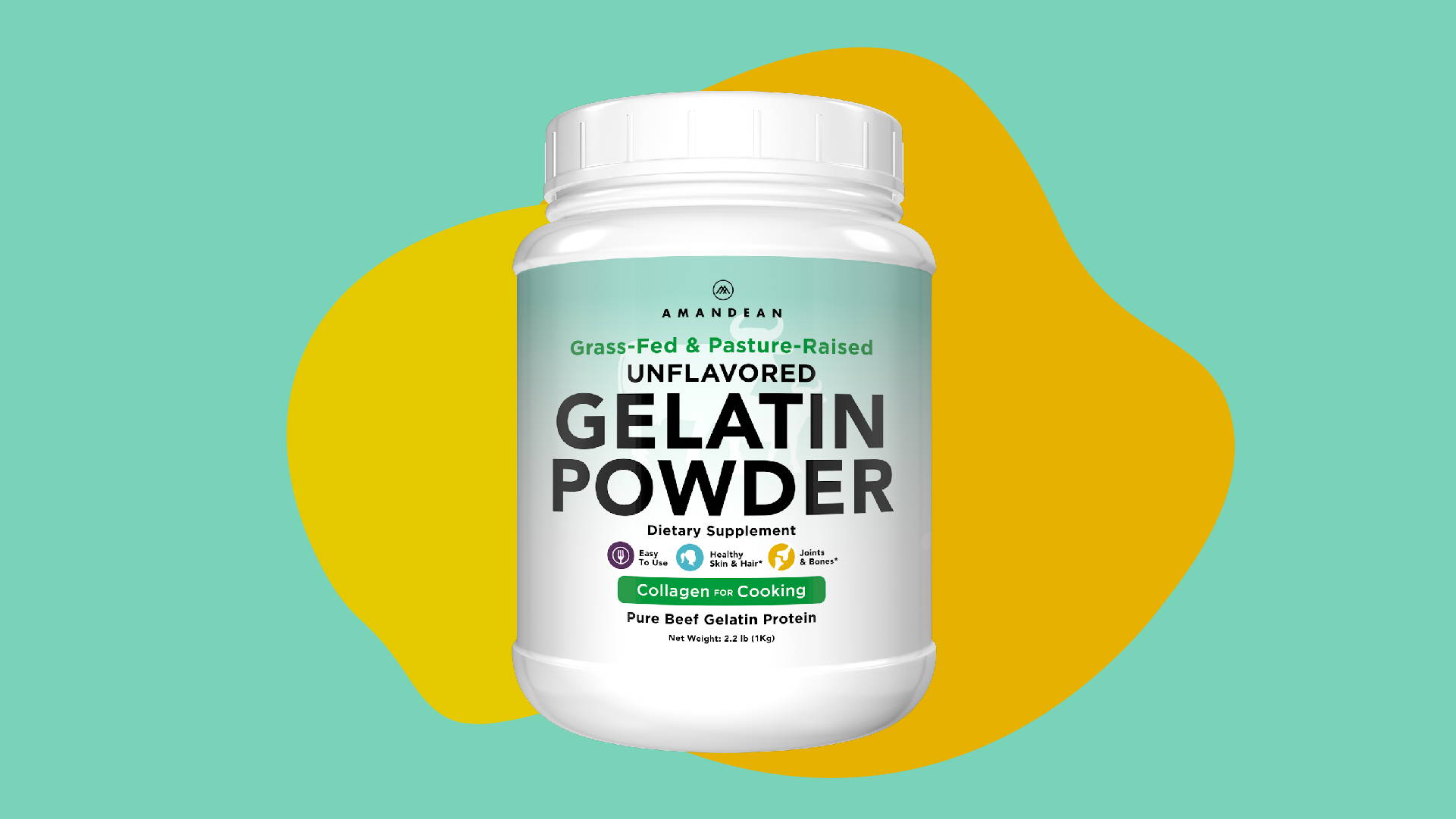 Every true yogi knows that yoga practices can only work if we support our efforts with the right nutrition. Eating for your gut can not only aid in the management of digestive discomfort, but also lower the risk of developing any gut issues in the first place. A healthy gut requires a diverse, nutritious diet packed with whole foods that promote healthy bacteria. [9] According to Medical News Today, these are the foods you should pair with your yoga sessions, while avoiding processed foods as much as possible [10]:

Whether it be yoga, balanced nutrition, or any other healthy habit we’re trying to squeeze into our hectic daily routine, consistency is key. It is crucial to learn to listen to our body and give it what it needs when it needs it, as well as to let go of the “instant results” mindset. Change does take time, but incorporating yoga and supporting it with nutritious, gut-friendly foods and supplements is the best way towards a healthier gut. Looking for non-GMO, natural supplementation? Check out our full assortment in our online store.