Is it Brain Fog or Adult ADHD: Signs and Symptoms - Amandean

What is brain fog?

Brain fog is not a scientific or clearly defined term, but the term "brain fog" is fairly accurate in and of itself. Brain fog seems to impair brain functioning; you have trouble focusing or staying on task, feel dull and hazy, and may struggle with memory. The symptoms of brain fog often overlap with sluggish cognitive tempo (SCT), ADHD, or concentration deficit disorder (CDD).

During the COVID-19 pandemic, many people became aware of brain fog both as a symptom of the virus and a side effect of living through the constant disruptions and uncertainty of the post-pandemic world. Colloquially, many people say they are struggling with brain fog and don't feel like their most productive and mentally sharp selves. While there are no statistics on the prevalence of brain fog specifically, the CDCstated that more than 16 million people in the United States are living with some form of cognitive impairment or dysfunction.

Brain fog can be caused by a number of different things such as stress, not getting enough sleep, medications, hormones, vitamin deficiencies, and health conditions such as anemia, depression, autoimmune diseases, hypothyroidism, migraines, and dehydration. Treating brain fog can be tricky due to its ambiguous potential causes.

ADHD, or Attention Deficit Hyperactivity Disorder, is erroneously believed to only affect children. Due to children's fluctuating energy levels, they can often get misdiagnosed with ADHD. There is also confusion about the ADHD symptoms, which can lead to further misdiagnoses or never being properly diagnosed at all.

ADHD is one of the most common mental disorders affecting both children and adults. According to the American Psychiatry Association, about 8.4% of children and 2.5% of adults have ADHD. The commonly-known symptoms of ADHD are inattention, short attention spans, high activity levels, and difficulty remaining still. Many of these "symptoms" are also common behavior patterns for children, thus early diagnosis or misdiagnosis is common at this age. Those who do not display these symptoms, or don't display these symptoms as frequently or strongly as other students, may never be diagnosed. However, there are actually three distinct types of ADHD with unique symptoms: 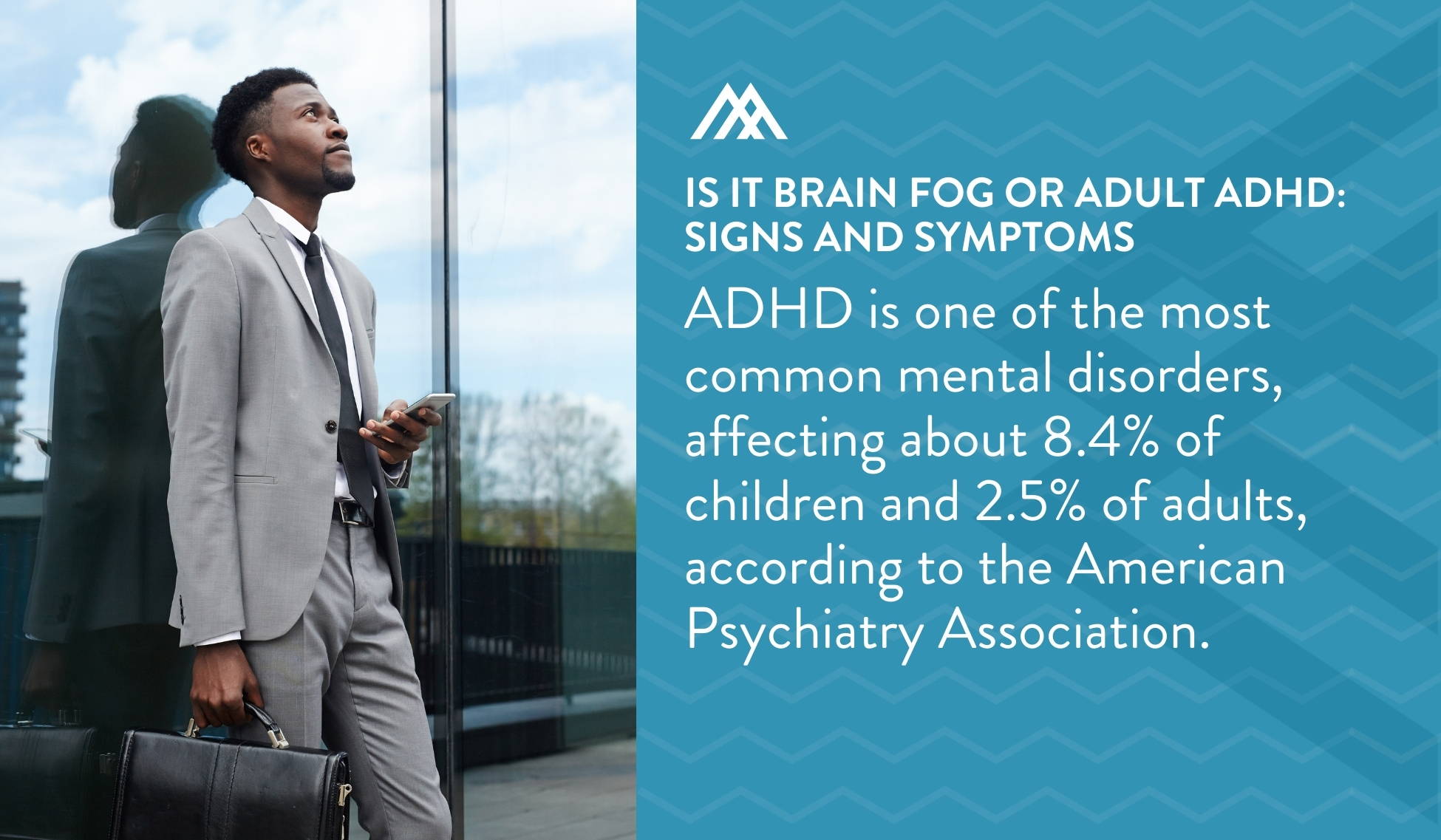 Although ADHD can alter brain function, its symptoms do not correlate with lower cognitive function or intelligence. 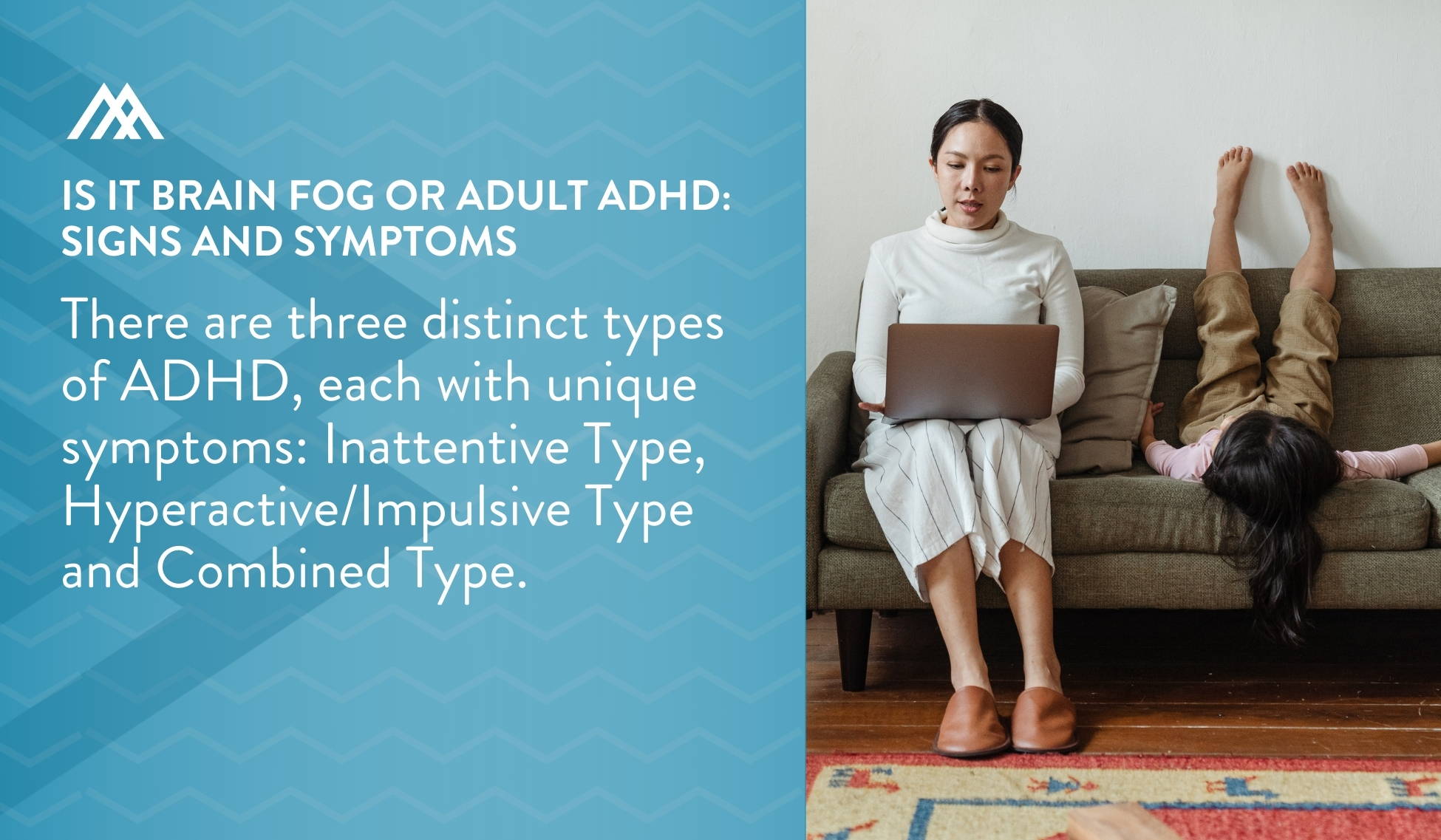 Adult ADHD vs. Brain Fog: Which one is it?!

Because ADHD also inhibits the neurotransmitter dopamine, it can cause you to feel sleepy, apathetic, and foggy, many of the symptoms associated with brain fog and CDD. Unfortunately, this makes it difficult to distinguish between the two conditions. Researcher Russel A. Barkley suspects that up to 54 percent of those diagnosed with ADHD, predominantly the Inattentive Type, may also have CDD. Currently, there is no single medical, physical, or genetic test that can accurately diagnose ADHD among children or adults. According to Children and Adults with Attention-Deficit/Hyperactivity Disorder (CHADD), just one visit with a doctor or mental health care professional is not enough for an accurate diagnosis. However, diagnosis can be done by checking your symptoms against ADHD symptom checklists, standardized behavior rating scales, a detailed history of past and current functioning, and information obtained from family members or significant others who know the person well. 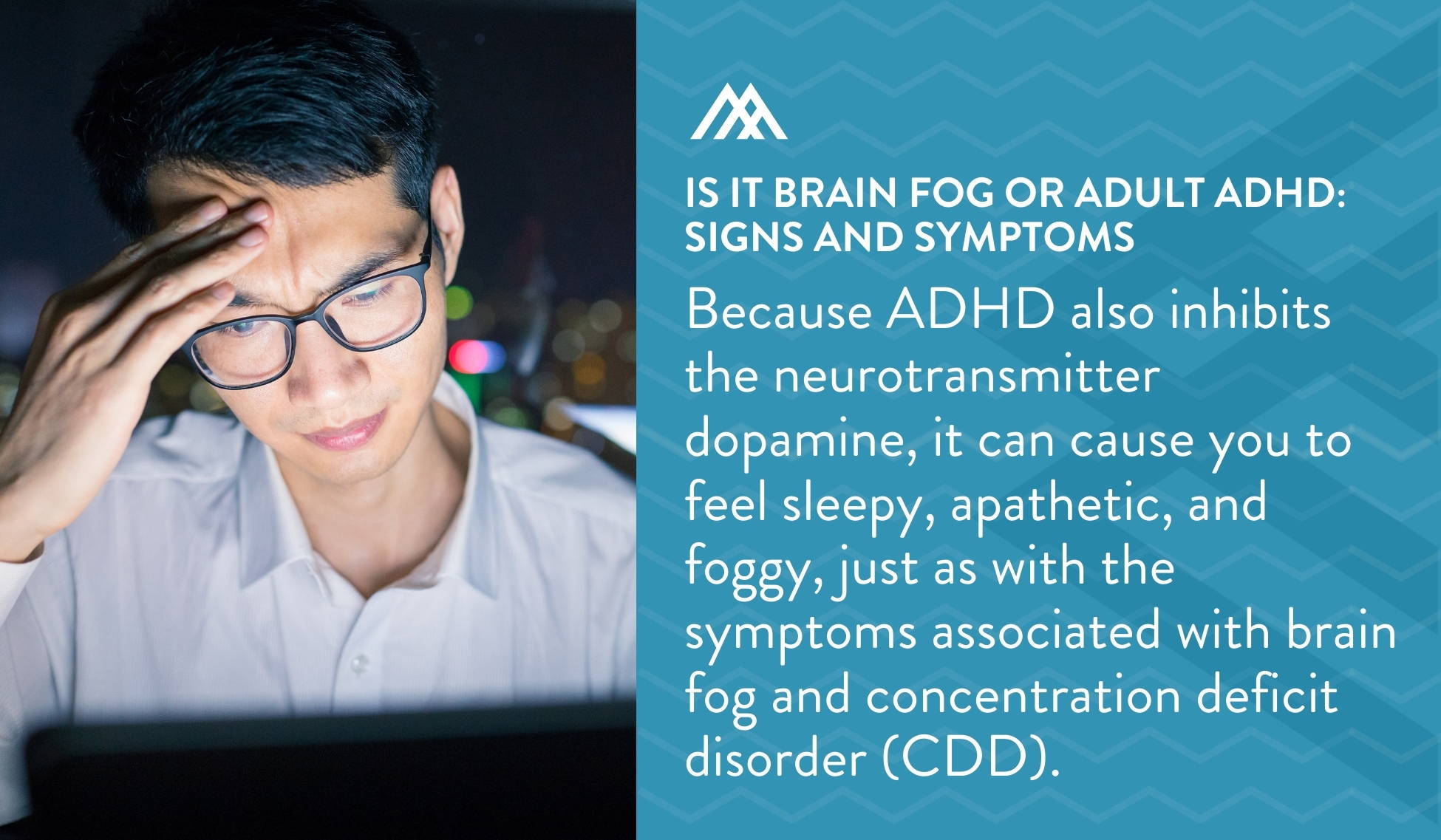 If you are struggling with brain health, mental clarity, and feelings of fogginess, seek medical advice from a trusted healthcare professional. You may technically have both brain fog and ADHD but regardless of a diagnosis, there are treatment options to help.

Tips and Treatment Options for ADHD and/or Brain Fog

If you are diagnosed with ADHD, your doctor may recommend ADHD medications as part of your treatment plan. Depending on which type of ADHD you have, a stimulant or non-stimulant may be recommended to help you stay focused or get motivated to do a task. Common medications include Adderall, Vyvanse, Ritalin, Strattera, and Concerta. These medications do have associated side effects and should be monitored closely, so it is important not to self-diagnose or self-medicate.

If you haven't been diagnosed with ADHD and don't have an adult ADHD treatment plan from your doctor, there are still things you can do to beat brain fog and improve your productivity, sharpness, and overall cognitive function including: 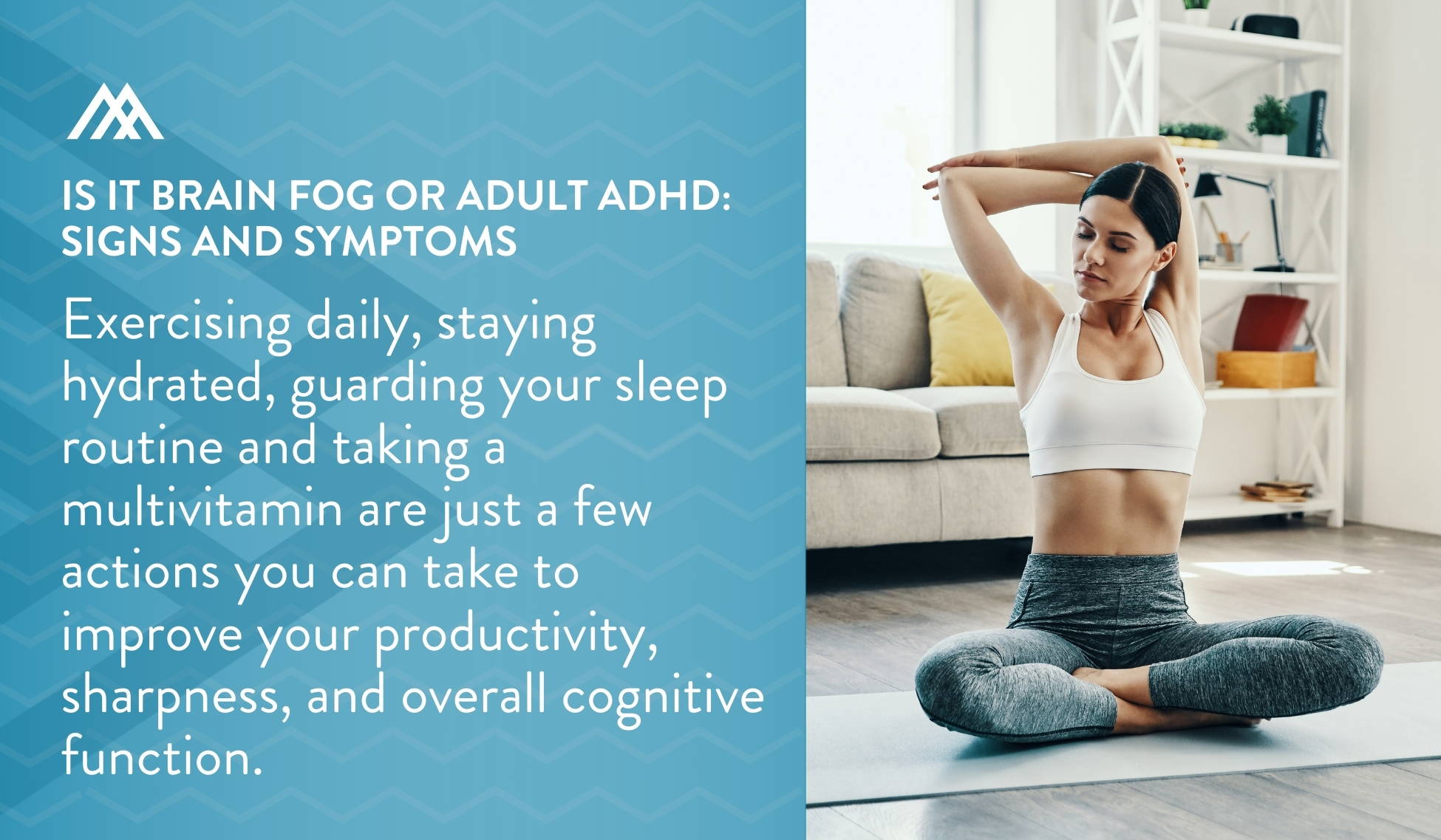 It is no secret that the cost of living has sky-rocketed, and dealing with the consequences of inflation is no walk in the park. While you may be forced to make wiser choices and cut back on certain luxuries, we believe that self-care and optimized nutrition should not be compromised in the process. Does your collagen routine fit into your new and improved shopping list? Keep on reading to learn how to get the most out of your collagen products on a budget.
Read More